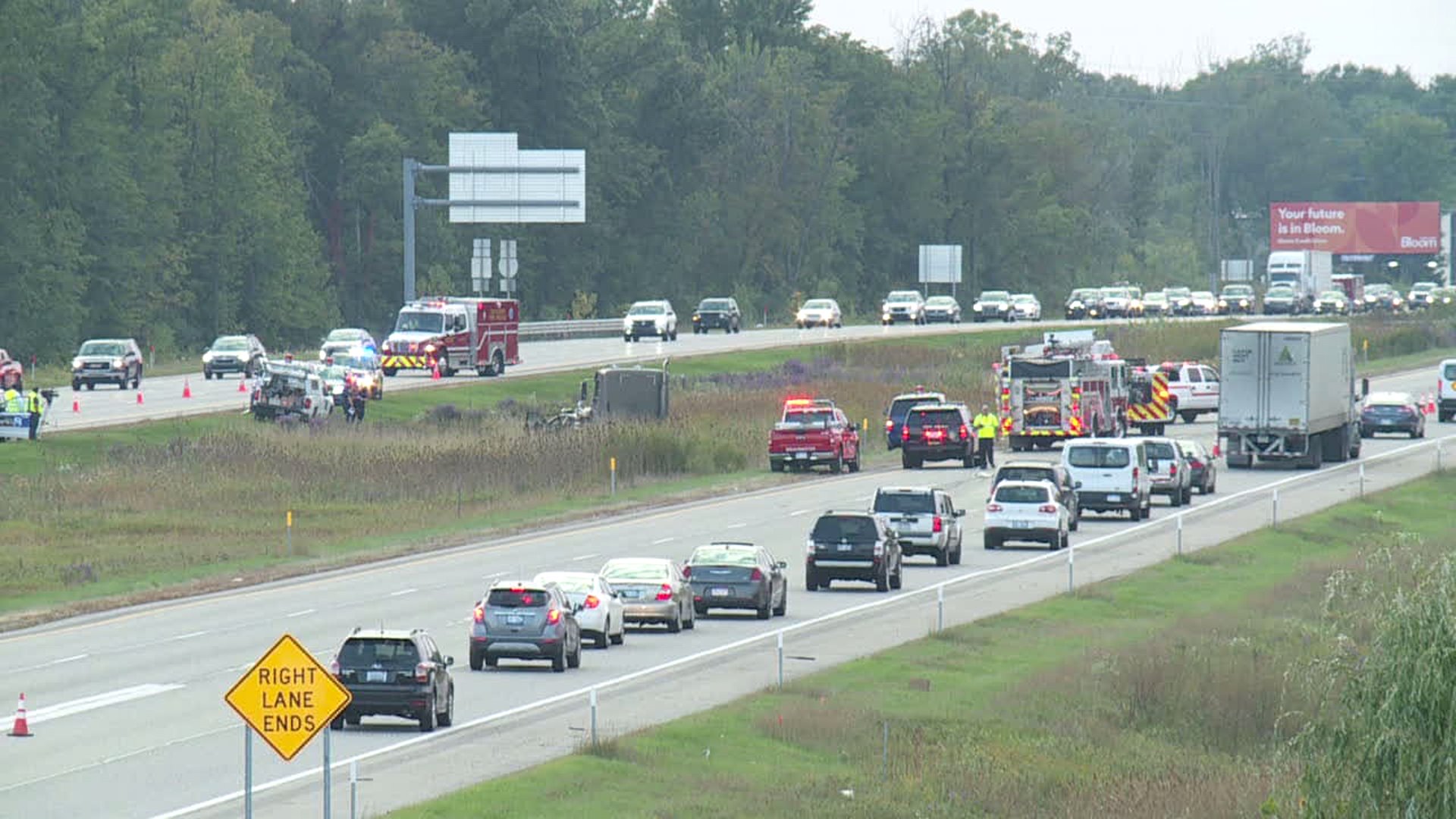 GAINES TOWNSHIP, Mich. -- Three children were injured just after 6 p.m. Wednesday when a semi-truck collided with a Toyota Corolla.

The Corolla was stopped in a traffic jam on M-6 just west of the entrance ramp from Broadmoor Avenue. The driver, a 35-year-old Kentwood man, and his three children were all properly restrained in the car when the truck collided with its rear end.

The semi was not pulling a trailer.

Emergency crews had to extricate the three children from the car. Two of the children, ages 4 and 8, were treated for minor injuries, however, their 6-year-old sibling was taken to Helen DeVos Children's Hospital for serious injuries.

Michigan State Police says they do not believe the child's injuries are life-threatening. All the children were properly restrained in the car.

Neither the driver of the Corolla or the 48-year-old Hastings man driving the truck were injured, and police do not believe alcohol was a factor in the crash.

Westbound M-6 was closed during the investigation, diverting traffic onto Broadmoor Avenue. The highway was reopened around 9:30 p.m.