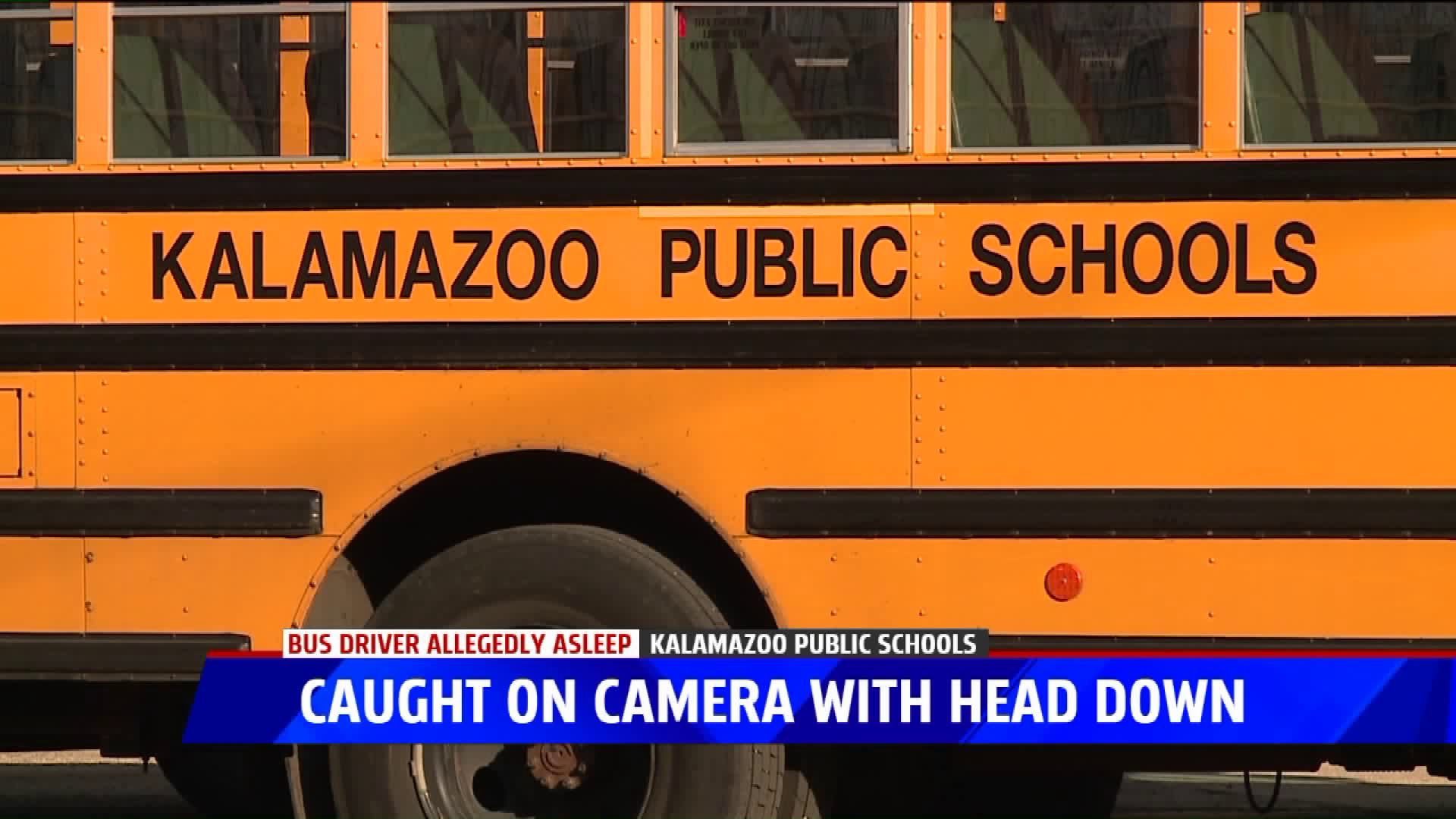 KALAMAZOO, Mich. -- Kerah Voss is upset with what she says is the lack of communication between the school district and parents regarding busing.

The Kalamazoo mom says she dropped her sophomore daughter off at the bus stop a few doors down from their house at around 6:45 a.m. Wednesday. She says the bus is scheduled to pick up her daughter at 6:55 a.m. As of 7:15, the bus still wasn't there.

“I don’t know the whole story, but I know when I’m in between meetings at work, I don’t take a nap."

Voss says her daughter began walking to school with a group of other kids who were also waiting for the bus when it didn't show. Along her walk, her daughter caught up to her bus driver and took a video of the driver with their head down on the steering wheel.

“I don’t know the whole story, but I know when I’m in between meetings at work, I don’t take a nap,”  Voss said.

The school district maintains that the bus driver completed their route, issuing a statement to FOX 17:

"Today, a video was posted on Facebook and shared with the media in which a Kalamazoo Public Schools bus driver appears to be “sleeping on the job”.

Calls to this parent who posted the video to obtain additional information regarding her daughter not being picked up today were not returned.

After checking the GPS for bus number 17-87, it was determined that the first tier of the driver’s route to Loy Norrix High School was completed at approximately 7:10 this morning. The first pick-up time for the driver’s second tier, an elementary route, is not until 7:38 a.m. The GPS does show the empty bus pulled over with its flashers on during the time between routes. It is not uncommon for drivers to have a short period of time in between routes. They are instructed to pull over and wait to keep on schedule.

Kalamazoo Public Schools has very dedicated bus drivers. During the beginning of the school year we evaluate our routes on a daily basis. We are also continuing to recruit and train substitute bus drivers."

Voss says this isn't the first time something like this has happened.

“The very first time it happened, (my daughter) got a ride with someone else's parent from the bus stop,” Voss said.

And at first, she blamed her daughter.

“I wasn’t sure if I believed she missed the bus. I thought maybe she was just late for the bus, and it was her fault. But she was very adamant, that she was there and she was waiting," she said.

Voss says now she has a lot of questions for the district regarding busing, adding that this could all be solved with better communication with parents.

“There’s just no communication. I just find out, my daughter is walking to school in the dark for three and a half miles."