Widow struggles to get movement on life insurance claim 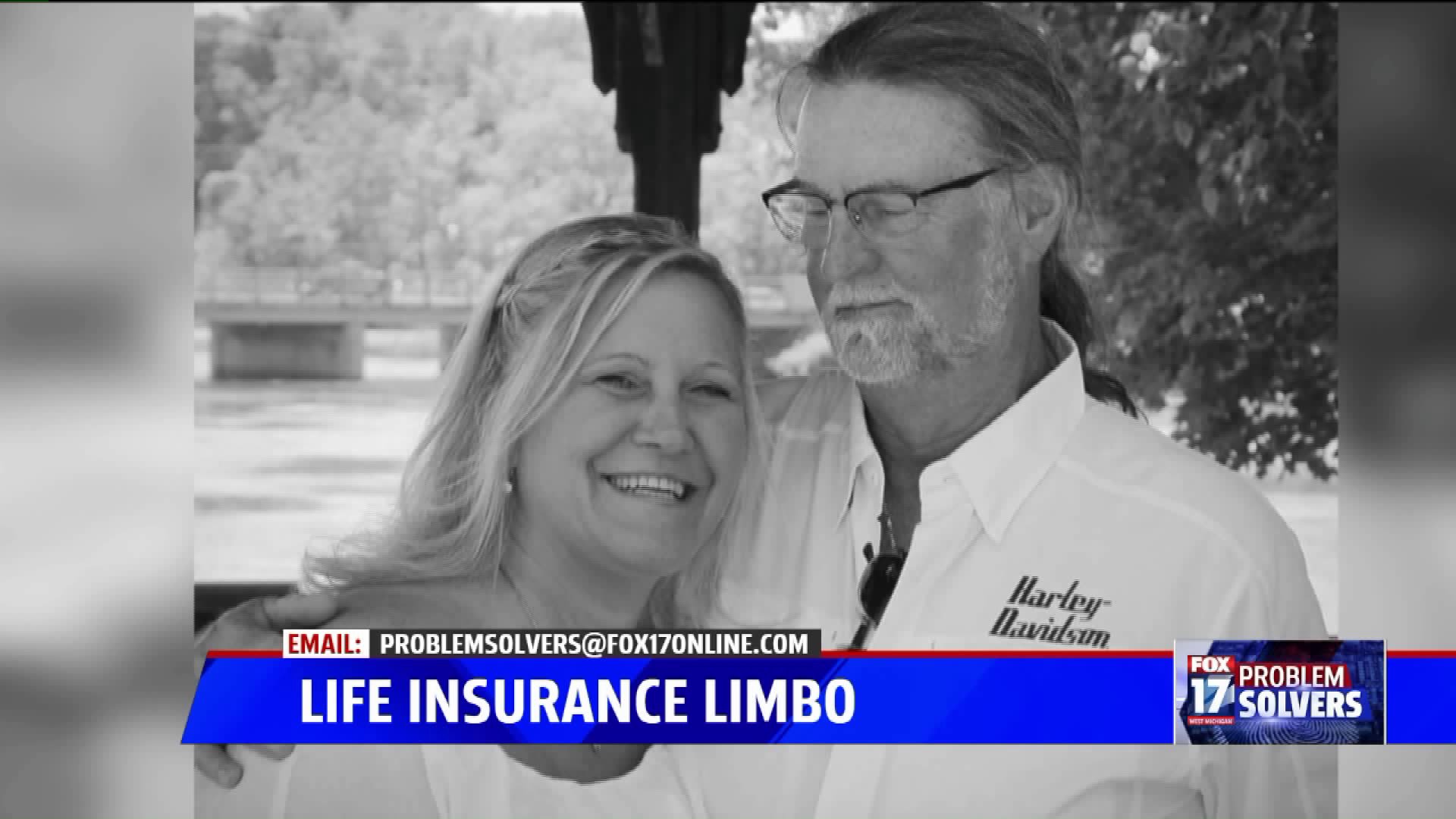 WAYLAND, Mich. — You pay insurance in the event something goes wrong. For Victoria Dame, that was the unexpected death of her husband.

She says the struggle to claim his life insurance hasn't made the grieving process any easier.

"It's paid for. I'm not asking for something I didn't deserve. We paid for it," Dame said.

She says she took out her AFLAC policy before the two got married last year and added him on once they tied the knot.

Richard Dame passed away April 4. Victoria says she notified AFLAC on April 16 and sent the company a copy of his death certificate. She said she also offered to send information in May that the insurance provider requested from Metro Health.

She says by now she at least would've expected to hear if her claim was denied, but she says AFLAC has continued to charge for his monthly premiums.

"I don't understand what the hold up is. My husband died of a heart attack. It was not expected. He didn't have any condition that — it just happened," Dame said.

In the meantime, she says she has burial-related expenses, credit card debt and bills to try and pay down off one income. She says she reached out to the Problem Solvers to not only put an end to her frustrations but to also make the process smoother for others.

"I'm a young widow. I have ... I can stand up for myself. What if this was an older woman or an older man that doesn't understand? I would hate to see this happen to somebody else," she said.

FOX 17 contacted AFLAC corporate, but hasn't heard back yet. Dame's information has been forwarded so someone can take a look and get back with her on her claim. We'll let you know how this turns out.