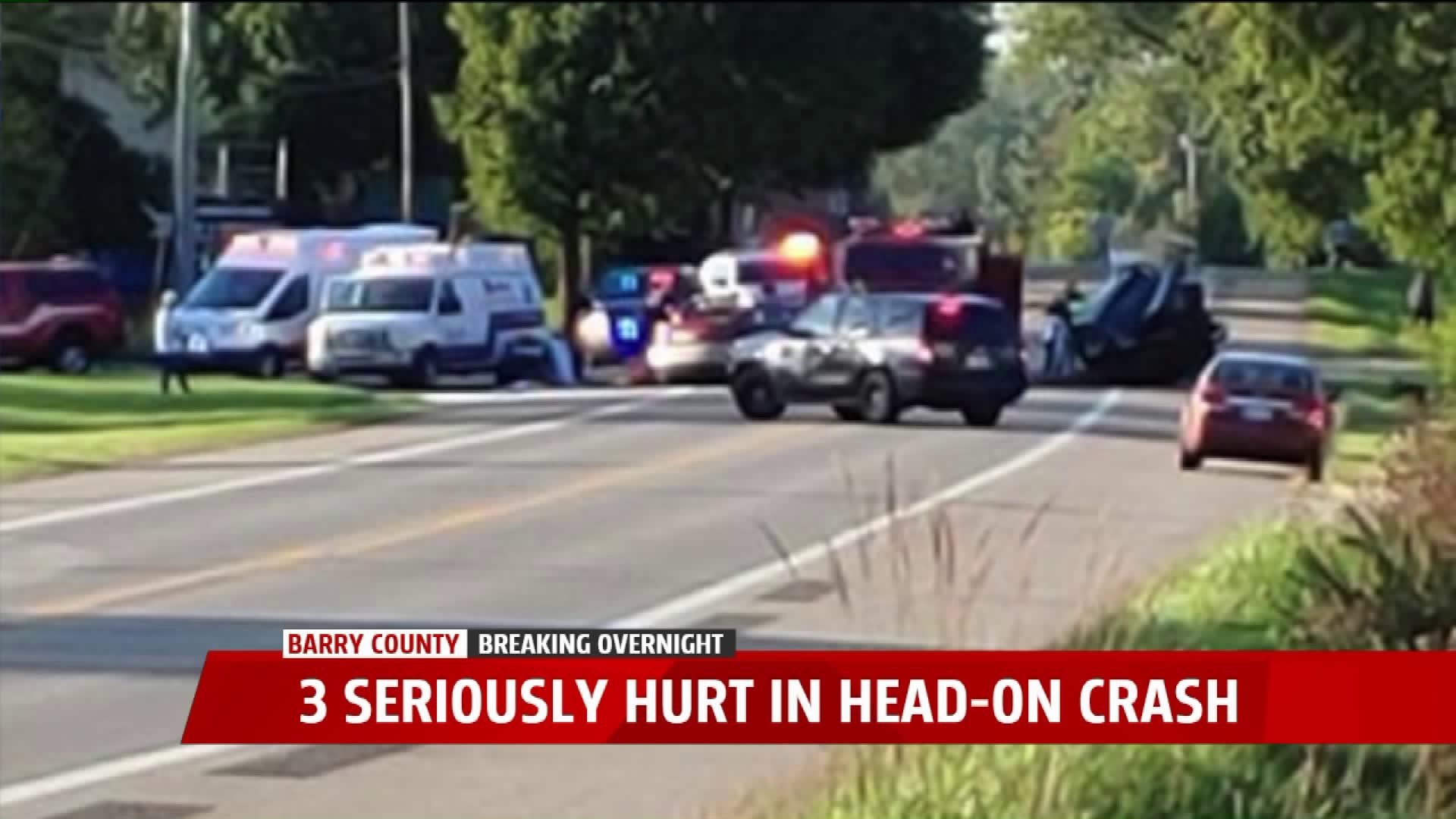 HASTINGS TOWNSHIP, Mich. -- Two people were airlifted and another person hospitalized after a head-on crash in Barry County.

It happened just before 6 p.m. Wednesday near the intersection of M-37 and River Road, in Hastings Township.

Deputies say the driver of a Ford Ranger was traveling north on M-37 and crossed the center line and hit a Subaru Outback head-on.

The crash caused serious injuries to both drivers who had to be airlifted to a nearby hospital. The drivers have only been identified as a 28-year-old Hastings man and a 41-year-old man from Woodland.

A passenger in the Ford Ranger, only identified as a 48-year-old woman from Nashville was taken to an area hospital with serious injuries.

It is not yet clear what caused the crash. No names have been released.