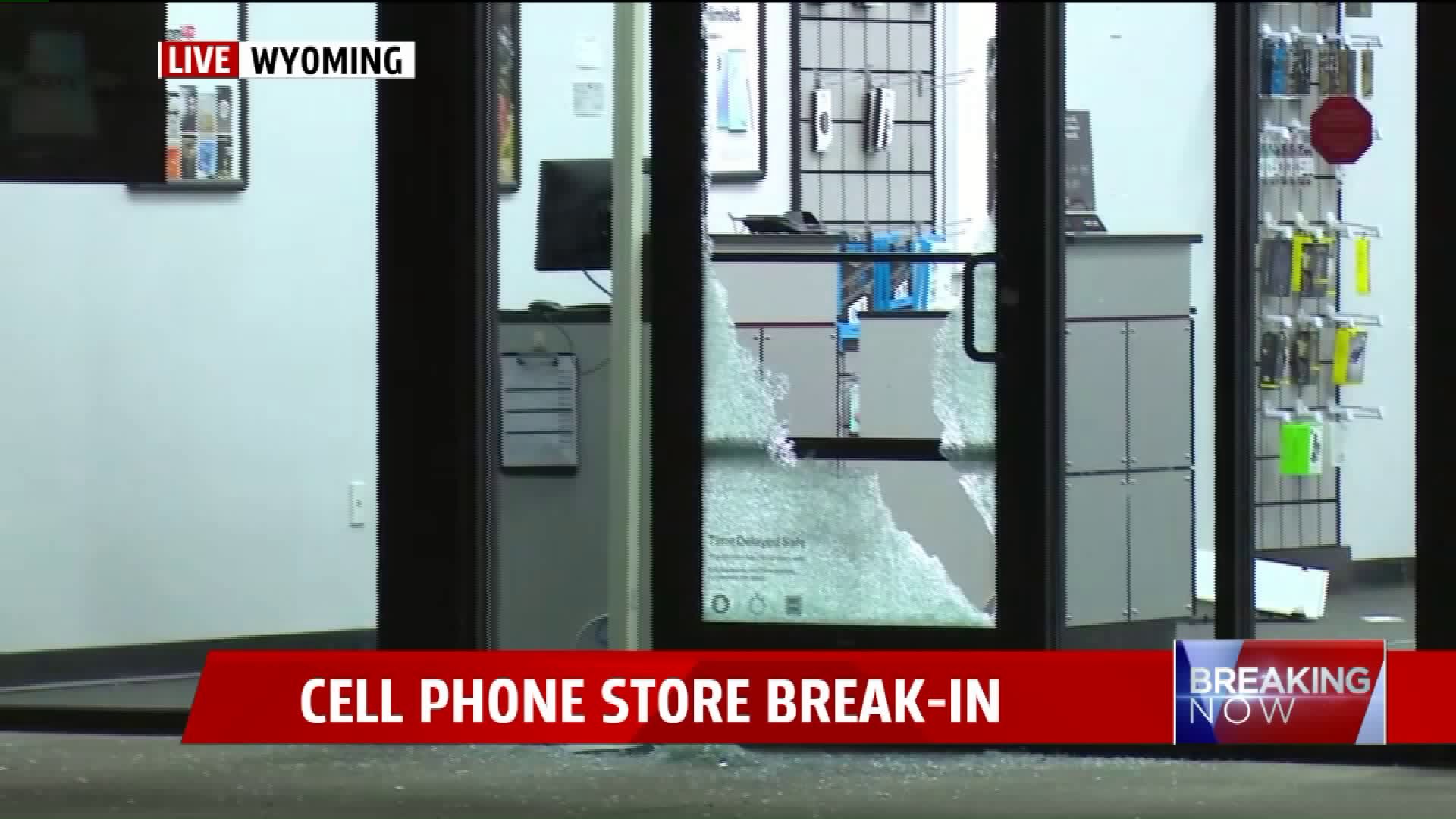 WYOMING, Mich. -- A suspect has been arrested after another break-in at a Wyoming cellphone store.

Police arrived to find the glass front door shattered but said there wasn't much taken in the break-in. Shortly after receiving the store's alarm call, an officer stopped a car for suspicious activity.

Officers say the vehicle fled the stop, but investigators knew enough about the vehicle to continue and eventually found the driver.

Police say the suspect is a juvenile.

The day before Thursday's break-in, someone broke into Fortitude Computers on 28th Street and stole items from inside. Since then, police have arrested a suspect in that incident.

This break-in comes as a rash of cellphone store break-ins have happened across West Michigan. Investigators haven't determined if Thursday either incident is related to any of the others.