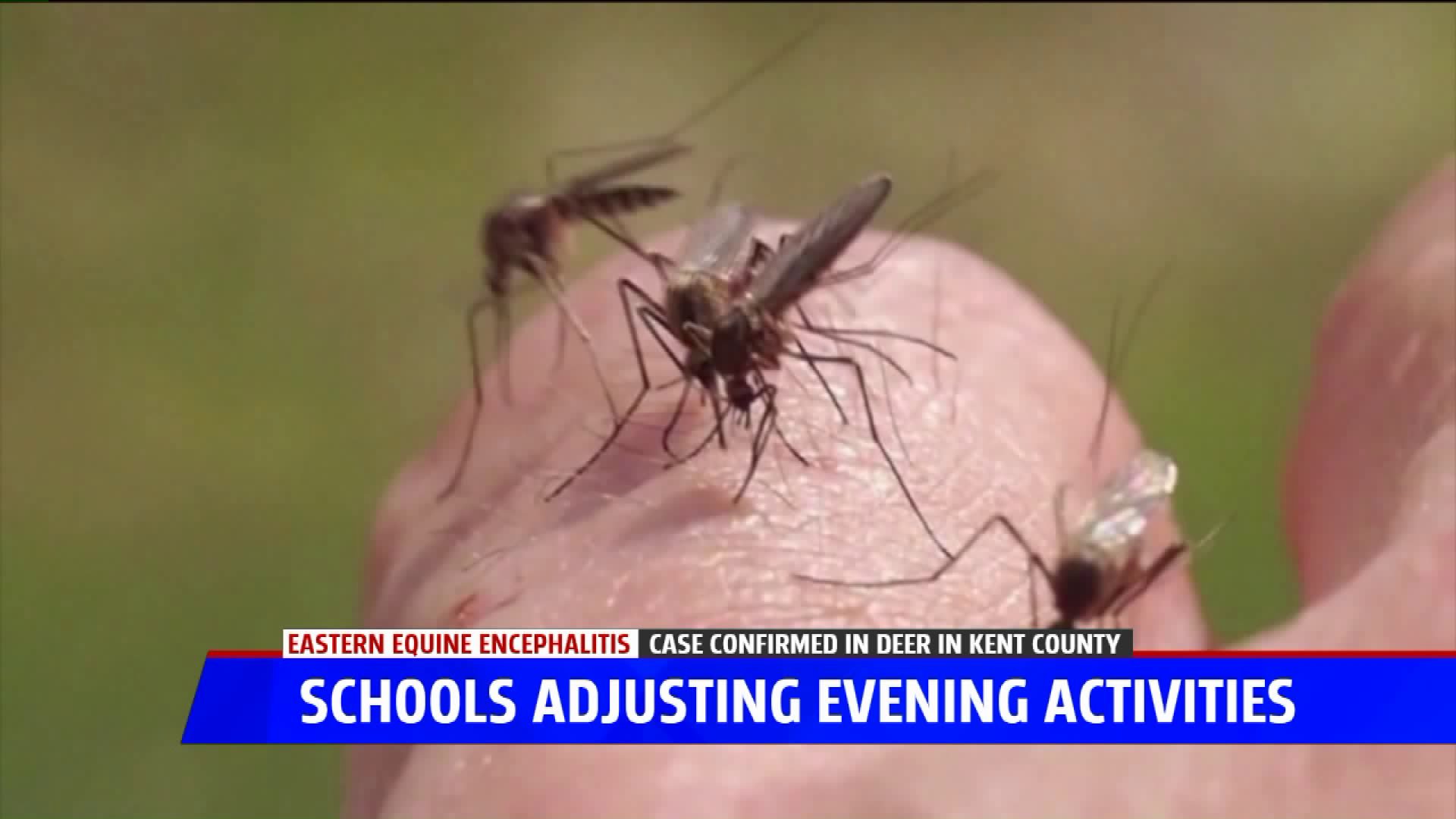 The Michigan Department of Health and Human Services advised all counties impacted by the EEE outbreak to postpone or reschedule outdoor activities to prevent further infections.

"We are going to do it on a day-by-day basis," GRPS Spokesperson John Helmholdt said. "We are looking at those games and activities that are outdoors."

"We want our parents to know that we take this seriously," Helmholdt added. "It's serious enough for the public health officials to put this out there that we are going to take every precautionary measure, including communicating with parents, about what they can do on the home front to prevent any mosquitos bites."

Health officials recommend limiting exposure during dusk or at night, wearing long sleeves and pants, and using insect repellent that has DEET, simple precautions to protect against a virus that's becoming more prevalent in our area.

"In the past 10 years, we had seven cases combined, and this past summer we have now had our eighth documented case," said Dr. Russell Lampen, an infectious disease specialist at Spectrum Health. "There’s certainly been an uptick, and it appears the virus is more widespread in Michigan than it ever has been."

The vast majority of people who get infected will have very few if any symptoms at all. Some include low-grade fevers and body aches.

EEE can be fatal. Three people in Southwest Michigan have died of EEE this summer.

"I think until we have a true understanding of how many mosquitos are infected and how large the disease burden is in the environment, I think it's reasonable to take these precautions," Lampen added.

So far, GRPS has rescheduled the following events:

East Grand Rapids has also changed events for Thursday and Friday. JV soccer for Thursday has been canceled and varsity will instead play at 5:30 p.m.

The Pioneers' JV football game has been moved to 5:30 p.m. Thursday.

The district has also canceled the homecoming parade Friday and moved up the game to 5 p.m.

Kenowa Hills has also moved its homecoming game up to 5 p.m. Friday.

In Allendale, freshmen and JV football games will be played with shortened quarters, and no quarters will start after 8 p.m. Friday's varsity game will be played at 5 p.m.