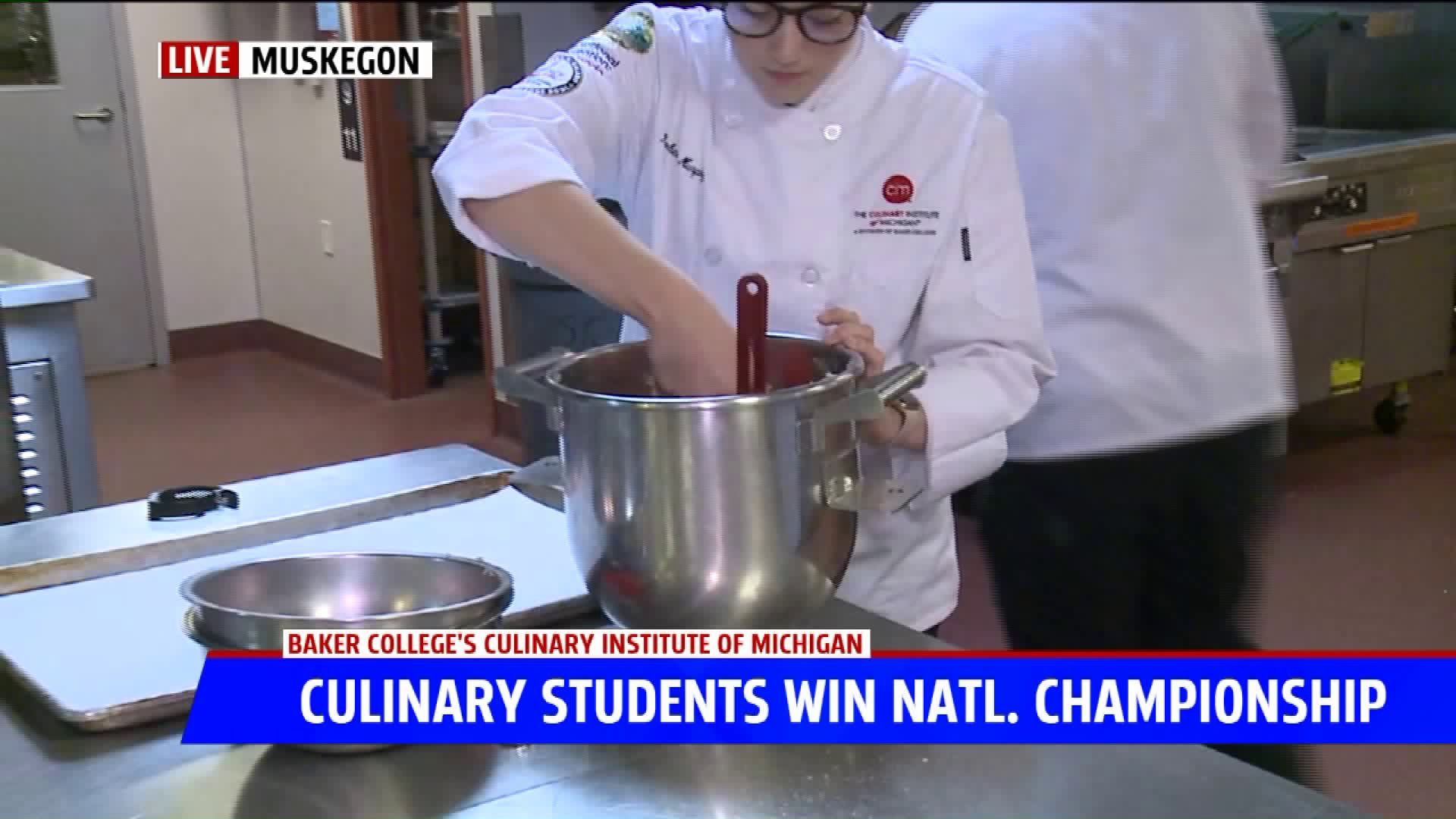 The team of four student chefs, all of West Michigan, earned the CIM’s first-ever ACF Knowledge Bowl national title at the competition finals on Aug. 7 in Orlando.

Formally known as the ACF Baron H. Galand Culinary Knowledge Bowl, the competition includes multiple rounds of a “Jeopardy”-style trivia competition, with questions covering topics such as nutrition, baking, culinary math, safety and sanitation and the arts of classical and modern cooking.

“They absolutely crushed the opposition … Our team never lost a round,” said Chef Tom Recinella, CEC, AAC, HGT, Baker College’s Dean of Culinary.  "In my 32 years being involved with the ACF, I have never seen such a dominating win at the National Championship. It really speaks to the dedication and devotion of their coach in preparing them, as well as their own drive and focus.  This is a real feather in our cap here at the CIM.”