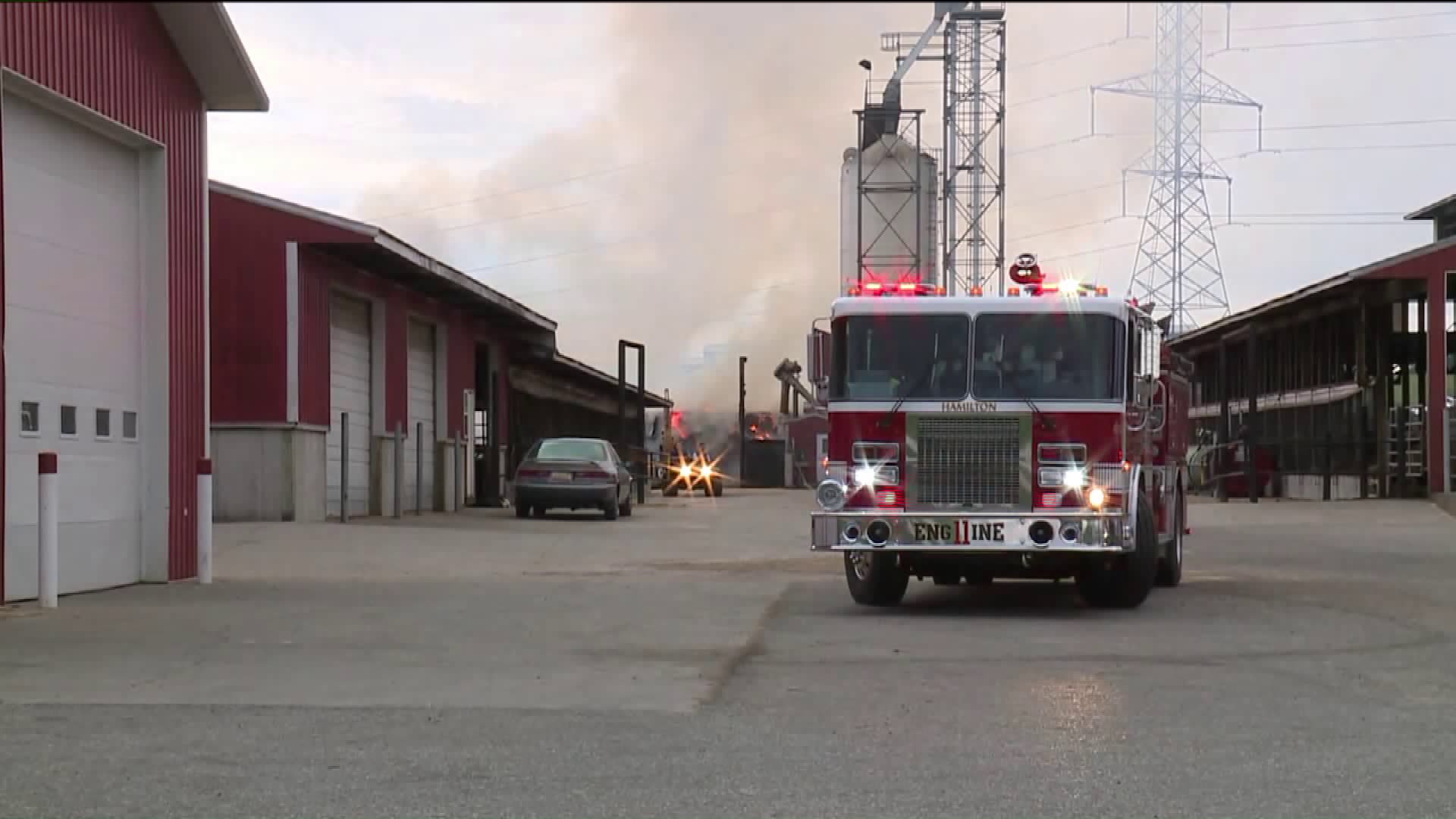 HOPKINS, Mich. -- Multiple fire departments were called to put out a large fire at a building in Hopkins.

The initial calls for the fire were received shortly after 7 a.m., about a barn off 130th Avenue near 28th Street.

We're told no animals were inside the barn and no one was hurt, however the barn did have feed products and other related items inside.

The cause of that fire remains under investigation.