Pittman steps up as a senior leader for Kalamazoo College football 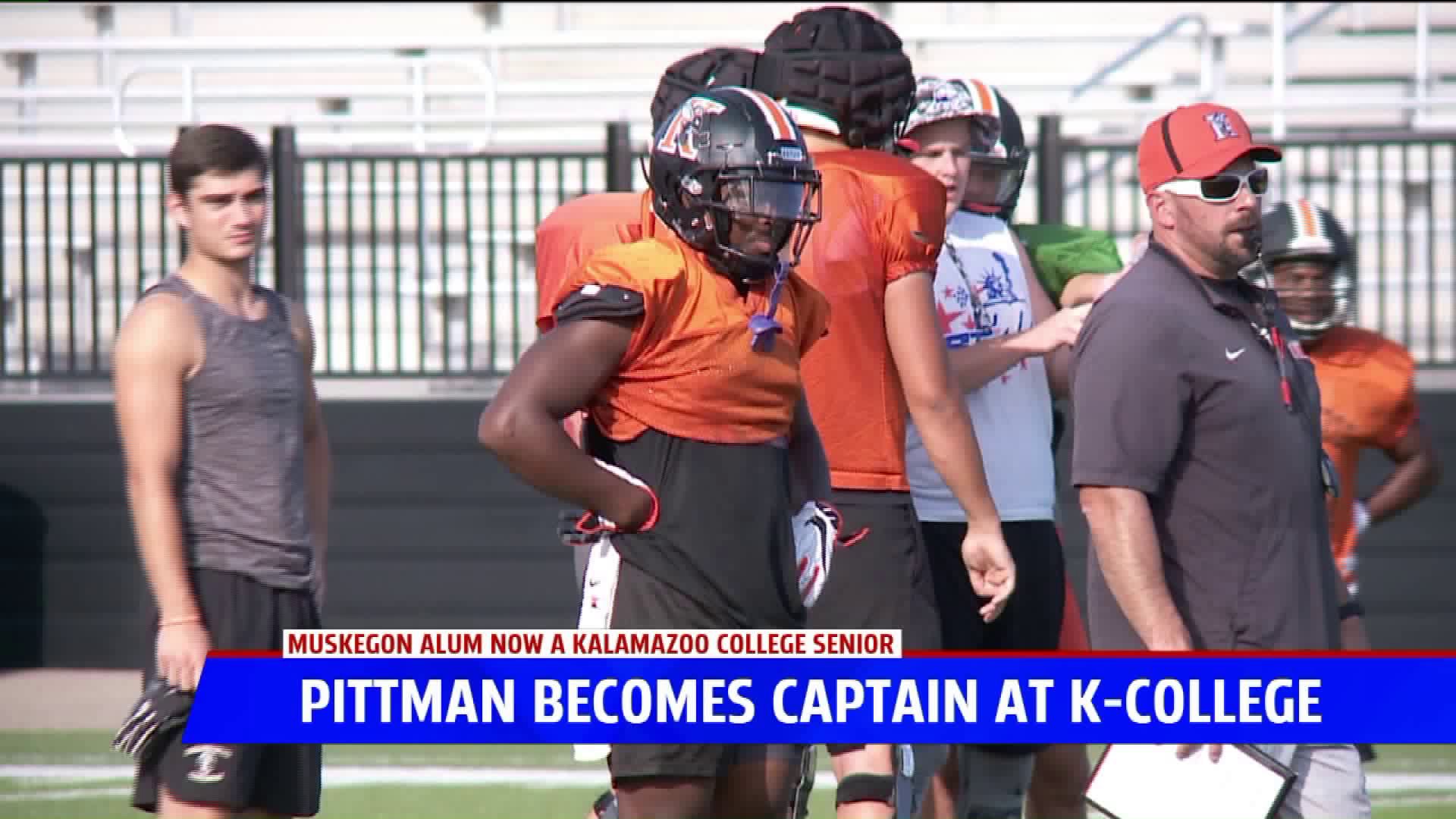 KALAMAZOO, Mich. -- Just four years ago, Jared Pittman was a captain on the Muskegon football team as the Big Reds looked to make another deep playoff run. Now, as a senior at Kalamazoo College, Pittman is back in the position of captain and is an asset for the Horents, both on and off of the field.

"I can honestly say he's one of the finest leaders I've ever been around," head coach Jamie Zorbo said, "he is a very influential person, he has a magnetic personality, he's someone you want to be around and you want to follow him into the fire for sure."

Pittman has led Kalamazoo College in rushing each of the last two season's and is on his way to doing that once again this fall. However, it's his leadership that he takes pride in.

"I've grown a lot as a leader," Pittman admitted, "I've grown in my versatility as a leader, I'm learning how to lead guys and when to approach them and leading the coaches as well, I've always been taught from my high school coach, Shane Fairfield that the best teams are player led teams, so I've really taken that and embodied that in my leadership style."

The Hornets have a bye week this week before opening up MIAA play. As for Pittman's future, he'd like to become a football coach and stay around the game.