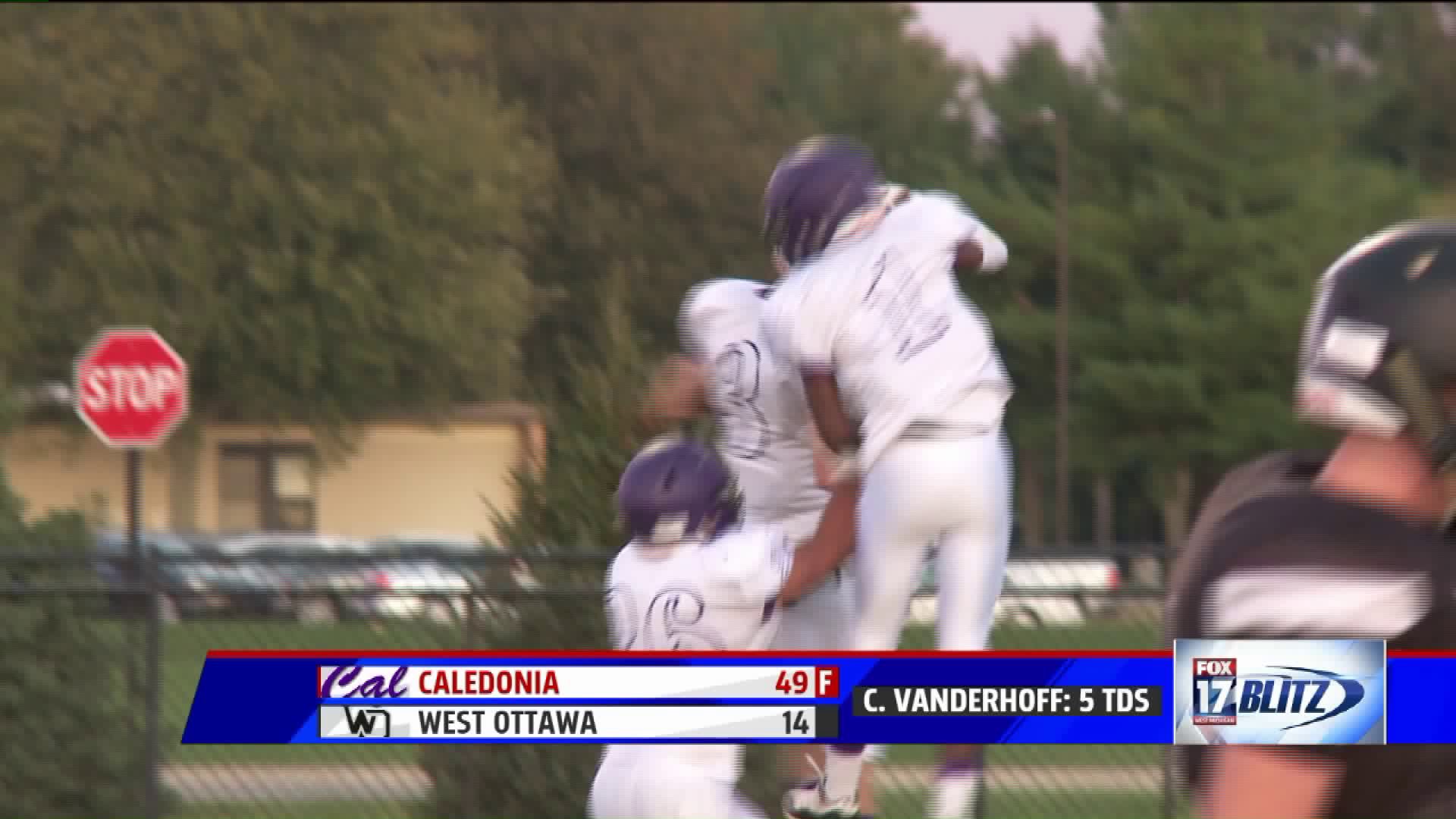 CALEDONIA, Mich. -- The Caledonia offense was clicking on all cylinders on Thursday night against West Ottawa. The game, originally scheduled for Friday night, was moved up to Thursday due to the threat for severe weather.

The Scots offense struck early and often as Jax Kinninger found Jack Snider for two first half scores. Meanwhile, Scots junior running back Carson VanderHoff made his presence known with two touchdowns on the ground to give Caledonia the 28-7 lead at half.

In the second half, it was more Scots as VanderHoff added three more scores to bring his total to five on the evening. The Scots would roll to the 49-14 win to improve to 2-3 overall and 1-2 in the OK Red.