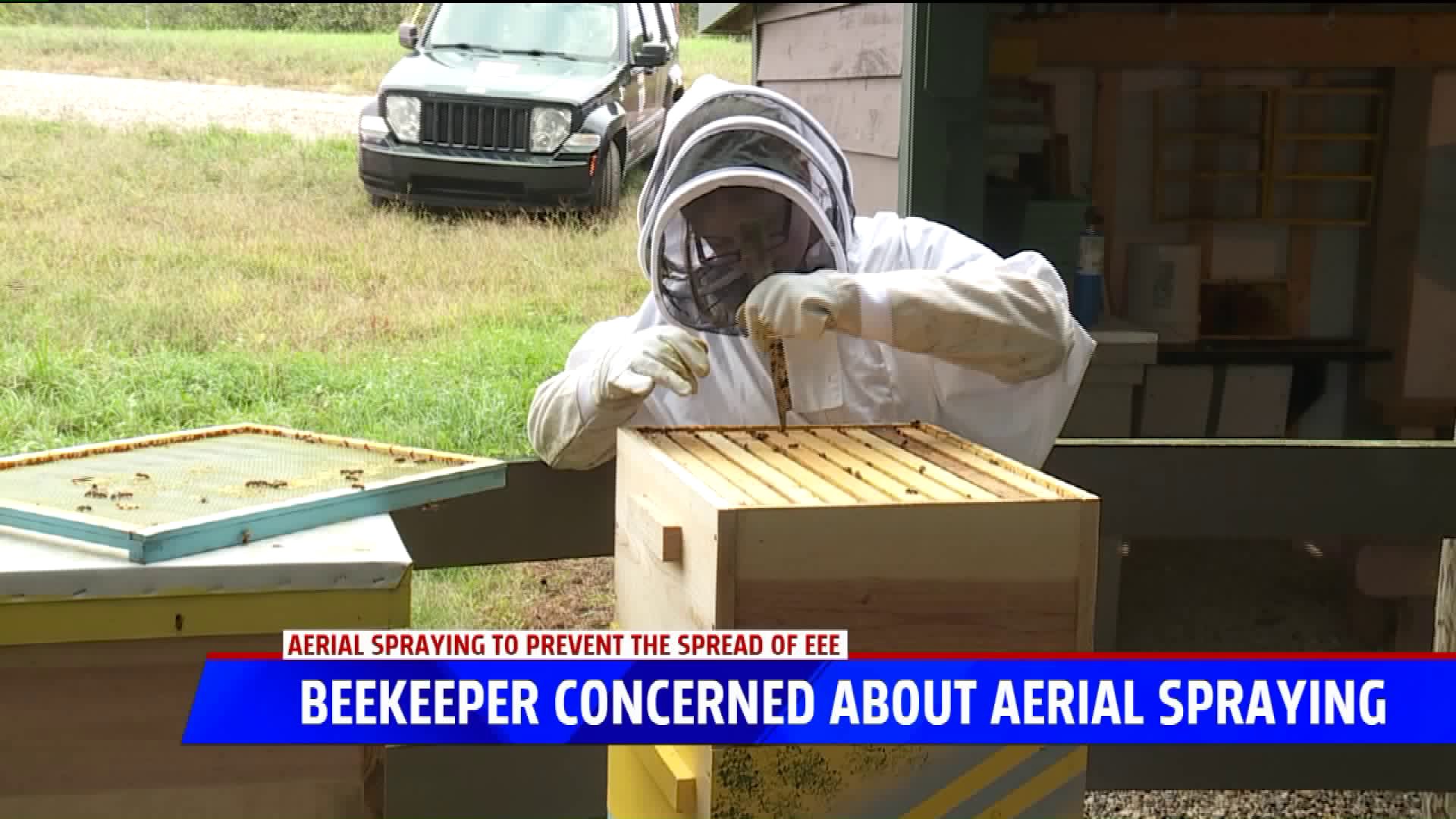 CLIMAX, Mich. -- The pesticide to be sprayed across West Michigan Sunday night will hopefully kill mosquitoes that have been spreading the EEE virus.

But it could also cause some unintended deaths in insects very important to our food supply.

The state says honeybees will most likely be in their hives during the time of spraying but local beekeepers are taking no chances before Sunday night.

"It's an unfortunate consequence for what we have going on right now, and there are going to be losers in every way, unfortunately," Master Beekeeper Wrifton Graham said.

Just 24 hours before the state will begin spraying for mosquitoes, beekeepers in Kalamazoo County are collecting honey from their hives.

"Pulling all the honey out of the hives before they spray because after they spray we wouldn’t suggest eating the honey anymore," Graham, said.

Wrifton Graham is a master beekeeper, educator and owner of Great Lakes Bee Supply in Galesburg.

Graham is warning bee keepers across southwest Michigan about the potential effects from the pesticide and telling beekeepers to lock up their hive and keep them locked for at least a day after spraying.

"So they can’t get out, so they don’t get into anything. [We're] providing a water source inside the hive so when we do open them back up, they can get to a clean source of water. Basically just try and keep them out of things as much as we can," Graham explained.

It’s a method he hopes will keep the majority of hives healthy in the short-term.

"Once they leave them locked in we let them back out of the hives we hope the things that they are landing on aren’t going to affect them," Graham said.

"Unfortunately there’s not a lot we can do for native insects," Graham added.

Bees play a very important role in pollinating certain types of plants and trees critical to our food supply.

Beekeepers already battle massive die offs and colony collapse disorder over the past decade, so protecting every honeybee is vital.