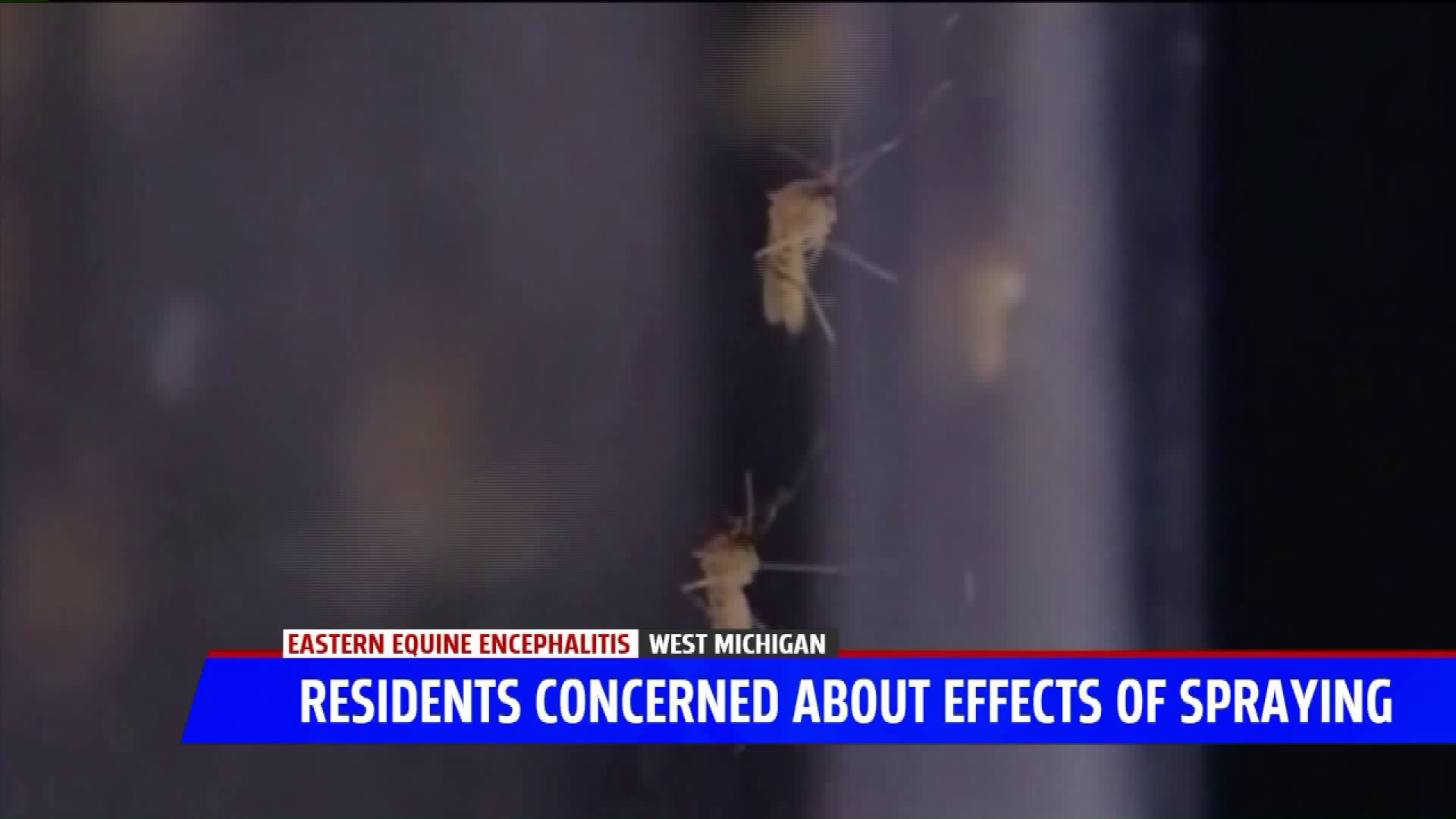 BARRY COUNTY, Mich. -- The state health department says the spray it will use to kill mosquitoes is not harmful, but there are still concerns.

Barry County resident Susan VanHorn is very worried about pesticides being sprayed from above.

"I don’t have the solution, I wish I did," VanHorn said. "I hope that we can come up with something else."

VanHorn says a friend of hers had an allergic reaction to similar spraying in Florida.

"I understand that there’s huge issues and we need to do something," VanHorn explained, "but seeing the effects of what that spray can do, people cannot be out in it if they're sensitive or, even if not, if they have allergies or immune issues or things like that. It's a concern of mine, and I really don’t want my home sprayed or my yard sprayed."

FOX 17 spoke with Clarke, the company contracted by the state for mosquito spraying. They maintain the product poses no risk to humans or the environment. "You don’t need to take any extra special instructions or steps to protect yourself during the application," Clarke spokesperson Laura McGowan said. "There’s no reason why you could not be outdoors while it’s being applied."

"Certainly people who have particularly sensitive immune systems or other health concerns should speak to their physician," McGowan added.  "You can go indoors, close your doors if you need to."

The company says the amount of pesticide is very small but effective in taking out nearly 90 percent of the mosquito population in areas where it's applied, significantly cutting down on the spread of the EEE virus.

“It’s going to be applied aerially in very small doses, about a tablespoon treating an area as big as a football field,” McGowan explained. “We’re talking about products that have very small amounts of active ingredient in droplet sizes designed to interact with mosquitos' biology."

The state says while its not necessary for pet owners to keep their pets inside, they certainly can do that during the application. They recommend ornamental fish ponds be covered.

Anyone with concerns about the application can reach out to the state health department. They also can opt out of having their property sprayed by emailing the state at EEE@michigan.gov 48 hours before spraying begins.