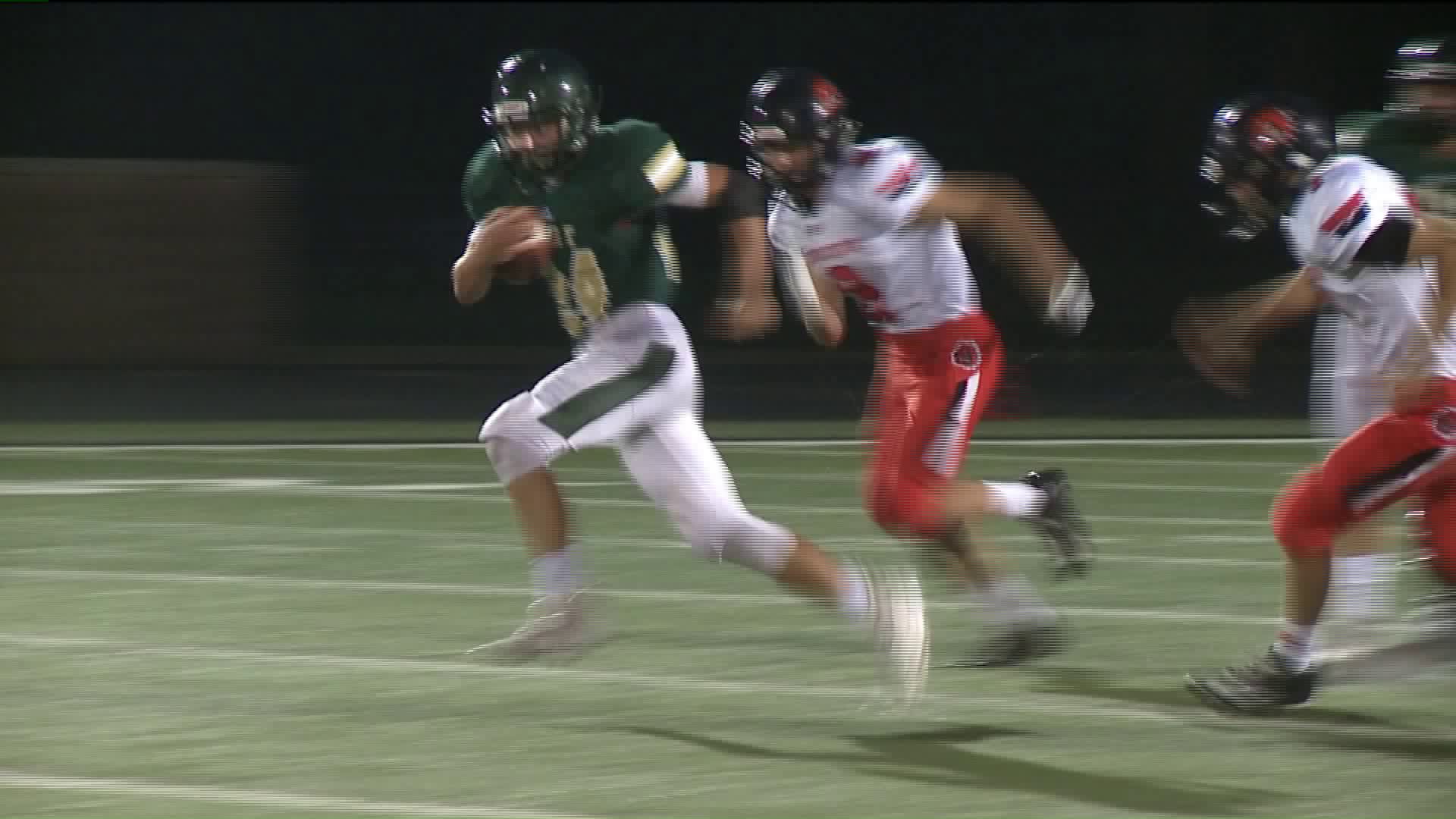 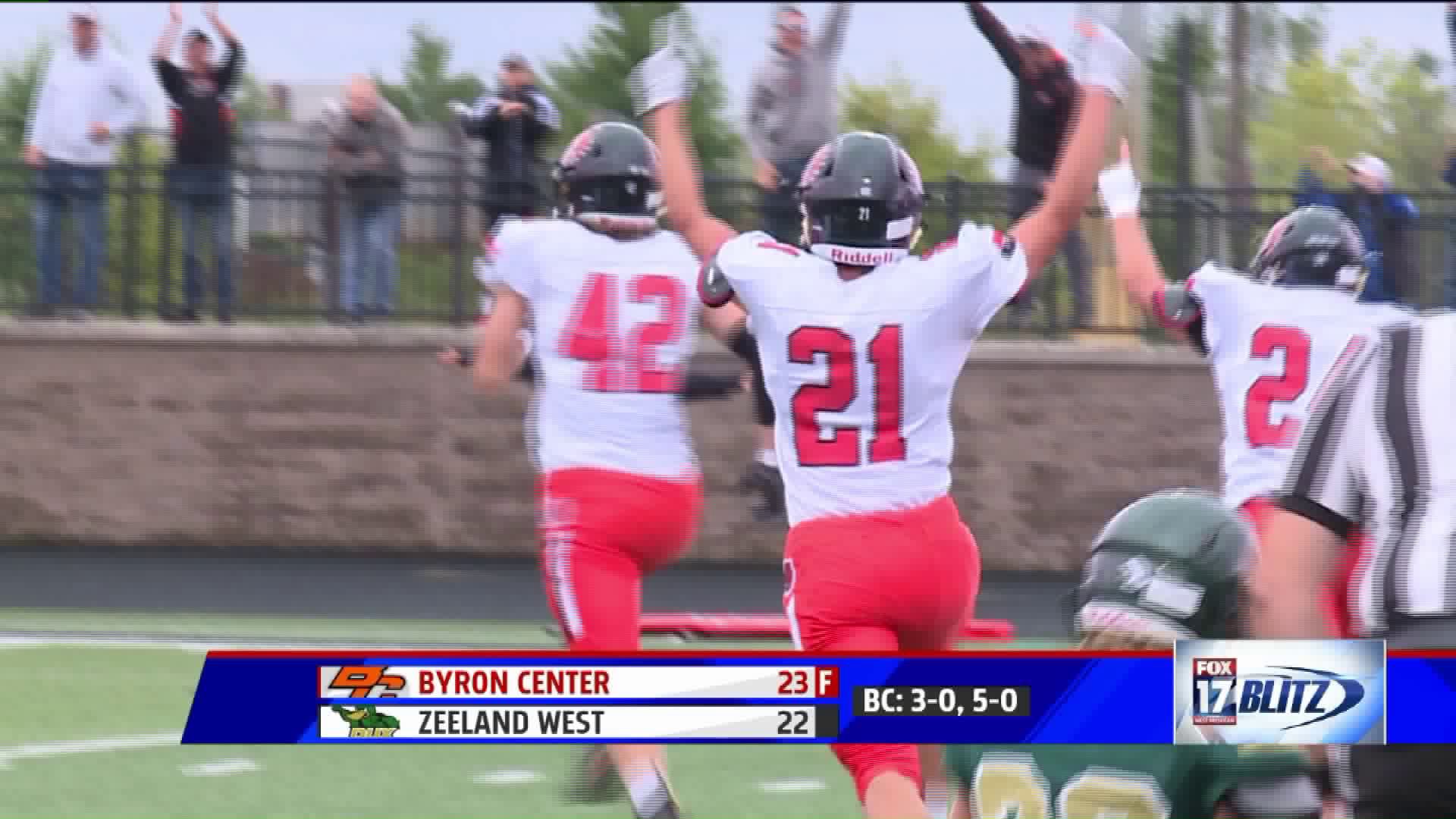 ZEELAND,Mich -- The Byron Center defense was able to stop Zeeland West at the 1-yard line on fourth and goal with just 16 seconds left to preserve a 23-22 win Saturday.

"We just knew we had to play hard, play physical, stay low,"  junior linebacker Austin Roon said about the 4th and goal. "It was going to be a battle on that last play and it came down to wire, that is all you can ask for in a game."

The game was resumed at noon after lightning postponed it Friday night.

The first play Saturday was a 35-yard extra point attempt by the Bulldogs after they were penalized Friday night after their touchdown that tied the game at 22.

Byron Center senior kicker Austin VanderMarkt, who is also the team's quarterback, nailed the kick for the lead.

VanderMarkt said he practiced that kick about times prior to the game, estimating to have made about eight of them.

"That gives us all the confidence in the world," VanderMarkt said. "They are rivals, we've been slept on all year, they've been talking about how they are going to beat us and we don't like hearing that and we came out here and proved them wrong."