Aerial spraying for EEE postponed; cancelled in Kalamazoo, Portage due to high number of ‘opt-outs’ 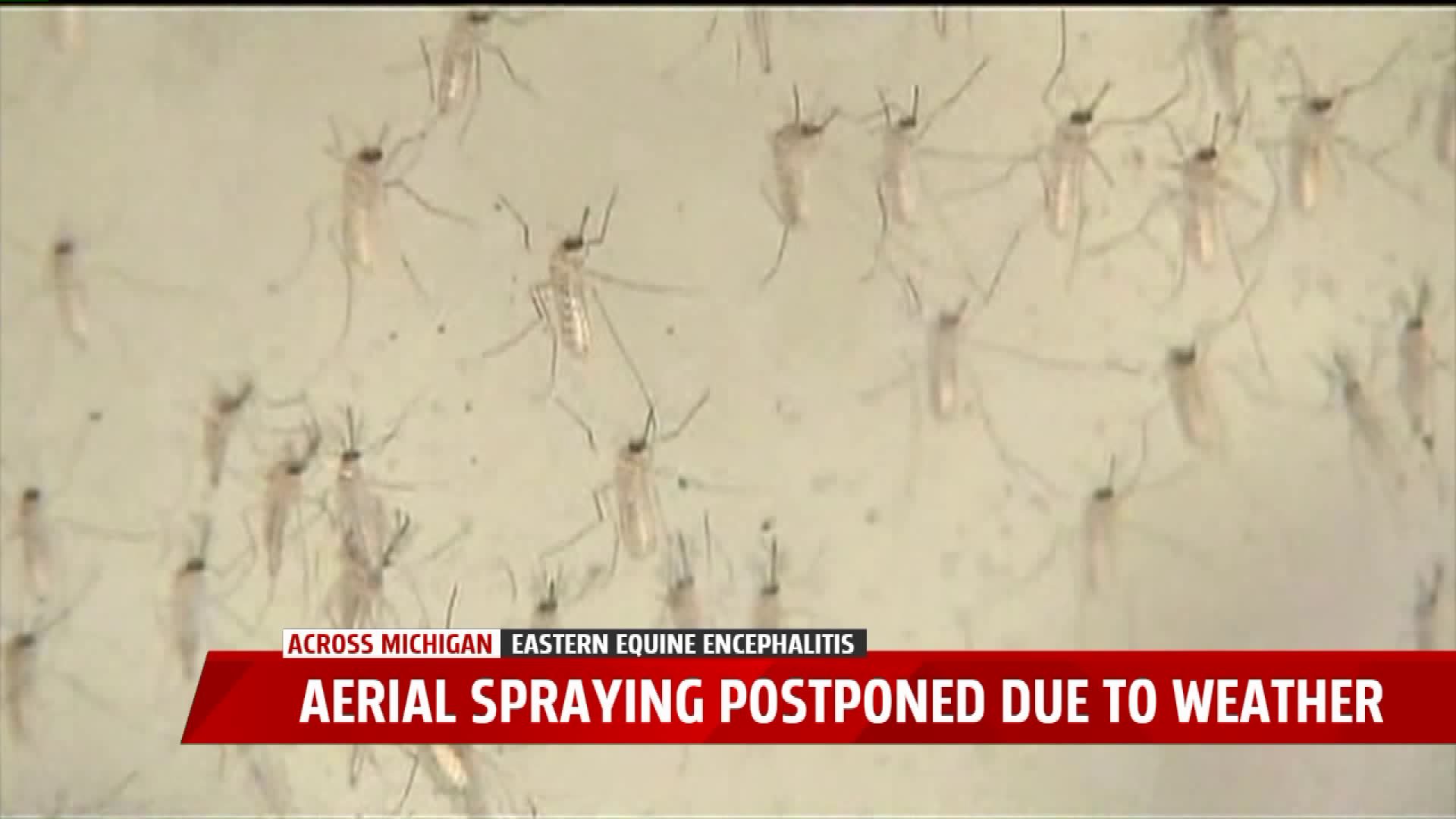 Due to bad weather, the state announced it was postponing aerial spraying to fight Eastern equine encephalitis, or EEE.

Spraying was set to happen in 14 different counties Sunday night.

The state hasn’t set an exact date yet for those rescheduled treatments, but they’ll likely to take place later this week. That's with the exception of at least two cities after too many people opted out of it happening on their properties.

"We have decided that this constitutes a public emergency," MDHHS public information officer Lynn Sutfin said. "This is a very deadly disease."

EEE has been found in nine people in Michigan; three of them have died.

While the state says no health risks are expected during or after the spraying, the decision to spray has been met with concerns from people in the planned treatment zones.

"My concern is the safety of what they are spraying and the chemical," Kalamazoo resident Fred Edison said. "You would hope and trust they wouldn’t spray something that would harm humans, water supplies, plants and animals in your area."

"I just have doubts about the safety of the chemical they would spray," Edison added.

Prior to spraying, the state gave people 48 hours to opt out of treatment above and near their properties.

"I don't think we had really anticipated what the reaction would be to the spraying," Sutfin said. "This was a decision that was made to protect the health and safety of Michigan residents."

So many people opted out In both Kalamazoo and Portage that those areas will not be sprayed at all, because a spray wouldn’t be as effective with so much space off-limits.

"I think that’s what they had to do, because there was not enough information given to the citizens for them to make an informed decision," Kalamazoo resident Dana Underwood said.

"The real problem is the whole decision to spray, the information about what was being sprayed, and the information about how to opt-out, was not well disseminated," Underwood explained. "And as a resident, it was very difficult to make an informed decision on do I opt out do I not opt out? What’s the effect of the spray on the plants on the animals, on the bees on my garden? I just didn’t have enough information."

Meanwhile,  the state is urging people to continue to protect themselves from mosquitoes. "We just continue to urge everybody to continue to take those precautions: using insect repellent, long sleeves, disposing of standing water around their home," Sutfin said. "Just all those things they can do to protect their own health and safety."

This rain delay gives people more time to opt-out, which could limit the state's effort in taking out as many mosquitoes as they hope.

Residents can opt-out by emailing eee@michigan.gov.