Five first round picks providing plenty of excitement for the Griffins 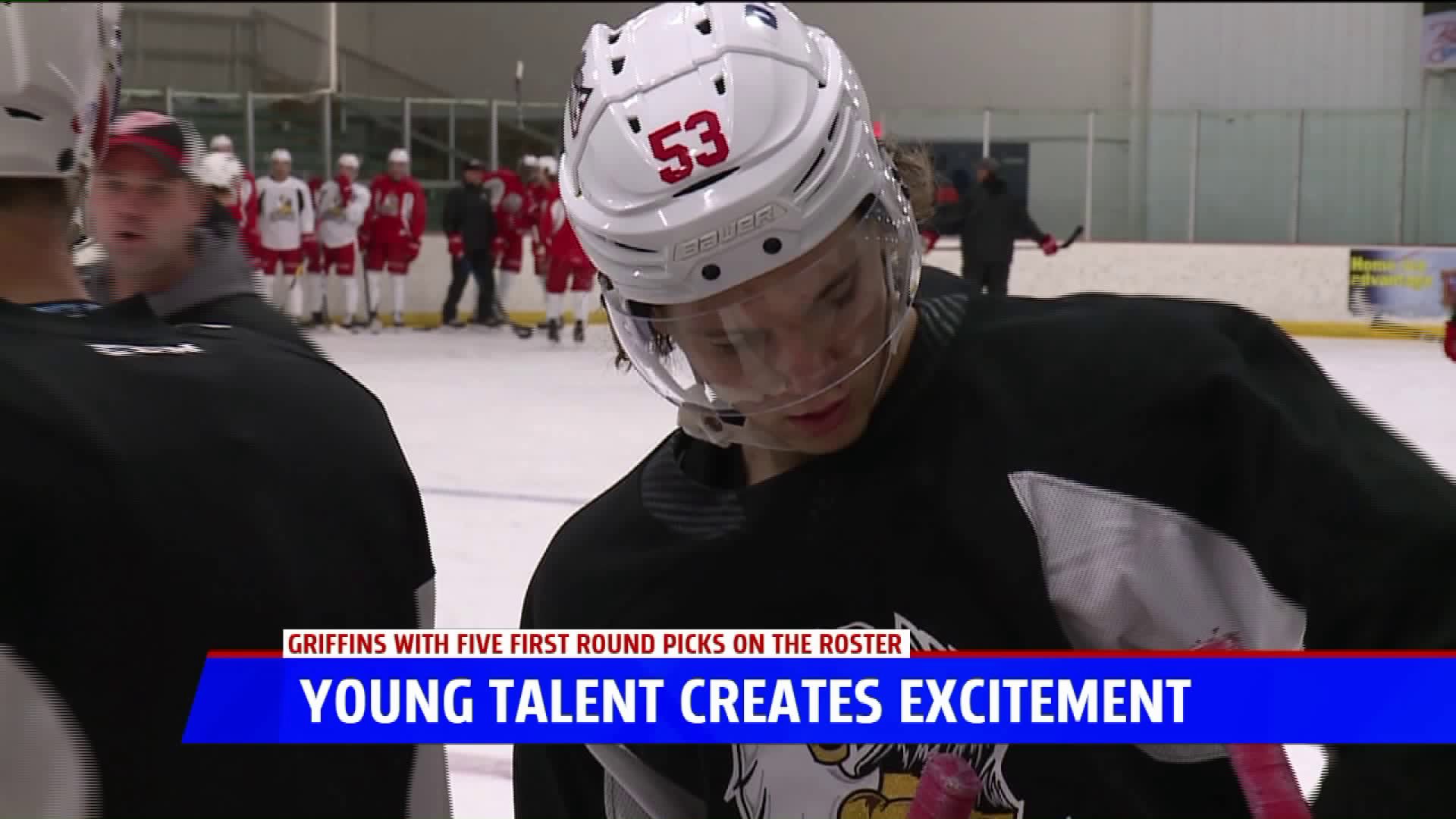 Griffins hockey is back and with it, comes high expectations with five first round picks on the roster.

"It's a huge responsibility that we don't take lightly," Griffins head coach Ben Simon said on the pressure on him and his staff, "and we are going to be measured a lot on how we develop these young kids."

One of those five first rounders, defenseman Moritz Seider is only 18-years old and was selected sixth overall in this year's NHL Draft. After growing up in Germany, he's had to adjust to American hockey and the smaller rink sizes.

"I'm pretty comfortable first of all," Seider said, "I have a great organization that helps me a lot, everyone is so nice so there's no pressure at all."

"He competes, he's a worker," Simon added, "he seems to have fun on the ice, he's a hockey player, in camp he held his own pretty well for an 18-year-old kid and he's going through a lot of firsts."

Seider is in a similar position as Filip Zadina was last season as he came over from the Czech Republic. The 2018 first round pick will return to Grand Rapids to start this year but might not be here for long.

"I was comfortable last year, it's not like I was uncomfortable last season," Zadina mentioned, "but it takes some time here so I'll accept it and get there [to Detroit] as soon as possible."

The Red Wings also used a first round pick last year on center Joe Veleno who racked up 104 points in 59 games in the QMJHL last season. Now, he's preparing for his AHL debut on Saturday night.

"I want to bring my best every day, come here, work hard and obviously keep working on my game. I want to play in the NHL some day, so I have to develop my game, get better and hopefully I'll be up there soon enough," Veleno added.

Evgeny Svechnikov will also start the season in Grand Rapids after missing all of last year with a knee injury, the 22-year-old winger say he's 100-percent healthy and ready to get back to hockey.

"I learned a lot," Svechnikov said on how tough it was to sit out, "I'm stronger mentality, it was hard but I'm just glad to be back."

20-year old Michael Rasmussen is another big piece of the Red Wings future, he totaled 18 points in 62 games for Detroit last season but will start the season with the Griffins.

All eyes will be on the five former first round picks this season as Detroit hockey fans hope they're the next wave of talent to revitalize the Red Wings franchise.

"It's obviously an exciting time for the Red Wings organization," Veleno said, "we have a lot of talent here and we're on that edge of becoming a good young hockey team with a lot of skill."

The Griffins open the season on Saturday, Oct. 5 at Chicago.