Mom on a mission to teach safe sleep for babies 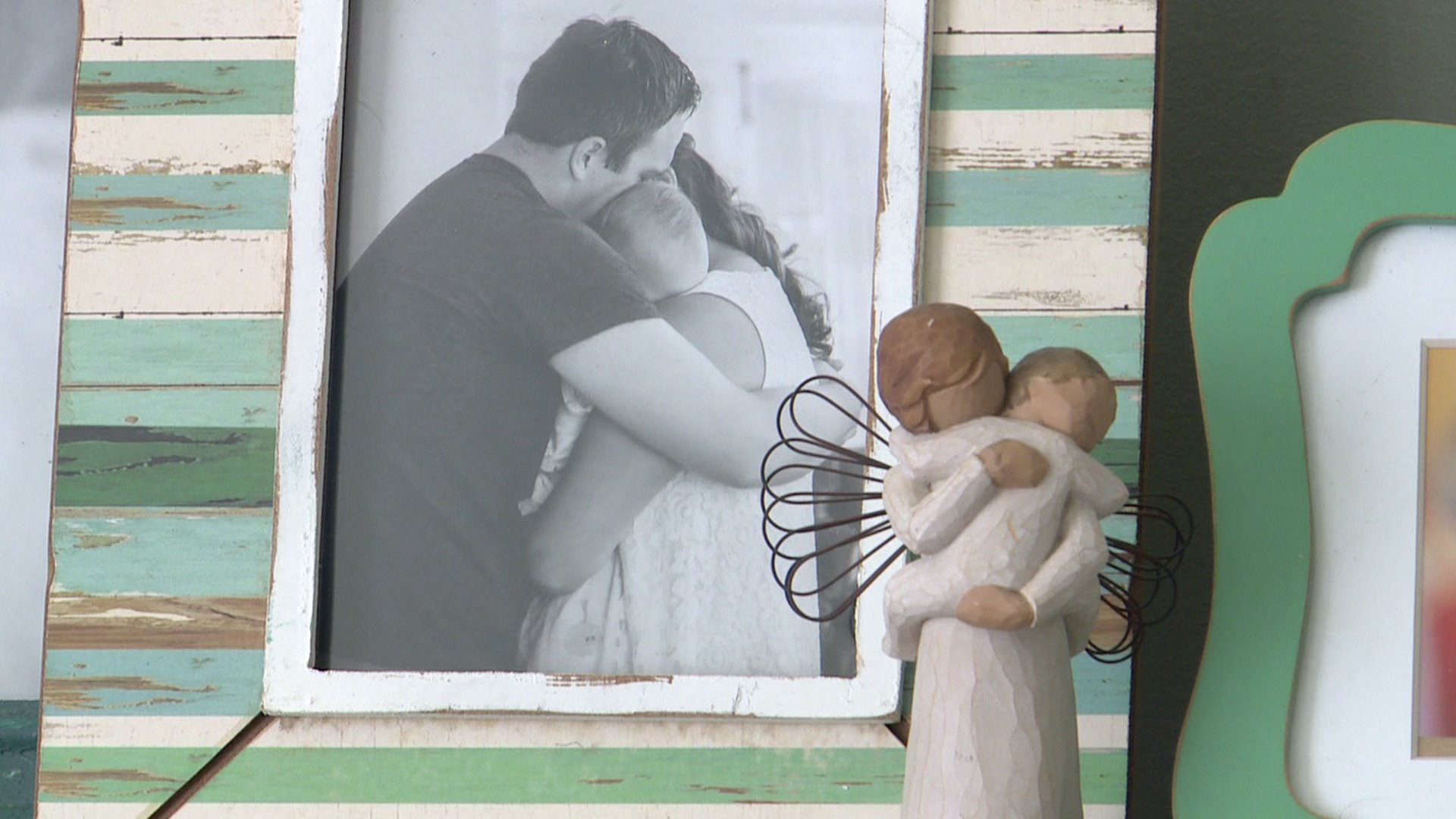 BYRON CENTER, Mich. — A mother is on a mission to make sure when you put your child down to sleep, they wake up every time. Sadly, it's something that did not happen when her baby went down for a nap one day.

September is "Safe Sleep Awareness Month," and Sandy Bromley wants people to know a simple formula to prevent any tragedies while your child is asleep.

"On Tuesday June 2, 2015, I dropped my girls off at day care and I wasn’t able to pick up both of them," Bromley recalled. She started Haddie's Calling, an organization that works to inform people on safe sleeping for the babies. It was named after her daughter, Haddie.

"Haddie fell asleep at daycare, she wasn’t able to wake up, she suffocated on a blanket that should not have been near her crib or in it," Bromley said.

The 9-month-old got a hold of a blanket next to her crib and got tangled in it. The day care didn’t follow the guidelines that day for safe sleep. The more Bromley looked into her daughter's death, she found out this happens too often.

"In the state of Michigan, every three days a baby dies from an unsafe sleep environment. Nationwide it's 10 babies a day, according to the Centers for Disease Control. That’s twice as many as car accidents and these deaths are preventable, they don’t have to happen," Bromley said.

She channeled her grief and started Haddie's Calling, making sure parents and caregivers know how to give their babies a safe place to sleep.

It's a formula as simple as ABC.

"Always sleeping alone, not sleeping with someone or blankets or stuffed animals. The crib should be completely bare. B is for back, sleeping on their back. C is for sleeping in a crib, or a pack and play, or a designated space for the baby."

Bromley wanted to make sure to clear up misconceptions to prevent any more tragedies.

"Many people believe that babies need blankets to sleep, which is not necessarily true. They only need one layer more than what you’re wearing to go to sleep," Bromley explained.

"So, instead of giving your child a blanket that could get wrapped around their neck or pull over there face, this is a wearable blanket. You put your child in it, it zips up and it doesn’t have this dangers of going over there face or being tangled."

While Bromley knows fighting to keep other babies safe won't bring back her little girl, she finds comfort knowing her work is bringing meaning to Haddie's death.

"I’ve been a mom, I know how it is to have little babies, newborns, not sleeping. It’s hard to make those decisions and so many times the decisions to not follow safe sleep is made in a split second in the middle of the night when you’re tired. So being able to talk to a mom about that and understand those struggles and relate to her with that so she knows I’m not just another person preaching to her about what’s best to do with her child. It's for her to know that I have been there and had to make those decisions as well.”