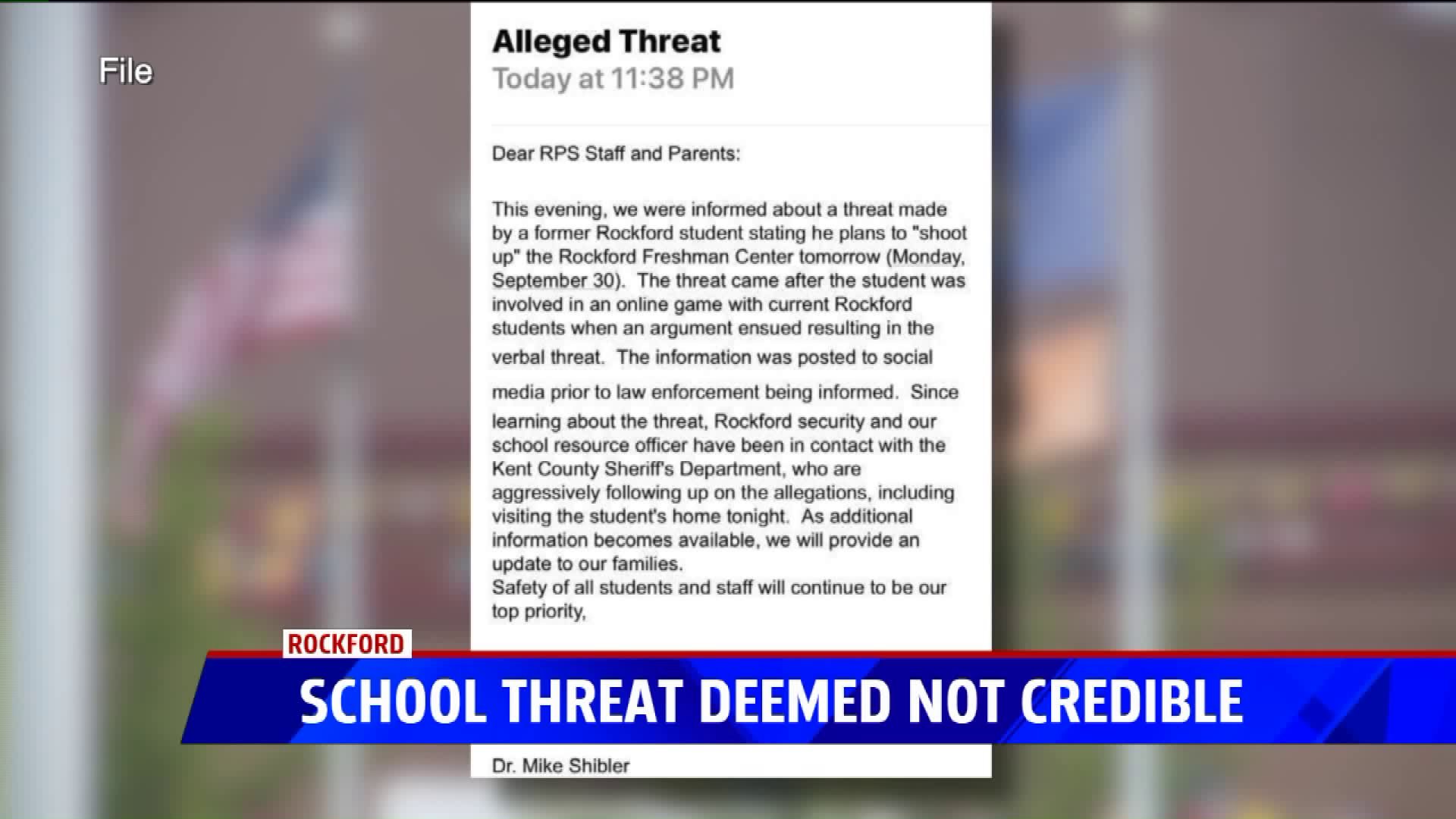 ROCKFORD, Mich. -- A threat made over the weekend threatening a shooting at the Freshman Center of Rockford's High School has been deemed not credible.

This comes after a former student was involved in an online game with current Rockford students when an argument ensued resulting in a verbal threat, the email from Superintendent Michael Shibler to parents states.

In an email, Shibler says the sheriff's department made contact with the student who made the threat and found it not to be credible and no weapons at his home.

The former student was advised by law enforcement that he is not to be on any Rockford Public Schools property.

The case will now be forwarded on to the prosecutor's office for review.