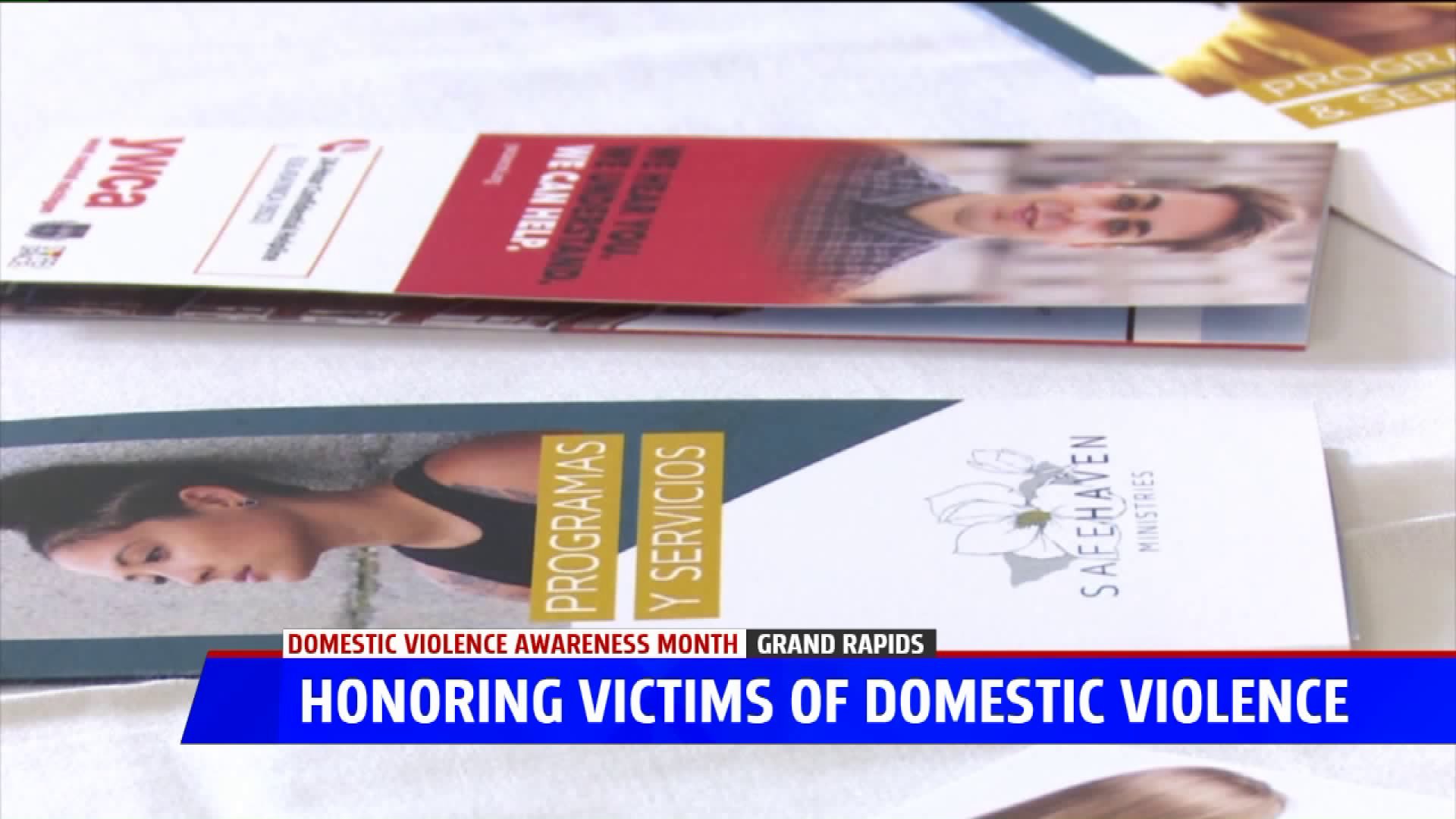 GRAND RAPIDS, Mich. - Dozens of people honored the lives of men and women lost to domestic violence. A candlelight vigil was held on Monday at the YWCA West Central Michigan.

According to Michigan State Police, more than 46,000 people were impacted in some sort of way by domestic violence crimes in 2018.

On Monday, the group read about 40 names of those killed but believes that number is much higher since there is no database that collects information specifically about homicides related to domestic violence.

"It's about telling other people and letting people know about those that have died as a r esult of domestic violence and remembering them and remembering their names," said Eileen McKeever, Program Director of Domestic Violence Crisis Services at the YWCA.