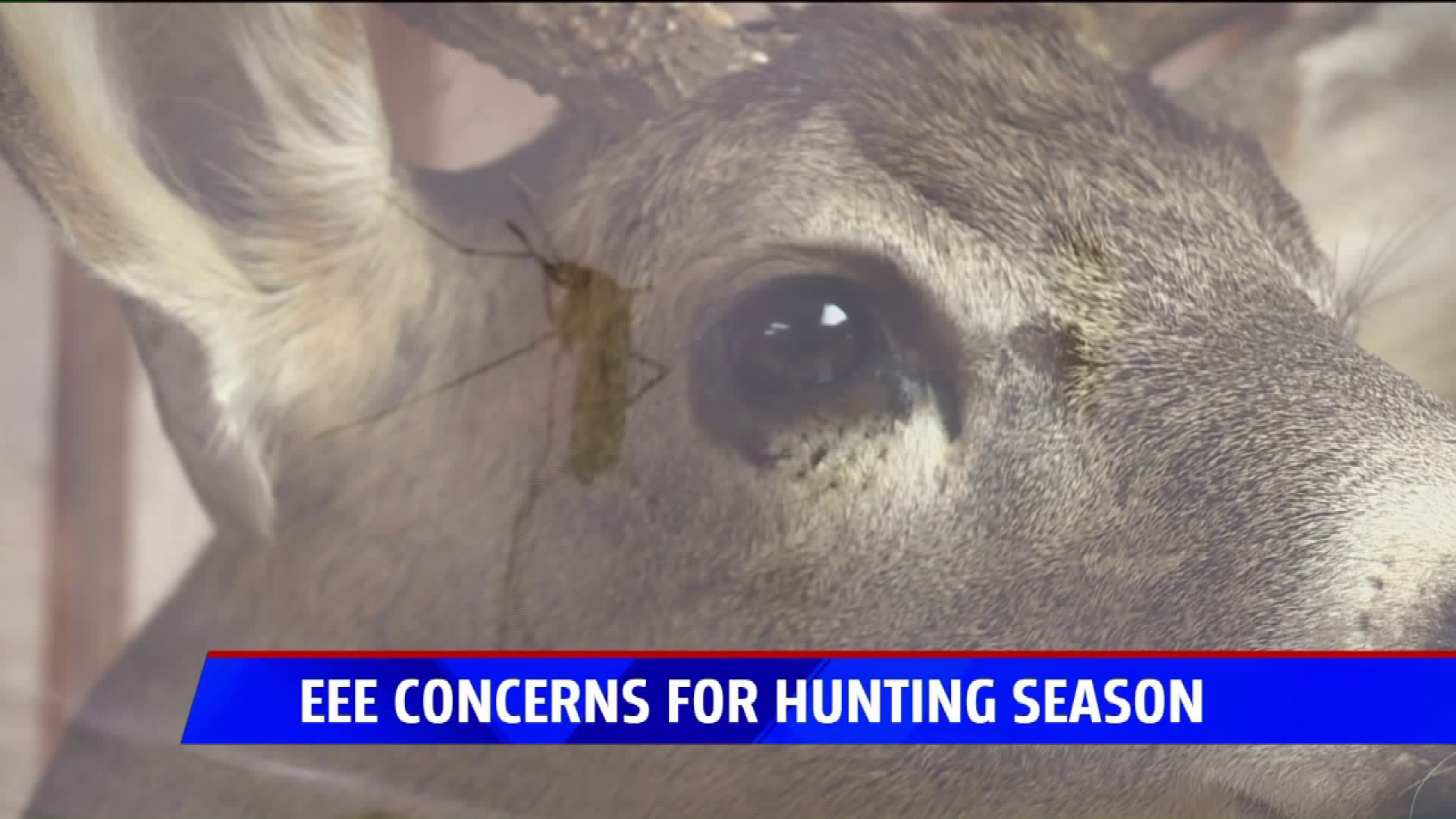 WAYLAND, MICH.-- October 1st marks the beginning of bow hunting season in Michigan, and hunters like Paul Spirk have their concerns this year, considering the growing problem of EEE outbreaks across the state.

Eastern Equine Encephalitis (EEE) is a potentially deadly mosquito-borne disease that has been found across West Michigan in humans, horses, and deer.

“My concerns are for exposure, can I know if I get blood exposure on me, or how to test the deer to see if it has EEE before I pull it out and field dress it?” hunter Paul Spirk said.

The DNR says no, there isn't a way to tell directly if a deer has EEE in the field.  They say, as always if a deer appears sickly, you should contact the DNR after harvesting and tagging it for testing.

“We test deer that is harvested by hunters, but that’s for chronic wasting disease, and bovine tuberculosis,” DNR officer John Niewoonder said, “we don’t generally test deer for triple E."

The DNR says you should be most concerned about mosquito bites that can happen when out in the woods hunting.

“It’s really a mosquito-borne illness rather than something you’d pick up from handling a deer,” Niewoonder said.

Still, Paul says he's concerned given reaction from many communities and the severity of the problem.

Noting, that when hunters dress a deer...they come in contact with a lot of the animal's blood.

While it won't deter Paul from hunting, it will make him more careful this year...until at least, that first freeze comes and kills all the mosquitoes.

“You gotta live your life. You can’t let things scare you. You just have to be more cautious," Spirk said.