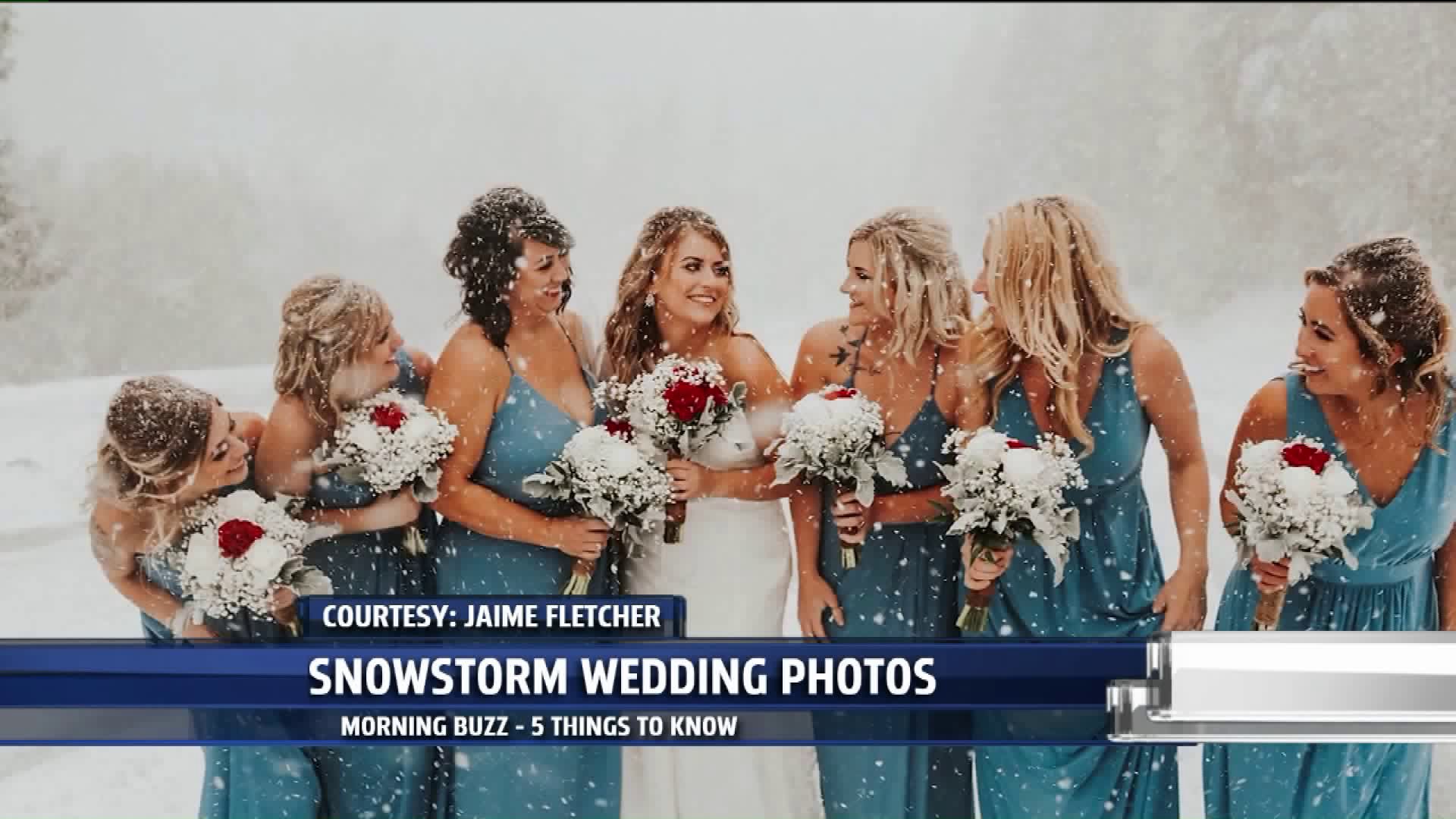 1. In a very grand manner, the Grand Haven catwalk lit up once again for the first time in years on Monday night.

The catwalk was removed in 2016. Many folks came out to the event, which included planes flying overhead, a marching band playing, and even fireworks lit up the sky.

The pier is open 24 hours a day, seven days a week.

2. Gordon Food Services is unveiling its new farm, with a twist. They have a high-tech vertical indoor farm in Grand Rapids.

Instead of crops growing on acres of land, they're growing on a wall inside shipping containers. It's all thanks to a partnership with square roots, an urban farming company.

The crops will provide year-round fresh herbs and greens to restaurants and people across West Michigan.

The 10-containers are expected to grow the equivalent of a 50-acre farm. Crops include basil, chives, and mint.

3. Comedian Jeff Dunham has announced a stop in West Michigan later this year.

Dunham is known for his mix of standup and ventriloquism and has been touring nationally for the last 12 years.

This latest tour includes a stop at Van Andel Arena in Grand Rapids on December 30.

Tickets go on sale next Monday, but there are presales available later this week. Grab them at ticketmaster.com or the Van Andel and DeVos Place Box offices.

4. The popular card game Uno is taking strides so all people can play. Mattel has teamed up with the National Federation of the Blind to create Uno Braille.

The deck is just like a regular Uno card deck, but they added braille to the top left corner of each card to make the game more accessible to people who are blind or have low vision.

Players can also now access voice-enabled directions to the game through Amazon Alexa or Google Home, as well as available for download braille readable files.

5. What's the one thing you can't control on your wedding day? The weather!

Some September snow made for some spectacular wedding photos for the couple Sean and Brittany Tuohy in Washington.

On the big day, they were treated to a full-blown, record-breaking snowstorm.

They held the ceremony inside, then made the best of the snow by scoring some amazing shots.

They posed for roughly 100 photos in about 10 minutes.