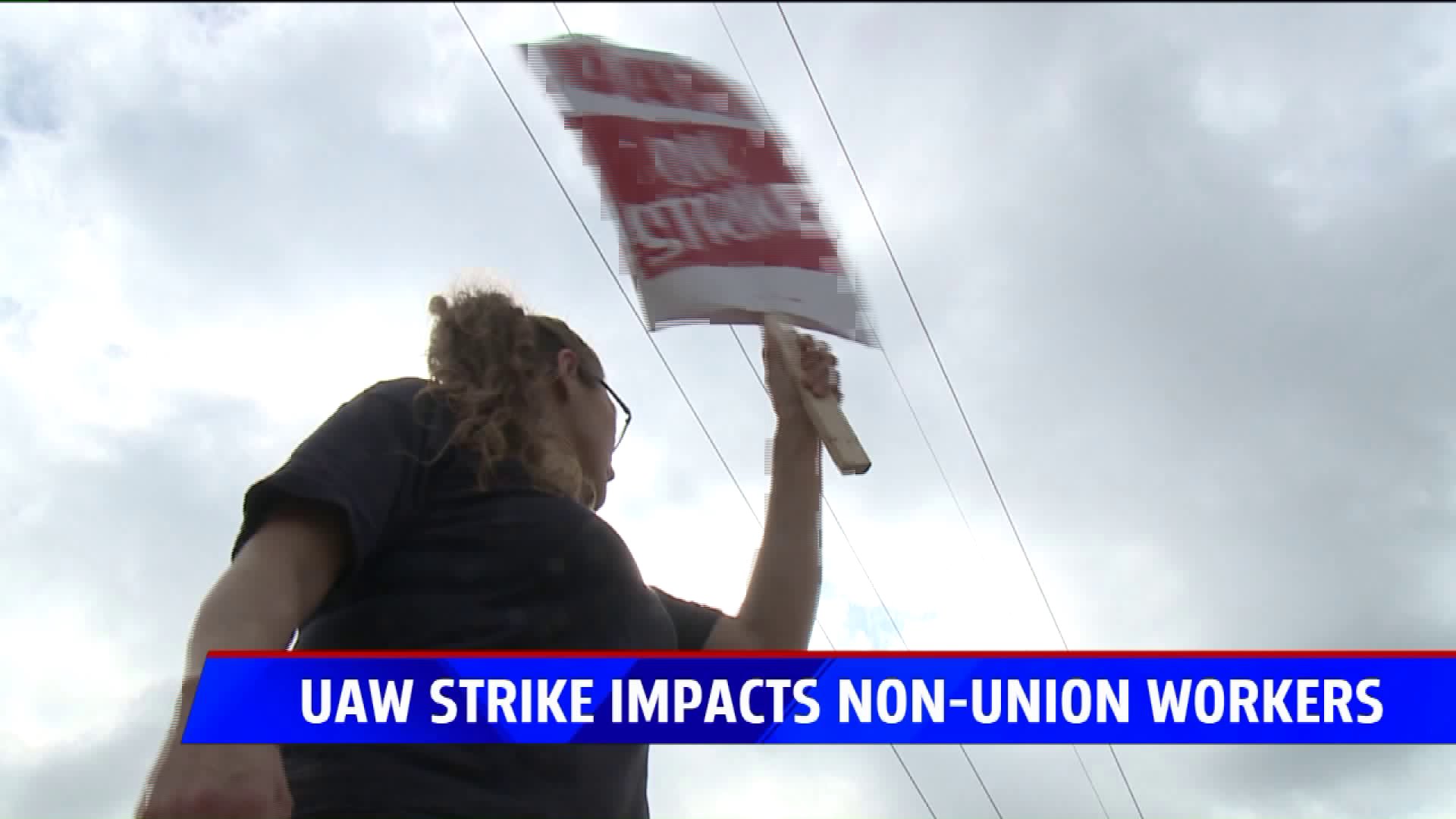 WYOMING, Mich. — It's day 17 of the GM strike but it’s not just union workers feeling the impact.

Some nonunion workers  in West Michigan say they’re in even worse shape.

As the strike by the United Auto Workers hit week three, nonunion workers in the industry say they are being put in a tough position.

"I'm on every other day, I have been since the strike started, but then there's other people who aren't even working that and it's really affecting income," said Dawn Fouty, nonunion automotive worker.

Since the nearly 50,000 union workers dropped the tools and picked up the picket signs in hopes of better wages and health care, companies like ABC Undercar Products Groups in Wyoming have lost one of their biggest clients: GM.

The strike is lowering demand, meaning their companies are cutting hours, leaving them without money to pay bills or even buy food.

"We're used to working a lot of hours and now we're not getting the paychecks that we're used to and people are worried about their bills and food and there's not really any help out there for us," said Founty.

And while the strike is hurting both the company and the union workers, nonunion workers say they may be worse off.

"They get paid for being on strike we don't get paid because they're on strike," said nonunion auto worker, Jammie Marshall.

Now these nonunion workers say they're hoping that all automotive workers can get back to the work bench sooner rather than later.

"I'm for them trying to work out their contract but other things need to be taken into consideration, especially the length that this is going it's going to effect more and more people outside of GM and the UAW," Founty said.

The employees at ABC Undercar Products Groups say they have been lucky enough to get the support of their employers by providing meals and allowing employees to use vacation time to make up for their lost hours.

But they say they simply can’t provide work for employees if they don’t have it.