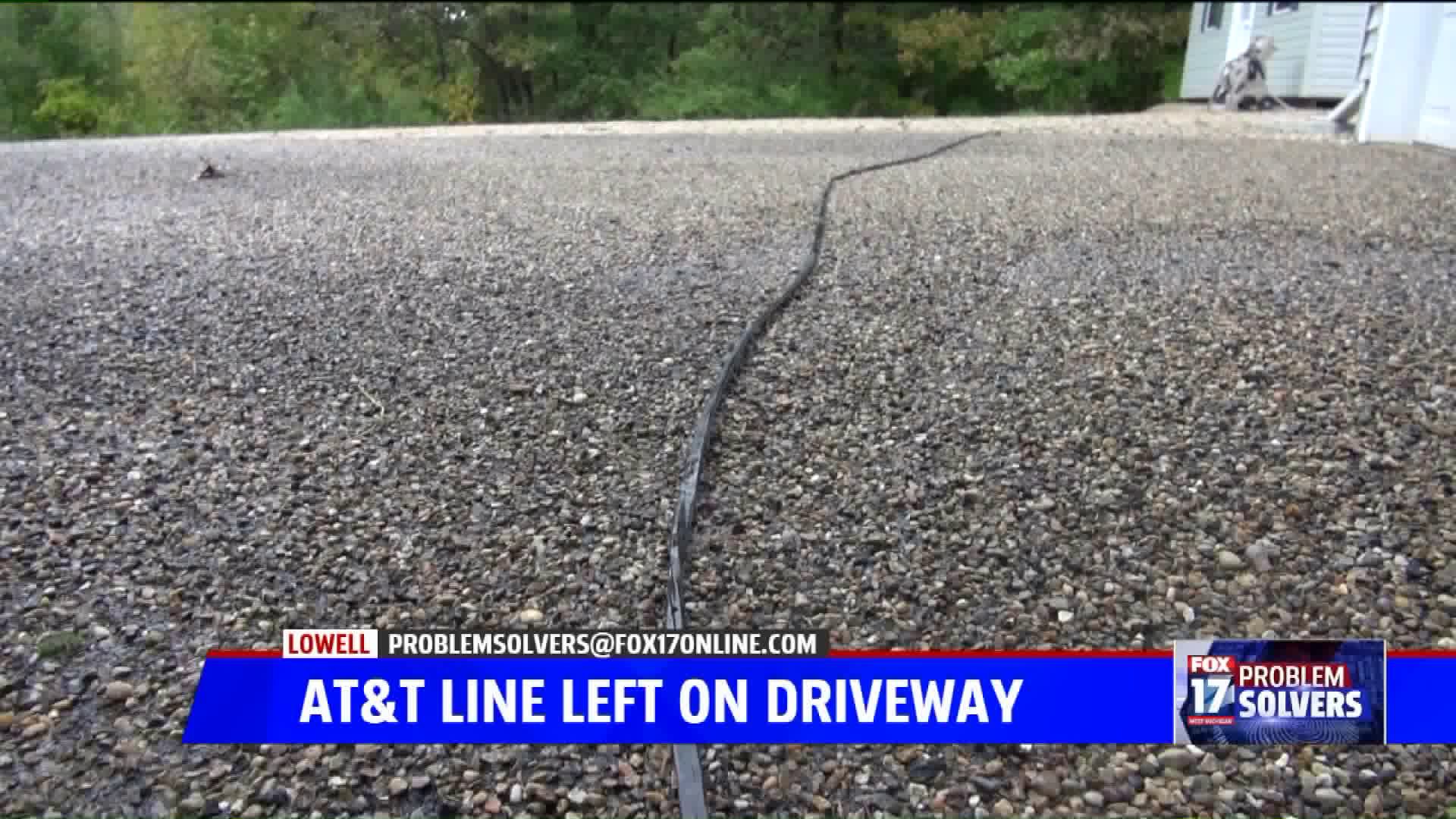 LOWELL, Mich. — Pamela Jordan said she has a simple request for AT&T: bury an internet line on her property. It's something she's been asking for since May. The line currently runs across her driveway.

"Am I the only that's dealing with this problem? And if I am, then I shouldn't be a problem," she said.

She said the company's cancelled numerous scheduled work dates which has delayed her ability to make other fixes.

Jordan explained, "This summer, we were wanting to get work done on our driveway. There's a couple areas where it's deteriorating. Asphalt is breaking up."

She's kept detailed notes of every call since May and explains she was transferred to several departments at different times with no success getting anyone out to her home to bury the line.

"So you're always directed, and they keep putting you off week after week after week. Well, now we're in October. I can't get the chip sealing done now," she said.

So Jordan reached out to the FOX 17 Problem Solvers for help.

FOX 17 emailed AT&T corporate. We're told the situations will be escalated for review. We'll let you know how this turns out.