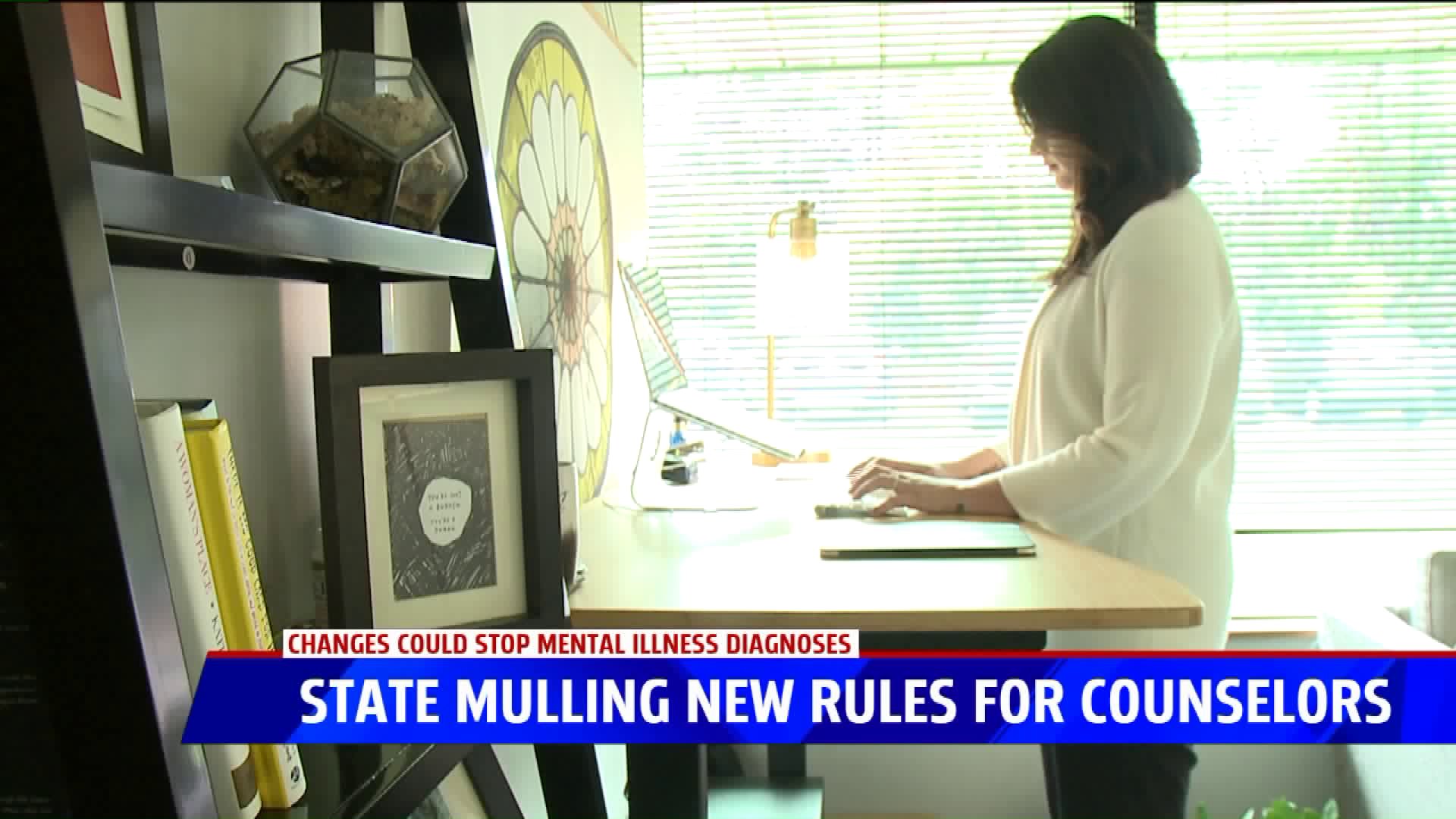 GRAND RAPIDS, Mich. — A proposed change in state licensing requirements for counselors could impact mental health care for up to 150,000 Michiganders.

The Michigan Department of Licensing and Regulatory Affairs says they simply want to clarify what counselors can do.

As of now, state regulations categorize diagnosis and psychotherapy as a clinical technique, but that would change under these new proposed rules.

LARA released the plan this summer, which would shift the terms “diagnosis” and “psychotherapy” out of the section explaining what licensed professional counselors can do.

It may seem like a subtle change but LPCs say it would have widespread effects.

“It’s a huge bind that really would be most catastrophic for all of the 150,000-plus residents of Michigan who need mental health care would instantaneously not have it, not have access to it when there is a clear shortage in the state already,” said Bryan Nixon, an LPC with Mindful Counseling GR.

But LARA said that’s not the intention of the rule change.

In a statement the department sent explains, “The current counseling rules are outdated and are in need of an update … The updated rules provide greater clarity needed for licensees and aid in their understanding of the requirements of the rules.”

Nixon and a host of other mental health professionals say the rules would force LPCs out of the state, back to school or to change careers.

“Counselors won’t have the ability to just change a class or two or anything like that, our license will literally be rendered useless,” Nixon said.

Before that happens, Nixon said they’re hoping House Bill 4325 handles the problem by putting “diagnosis” in their scope of practice.

“The House Bill is simply there to make what we’ve been doing for the last 30 years more explicit and concrete, it’s not an expansion in anyway what our scope of practice is,” Nixon said.

LARA is planning to hold a public hearing on the proposed rule change on Oct. 4. Nixon and his colleague Lindsey Blodgett say they hope hearing from LPCs just like them will deter the rule change so they can keep serving their clients.

“I’m going and I’m thinking through all of my clients and I’m advocating not just for myself but for them and for their continued access to care,” Blodgett said.

That meeting is scheduled at 9 a.m. Friday at the LARA headquarters in Lansing.