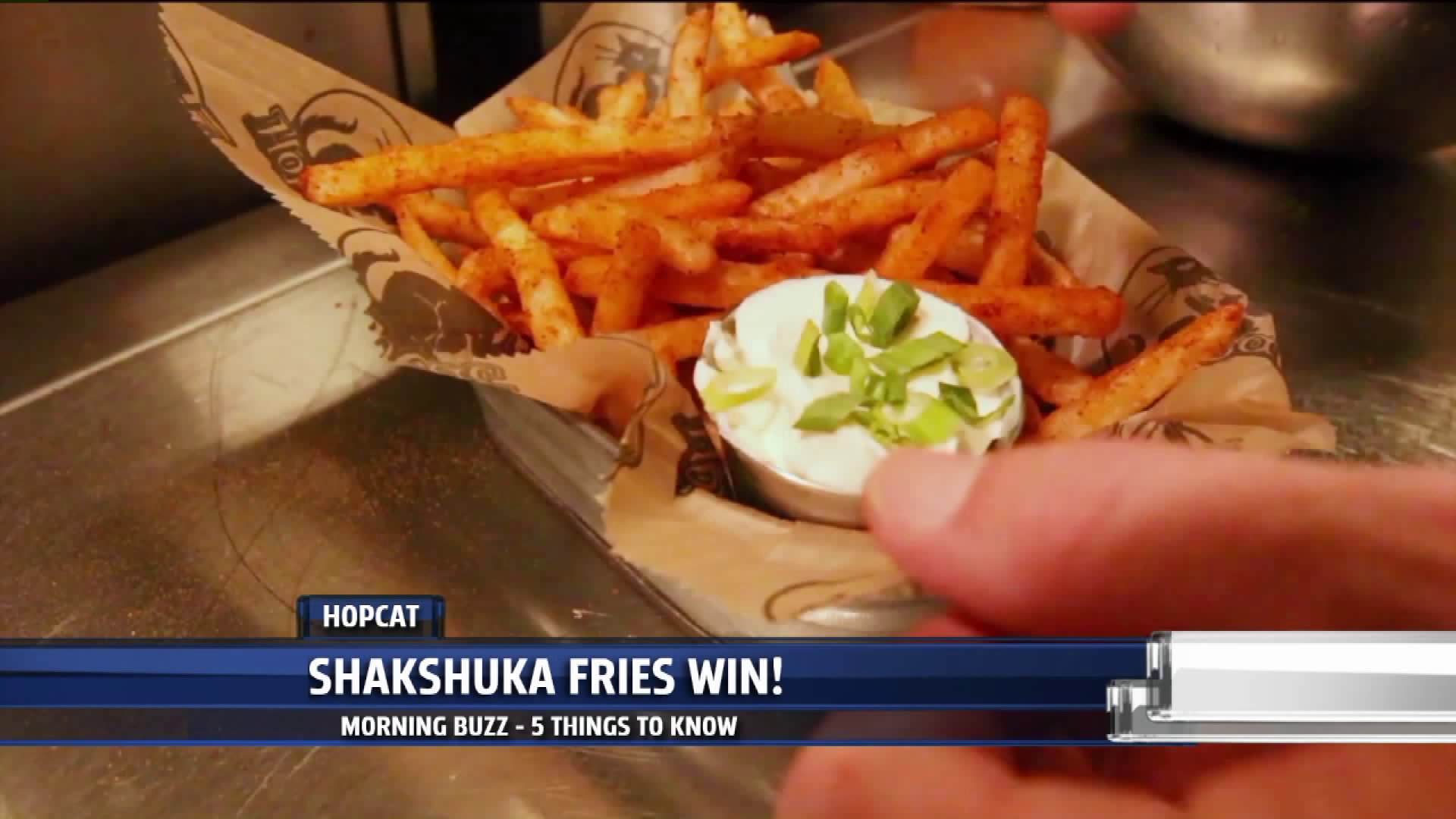 1. A new Korean restaurant is coming to the area. K-Rock will be opening up on Campau Promenade in Grand Rapids, just behind the J.W. Marriott.

They'll have Korean barbecue, karaoke, and it will be operated by the people behind Emonae Korean BBQ on 28th Street in Cascade Township.

An exact opening date hasn't been announced, but it's expected to open before the end of the year.

2. Voting is complete on Hopcat's new french fry flavor. The Shakshuka spiced fries are the winner of the Decide the Fries Contest.

Hopcat will make them a permanent feature on their menu in January, along with their signature Cosmik Fries.

This comes after fans voted on three flavors throughout September, which also included funnel cake and taco tries.

Those two will remain on the menu throughout the month of October if you still want to try them.

3. There's a fun run taking over one of the runways at Ford Airport.

At 9 a.m. on Saturday, runners and walkers will be taking off with proceeds benefiting The Family Hope Foundation, an organization helping families with special needs children. The race will begin near the economy lot.

Registration fees include a t-shirt, a medal, event photos, and post-race refreshments.

In years past the race has over $10,000 for local charities.

4. Chevrolet just unveiled it's 2020 Corvette Stingray, and it's bringing some new innovations never before seen on an American sports car.

It will be the first corvette to utilize a foldable hardtop, which stows under the lid, covering the engine bay.

5. Online shopping is expected to break records this holiday season.

A report from salesforce says sales will hit a new high of $136 billion, which is a 13 percent jump from last year.

These numbers come despite there being six fewer days between Cyber Week and Christmas.

Early Bird shopping is also expected to increase. This year, Cyber Monday revenue is projected to be over $8 billion.