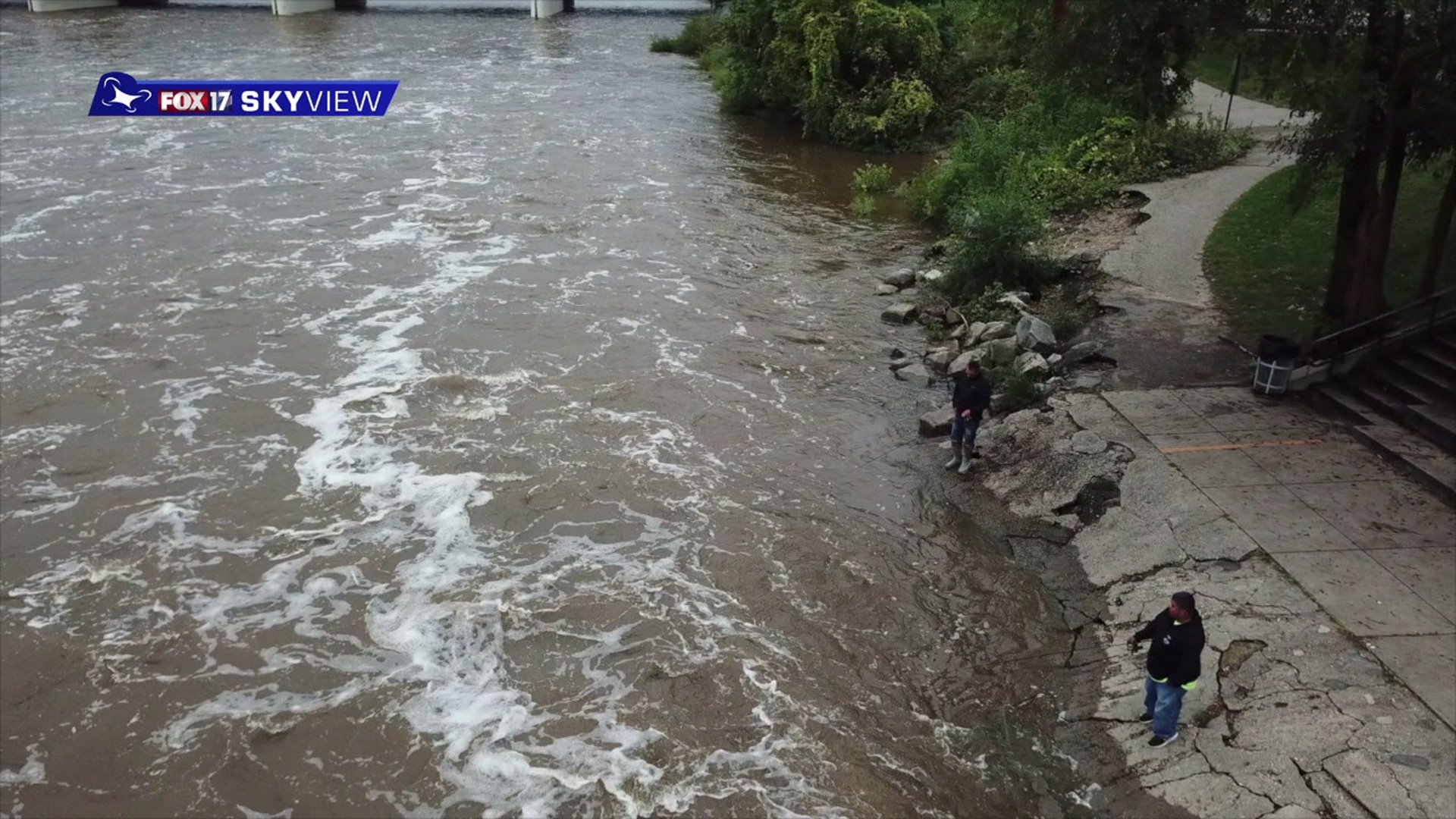 GRAND RAPIDS, Mich. — On the banks of the Grand River, hopeful anglers have been casting lines to try and catch a prized salmon.

It is urban fishing at its finest and peak salmon season is just about here.

Every fall, thousands of salmon run up the Grand during their run, it's a great place to fish as long as you are not too close to the fish ladder.

It's not actively enforced but it's a law anglers are expected to follow.

"We really try to encourage people not to fish around the fish ladder, obviously a violation of our ordinance and in the end of the day it's not really sport, it's just snagging fish and there’s really no sport in that," Wittkowski added.

"Again this is a spawning ground and this is an attempt on some levels to protect the fish in that general area and this has been in place for a number of years, it’s often not known or recognized, because its one of those things people wouldn’t really know unless otherwise educated and proper signage of course," Wittkowski explained.

There used to be a sign outlining the restrictions, though it's been missing for weeks and we've seen several fisherman technically breaking the rules.

"Most of the time if there is enforcement we will just write you a citation. We want to encourage people to just have fun and do it the right way and by just giving them a warning and the rules or the ordinance. Most people understand, they just need to be educated,' Wittkowski said.

GRPD say they are working on putting up a new sign right now.