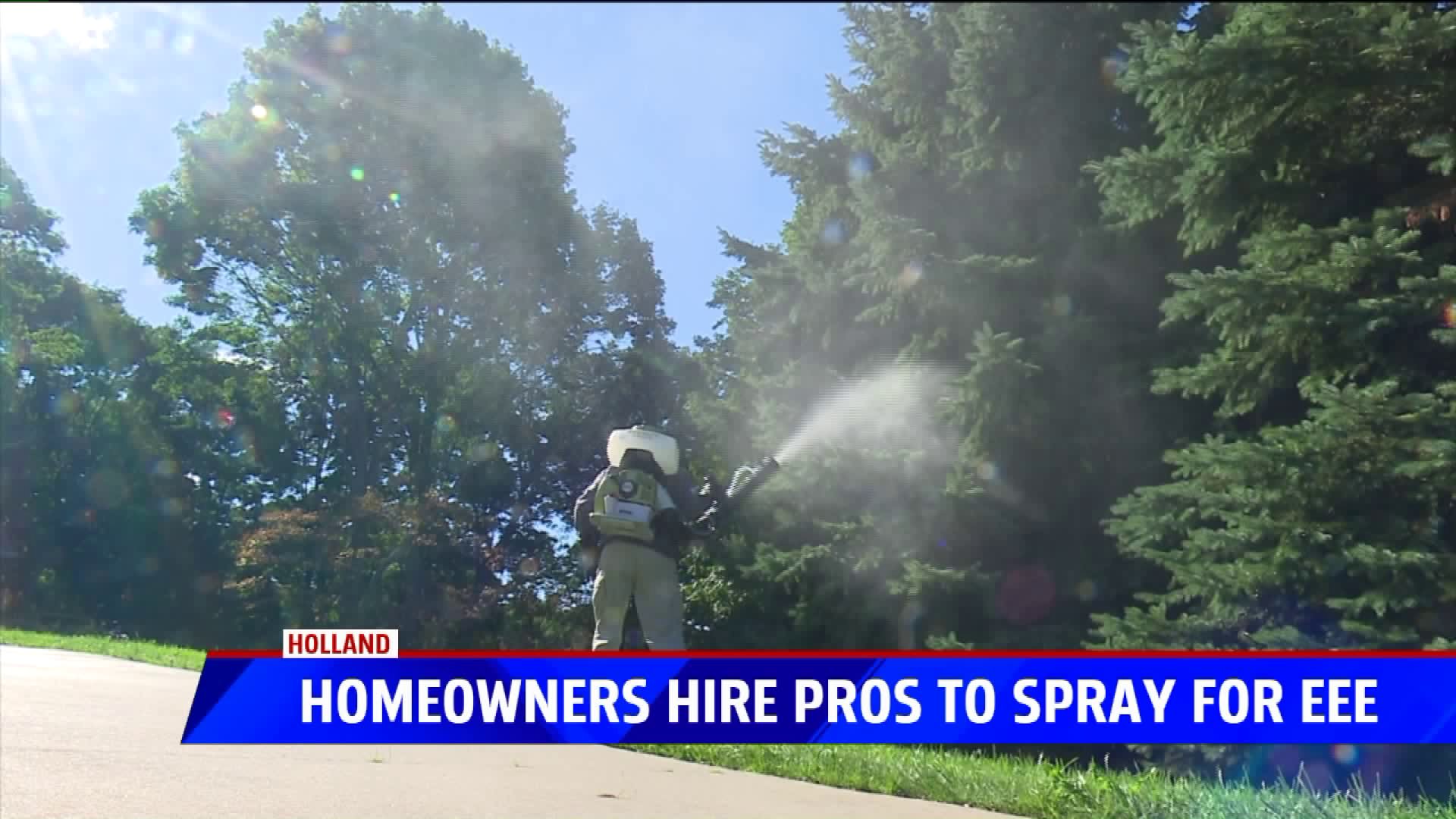 The recent outbreak of EEE has already left four dead in Michigan. So far, nine human cases have been confirmed in the state. Thirty-four animals have also been confirmed to be carrying the virus.

On Friday, FOX 17 joined Mosquito Squad as they sprayed a home in Holland.

Steve Heeres, co-operations manager at Mosquito Squad, explained the process, "What that involves is hitting the whole perimeter of the property. Make sure we're getting up in all these pine trees and dense shrubbery he’s got ... And we do get the house too because sometimes insects and bugs will get inside the cracks and crevices of the home."

They recommend having your property sprayed every three weeks. Once the chemicals are applied, it takes about 45 minutes to dry. After that, they say it is completely safe to be around.

The homeowner, Jack Denuyl, has been hiring Mosquito Squad for the last eight years.

"As mosquitoes have been around forever, we never knew there was a solution. As a homeowner you kind of just think you have to live with it, because it's just part of life, but then since we got involved with mosquito squad, we knew there actually was a solution and it's a night and day difference," he said.

Robert Anderson, also a co-operations manager with Mosquito Squad, says the spray will reduce the mosquito population in the area sprayed by 85-90%.