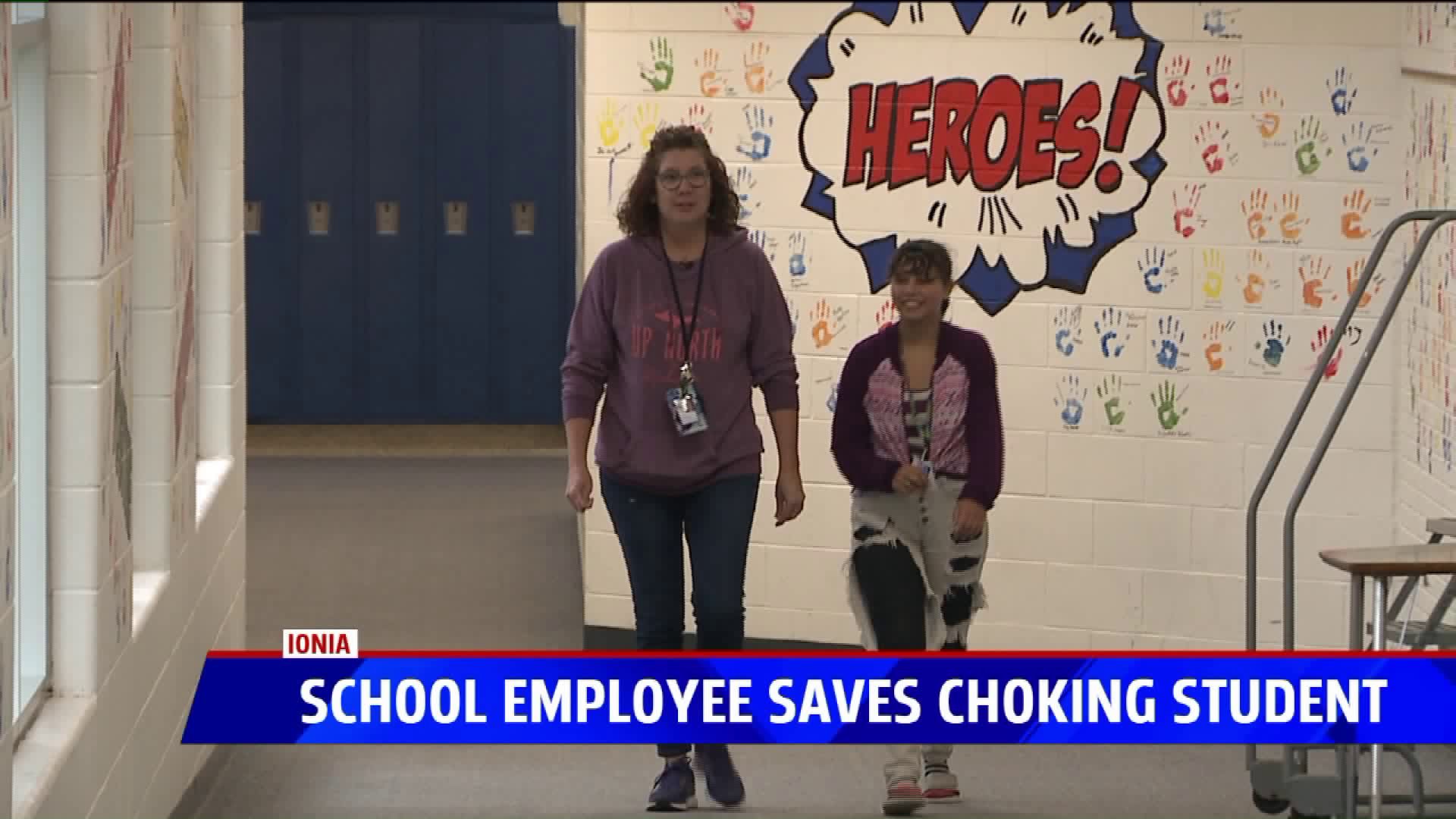 IONIA, Mich. -- An employee at Ionia Middle School is being called a hero after saving a choking student.

Tanya Fletcher has watched seventh-grader Rosemary Roberts grow up for the last couple of years but a recent brush with death has brought the two closer.

Rosemary was eating lunch Tuesday when a chip got logged in her throat. After trying to cough it up, she told her sister she couldn't breathe and that's where Fletcher came in.

"The student directed me towards this table and I seen that she couldn't breathe and so I told her to stand up and did would anybody would do in that situation," says Fletcher, an Ionia Middle School Paraprofessional,

Thankfully Fletcher, like many of the staff at Ionia Middle School, was trained in the Heimlich maneuver. After two pumps to the lower abdomen, the logged chip came flying out of Rosemary and she was able to breathe again.

"I think I did what I was supposed to in that situation and i just stayed calm and that kind of surprised me but I did," says Fletcher.

The seventh-grader is now OK but she says the moment has stuck with her.

"Every time I eat chips I think about that moment and I'm like a little scared but then I chew my food slowly and make sure that it's all chewed up and then I swallow," Roberts said.

And for Fletcher, though heroic, she says she did would anyone would do in that moment: save a child's life.

"I just feel like I stepped in to do what had to be done in that moment and like I said before I think that we train for those, these type of things are our schools and I'm really glad that I had the training," Fletcher said. "I'd recommend anybody that works at a school, no matter what you do, if you're a paraprofessional or teacher that everybody gets trained because you never know when an emergency situation is going to arise."