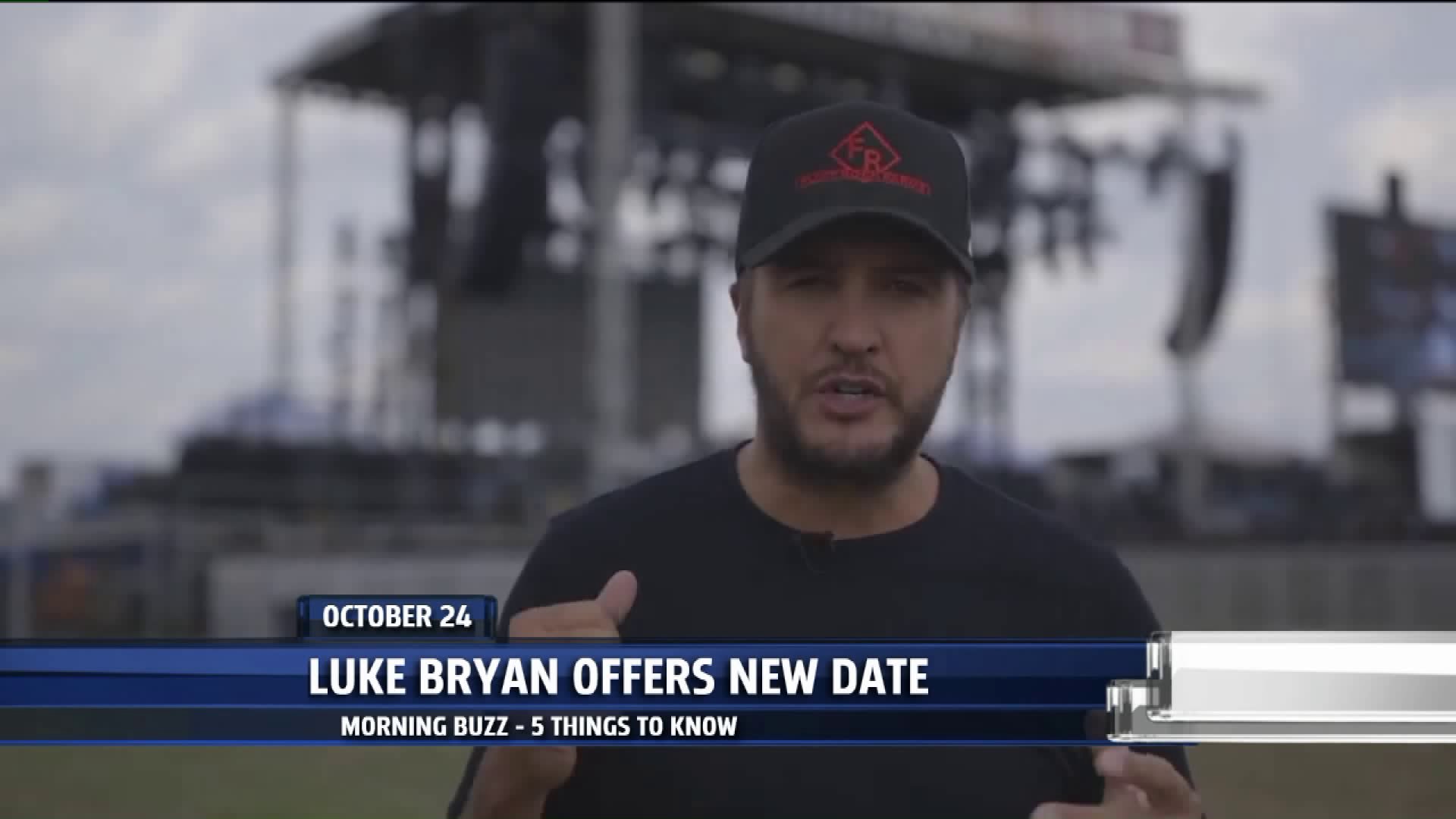 1. One of the most popular athletes of the decade is coming to West Michigan. Time Tebow will speak at Calvin University on Thursday, October 24.

Tebow's talk is part of the second global congress on sport and Christianity, with a goal to bring about a culture shift in modern sport and the tole it plays in the life of Christian faith.

Tebow is a Heisman Trophy winner and one of the most successful college quarterbacks, and NFL players. But now he's trying to make it in baseball as he competes in the minor leagues.

It's a one hour event starting at noon at Van Noord Arena. Tickets are on sale now.

2. Briggs Park in Grand Rapids is now open! This summer, the city updated the playgrounds, added accessible pathways, and a picnic shelter to the park on Knapp Street just West of Plainfield Avenue.

Officials plan to improve public art and butterfly gardens in the spring.

The updates were funded by a park millage that voters approved in 2013. The city also celebrated the launch of North Quarter Pathways, five loops totaling 5 miles.

They were added into existing sidewalks on Plainfield Avenue to create safe routes.

3. Luke Bryan is returning to Richland later this month.

The concert at Stafford Farms will now be held on Thursday, October 24, the day before Bryan is scheduled to perform at Ford Field in Detroit.

The much-anticipated farm tour show was called off on September 27 as severe weather passed through the area.

Also, Luke Bryan's website has issued a refund policy for those who can't make the rescheduled show.

4. Casual or formal? Why not both? There's a new shoe combining the comfort of sneakers and the elegance of heels.

A young Romanian fashion designer is combining vintage sports shoes, such as Nike, with high heels and straps.

The result is an interesting twist to old Nike shoe models, as far back as 1987, and a new sleek women's heel.

On the show, he'll interview celebrity guests. It's part of a deal between HBO Max and the children's television producer. The centerpiece of the deal is five new seasons of "Sesame Street" that begin next year.

Production begins next month, but it's not clear when the program will air.