Wrong-way driver causes 3-car crash, shuts down part of US-131 in Grand Rapids 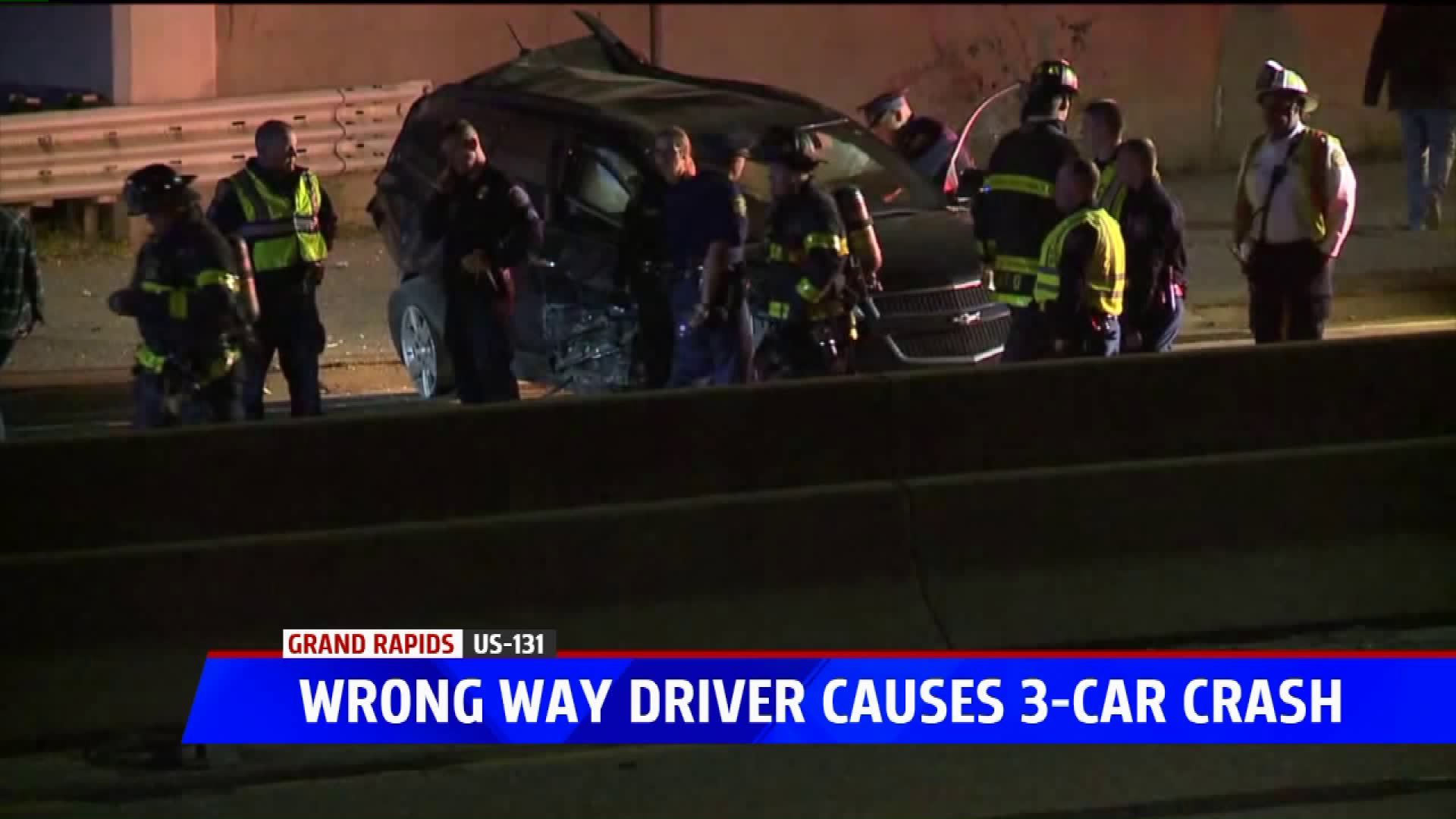 Police rerouted drivers off the Franklin Street exit and immediately back onto the highway. A Michigan State Police sergeant at the scene told FOX 17 they expected to reopen it sometime around 5 a.m.

FOX 17 crews reported seeing several emergency vehicles and at least one vehicle that appeared smoking when they arrived. The Kent County Road Commission was also spotted at the scene.

It was not known if anyone was hurt as part of the crash.