9-year-old with arthritis to get statewide honor 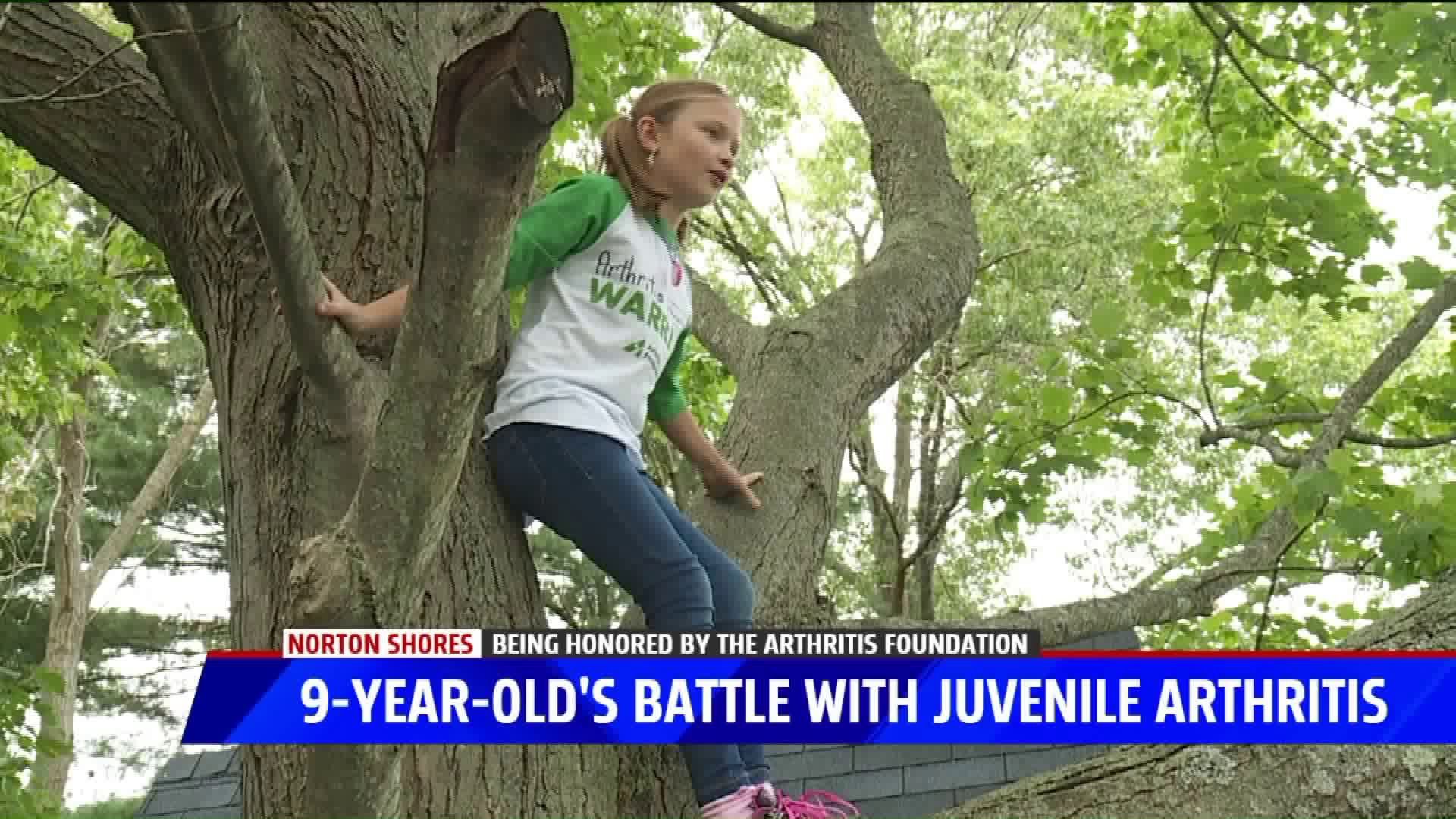 NORTON SHORES, Mich. — She’s been fighting arthritis head-on and now a little girl in Norton Shores is being honored statewide.

Most people think of arthritis as something older people may get but 9-year-old Mackenzie Proefrock is becoming the new face, with hopes of one day finding a cure.

"The only way that we find we’ll be able to get a cure is that people know and understand how bad arthritis is," Mackenzie's mom Jeanne Proefrock explained.

Mackenzie is like most 9-year-olds; she enjoys playing outside, reading books and gymnastics.

"That’s what really makes her our hero, because she battles this every day and you can’t see it on the outside," Jeanne said.

But unlike most 9-year-olds, Mackenzie is battling through persistent pain.

In 2012, when Mackenzie was 2 years old, she was diagnosed with juvenile arthritis.

"To know what was wrong was relieving, but then the battles started we didn’t know what it meant to take care of it or what this journey would look like," Proefrock said.

It's a journey that includes medication, frequent shots and daily pain.

"The pain has never been under 100% control for her," Proefrock added.

The family says, her pain gets worse during brutal Michigan winters.

"It gets so cold outside and that seems to make my arthritis flare up and that makes it so I can’t go outside and play with my friends at recess. I have to stay inside most of the time at home," Mackenzie said.

It's a tough battle but it is one this strong family wants to shed light on.

"There’s thousands of children with this disease and a lot right here in our own community, we just want to make sure they know there’s others battling the same thing and we really work hard to advocate for her," Proefrock said.

"And make sure there’s a cure out there someday for her, that’s her dream, even if it’s not for her and doesn’t work for her, she wants it for others that’s what she always been telling me. That’s why she does all the things she does and that’s pretty exciting for a 9-year-old to have that mindset," Proefrock said.

A mindset that is always positive and despite all she deals with, she continues to thrive.

"Event though I have arthritis, I’m still a normal kid," Mackenzie said.

Mackenzie is speaking as the youth honoree at the Arthritis Foundation’s Bone Bash in Grand Rapids on Oct. 25.

The event will raise money for the foundation, for more information, click here.