Sunshine, frost, and a powerful fall storm on tap this week 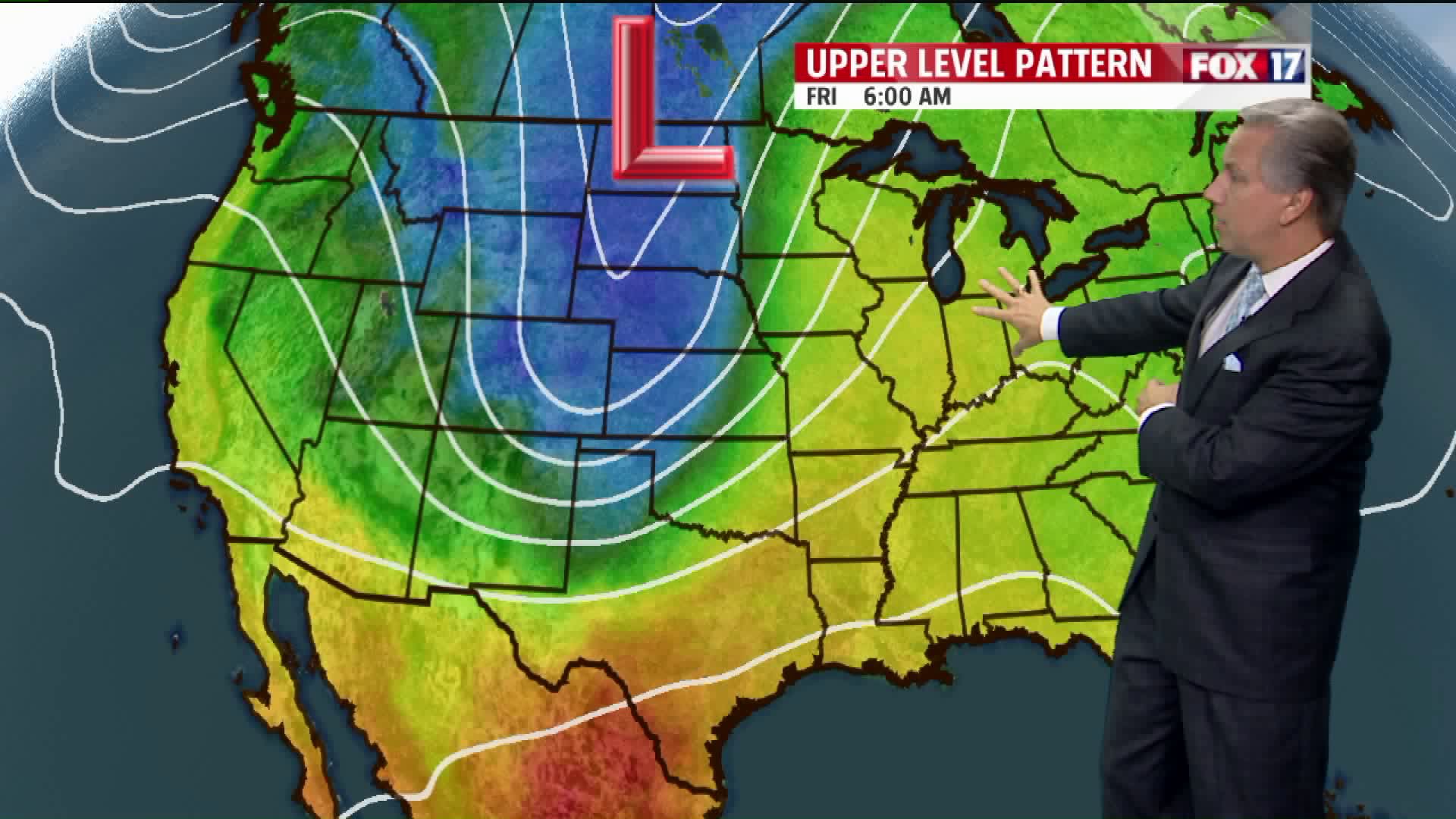 WEST MICHIGAN -- Dry, sunny weather is expected through Thursday of this week before a powerful fall storm arrives in time for the weekend. Look for temperatures to moderate up near 70 degrees this week with high pressure in control.

Areas of frost will be likely on Monday night into Tuesday morning as we expect most low temperatures to dip into the 30s. Then, we turn our attention to the potential for a significant fall storm that could impact the area on Friday and Saturday with wind, rain, and sharply colder air. Take a look at our computer forecast model. The image below shows colors, signifying the warm and cold air masses. The image is valid for 6 P.M. on Wednesday. Note the "H" or high pressure in control, but also note the trough and blue colors (colder temps) over the northern Rockies and Montana. That's the low pressure and colder air building and coming our way.

The next image below is valid for 6 P.M. Thursday. Notice how the upper level trough (where the lines dip) and the colder air in blue is moving further south/east and a low has formed.

The image below valid for 6 P.M. Friday already shows this powerful fall system with cold air at its core dropping into the Plains and Midwest with wind, rain, and sharply colder air. While Friday itself should still be mild for us, mostly cloudy skies, windy conditions, and rain showers are likely by the P.M. and evening hours. Remember the circulation around these lows...a counterclockwise fashion. So ahead of the system, the warm air is pulled up from the south...that's where Michigan is through Friday...note the warmer tones/colors in yellow. Behind the system, winds from the north are pulling colder air in from Canada across the Northern/Central Plains and Midwest. This system will deliver some of the coldest air we've seen in about five months. May 2 was the last time we had temperatures only in the 40s for highs!

The final image below is valid for 6 P.M. Saturday. The colder air is working into the Great Lakes along with wind and rain showers. It's not out of the question that widespread 40 to 50 mph sustained winds will be possible with this system Friday, Friday night, and Saturday. They may be higher/lower, so make sure to stay up on later forecasts!