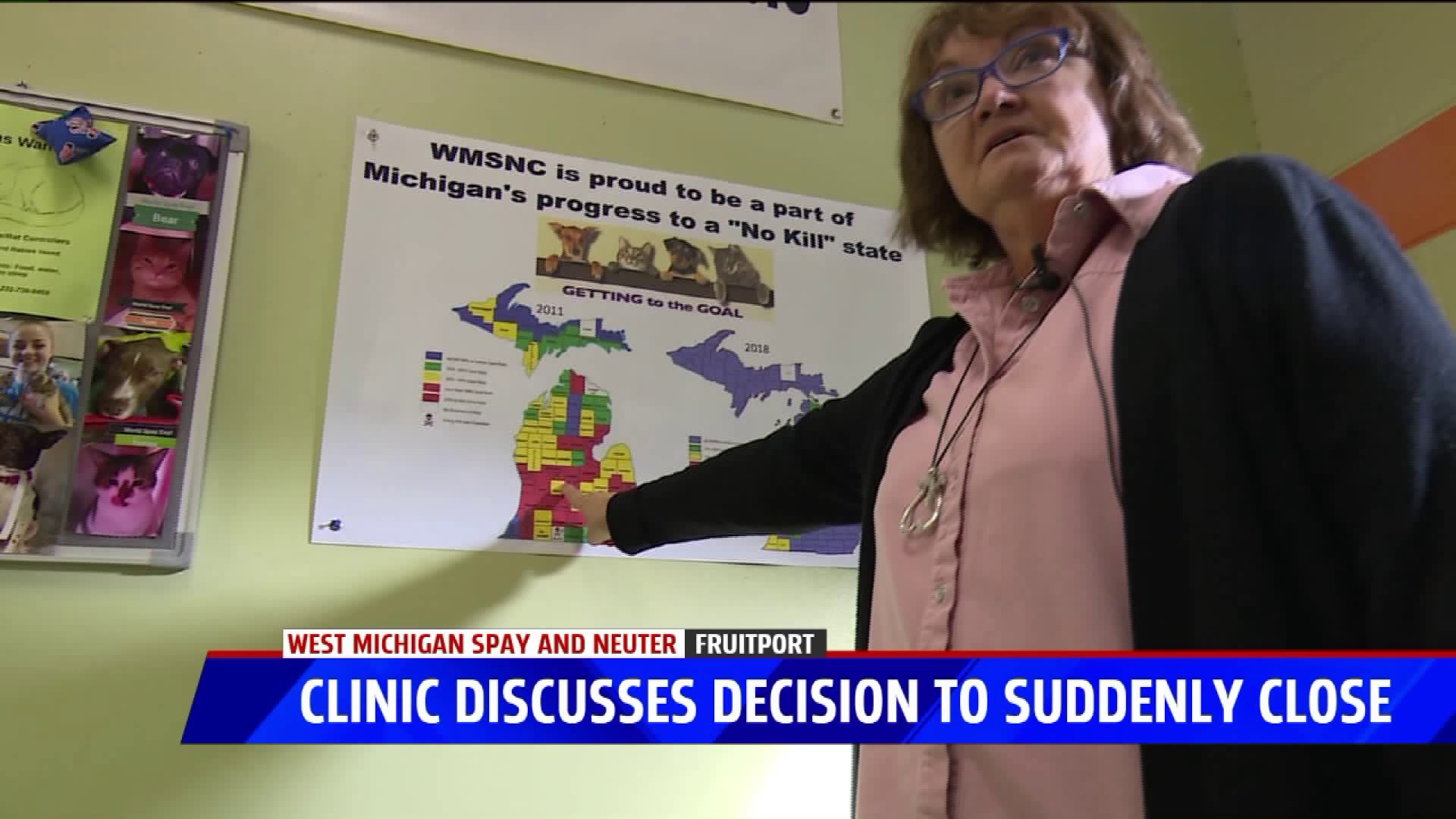 FRUITPORT, Mich. — Anne Munford and her co-founder of West Michigan Spay and Neuter Clinic built the place with their own two hands.

"It's really a 'mom and mop' kind of place," co-founder Anne Munford said.

Munford started the clinic back in October 2010, with the goal of reducing the number of dogs and cats euthanized for space in Muskegon County, by offering affordable spay and neuter services.

Back then, less than 25% of adoptable pets in Muskegon were saved, according to Munford.

“We performed over 29,000 spay and neuter services since we opened,” Munford said.

It's something Munford and the rest of the board is proud of, and part of the reason why they say it's so hard to let this place go.

“We really value our employees and we didn’t want to continue beyond which we could not make payroll,” Munford said.

Because West Michigan Spay and Neuter operated at such a thin margin to begin with, something they say they did to make sure they could serve as many pets and pet owners as possible, things went from manageable to forcing the nonprofit to close its doors.

The clinic also told FOX 17 they faced challenges finding veterinarians willing to do 30 surgeries a day.

“It was absolutely gut wrenching. But it was something that needed to happen. We needed to stop. You can’t continue on in a business when the financial system that isn’t working,” Munford said.

Munford says, though they are gone for the time being, they're hoping to come back and service Muskegon County in one way or another.

“We’re taking a pause, to figure out how to make this mission work,” Munford said.

The clinic is directing pet owners to C-Snip for any low cost vet services they may need.