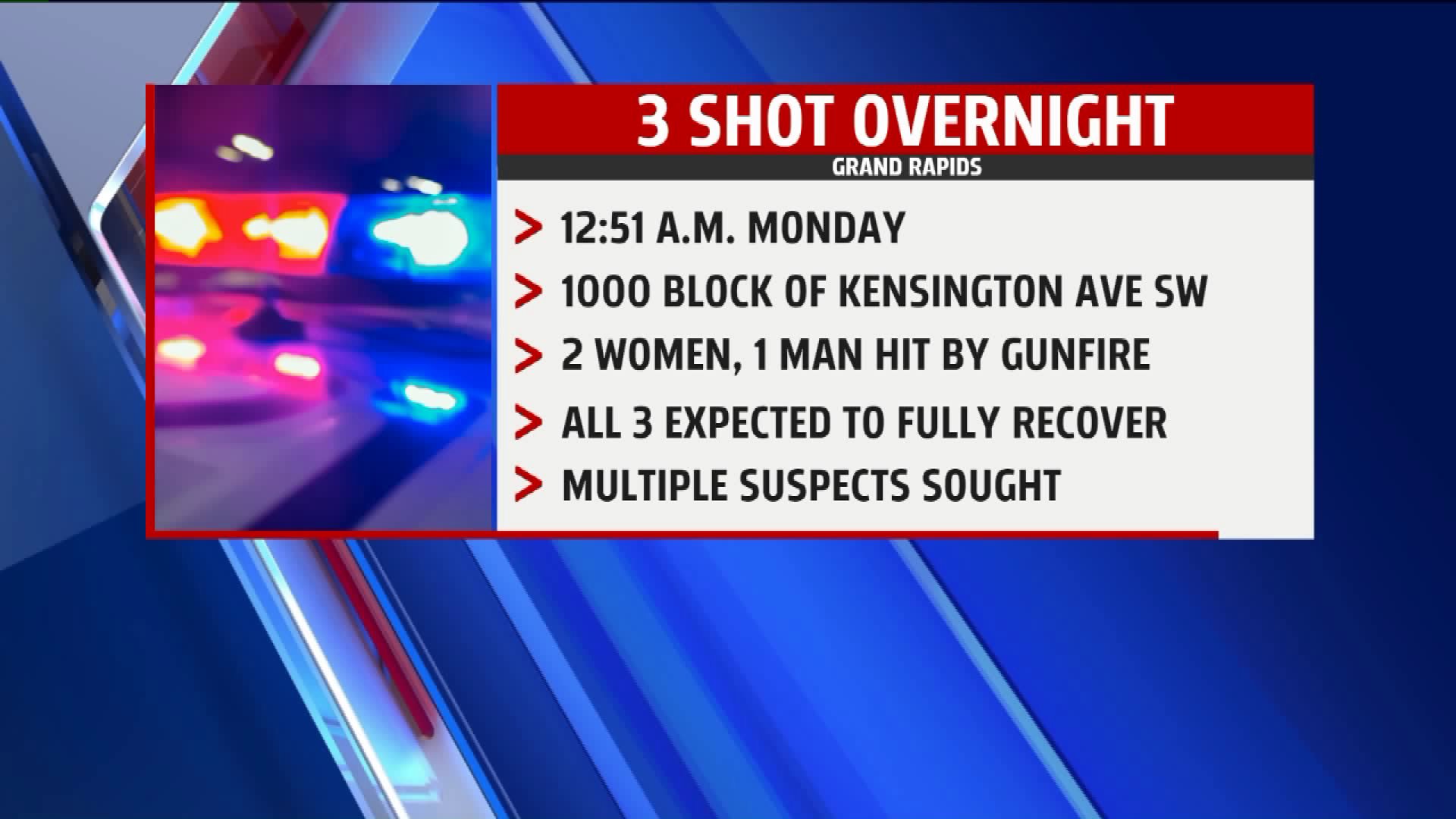 It happened around 12:51 a.m. at a home in the 1000 block of Kensington Avenue SW in Grand Rapids' Black Hills neighborhood.

Police say suspects forced their way inside the home and shot two women and a man,  but all are expected to recover.

The suspects are believed to have fled the area on foot, last seen eastbound on Hall Street.

As of right now, police are not releasing any description of the gunman but say they are seeking multiple suspects.