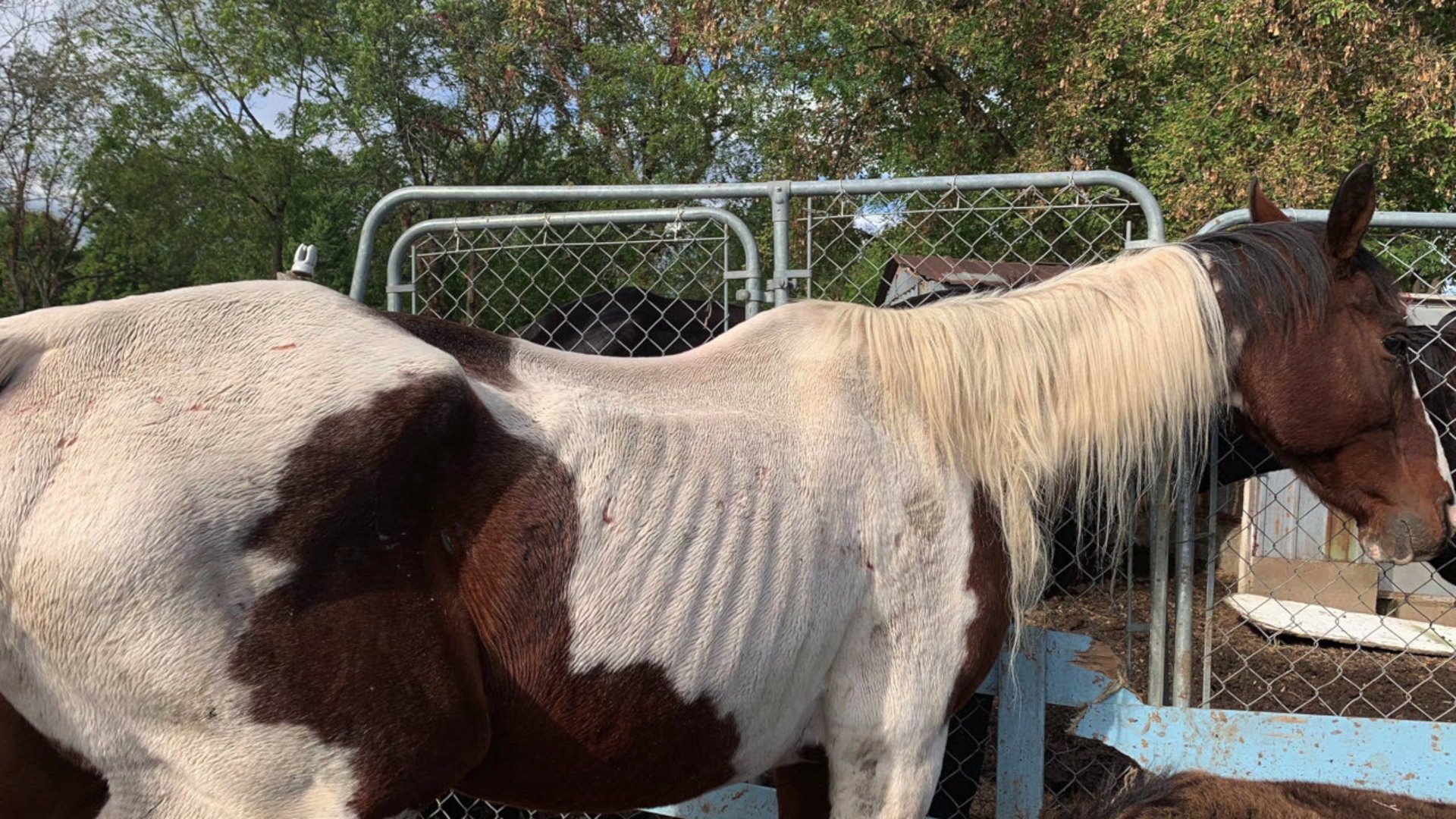 Concerns horses in Belding may be neglected

The images were reportedly taken at a home in Belding.

Tiffany Armstrong  says she took the pictures, adding that she and her friend, Christine Simons, found the horses looking very thin. Simons and Armstrong say they went to the woman's house, because Simons paid the woman in Belding to haul her horses to Michigan when she was moving here from Texas.

That was about four weeks ago.

After asking to see the horses multiple times to no avail, Simons says she went to the woman's home to check on them. They said they were horrified when they got there.

“I’ve known one of the horses my whole life. She’s 27 years old. I’ve never seen her in that condition. She’s on her death bed,”  Armstrong said.

"I don't really know what you want me to say, beside my mare is half-dead," Simons said.

They say they've contacted animal control, who confirmed there is active investigation.

Neighbors who didn't want to go on camera tell FOX 17 this has been going on for a while. They say they've tried to contact animal control, with no luck.

When we stopped by the property with our cameras Monday, there was hay out for the remaining horses. Neighbors tell us many of the horses had been moved throughout the day.

FOX 17 reached out to the owners of the boarding facility, who weren't available for comment.