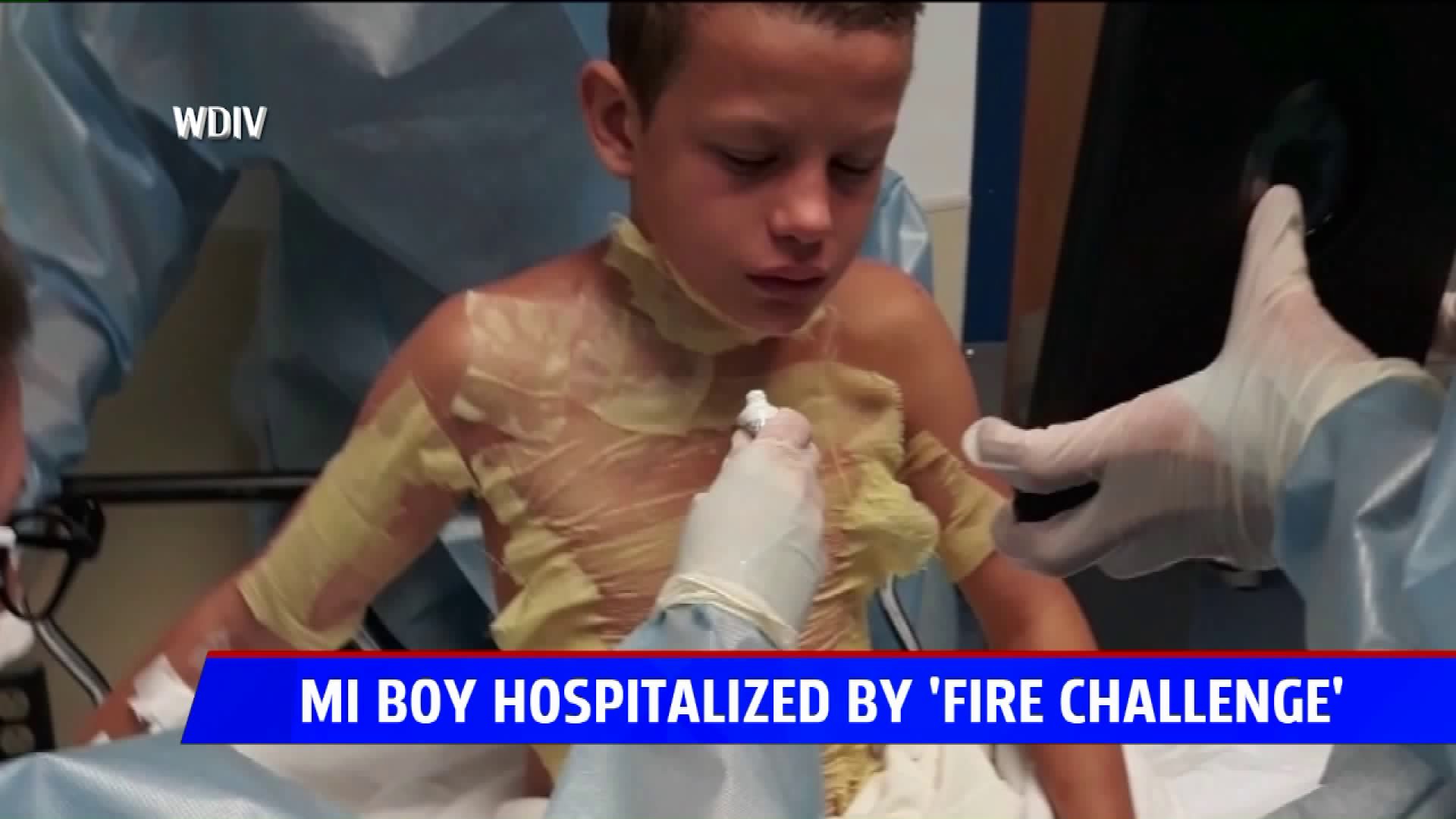 DEARBORN, Mich. — A YouTube challenge has landed a Michigan boy in the hospital.

It’s called the fire challenge, which is simple but extremely dangerous. It involves dousing yourself or a friend in flammable liquid, lighting it on fire and recording it.

Twelve-year-old Jason Cleary from Dearborn tried the challenge out with a friend.

"The first time it was like a little tiny fire then it gulfed and they kept spraying it on me," Cleary told Detroit station WDIV. "I was in much much pain."

Thankfully he was able to get to the hospital but he suffered second-degree burns.

Now, his mother wants other parents to be aware of this challenge and Chris McKenna of Protecting Young Eyes says there is something you can do protect your kids. But, it doesn't start with cutting off the internet.

"No, you're not going to win that battle but you can control your kid and you can have the right conversation with your kids," McKenna says.

And the right conversation starts with a question: why do kids do these challenges?

"The challenges come and go, whether it's the 'Tide Pod Challenge,' the 'fire challenge' or the 'cinnamon challenge,'" McKenna said. "Those will always come and go but what stays the same is teens who have an underdeveloped prefrontal cortex and therefore don't make good decisions, who get caught up in this idea that 'I can have my five seconds of fame and I can get all of these views on this video and get all of this attention' and that's a really intoxicating thing for that teenage brain."

It's about having a conversation with your child and knowing your child so you can stop them from doing a challenge that could land them in the hospital.

"Whether it's a challenge or whether it's sending an inappropriate photos or whatever digital behavior we don't want our kids to be doing, it's really that combination of knowing your kids well enough, knowing the digital playgrounds they have and then asking yourself are there risks that, because of what I know about my kids, that this playground has that my kid just can't handle so I've gotta monitor them a little bit closely I should know the apps that are on their phone, I should approve all of the apps they're putting on their phones so that I have knowledge of them," McKenna said.

For help on talking to your kids about these types of challenges and using social media, visit Protecting Young Eyes' website.