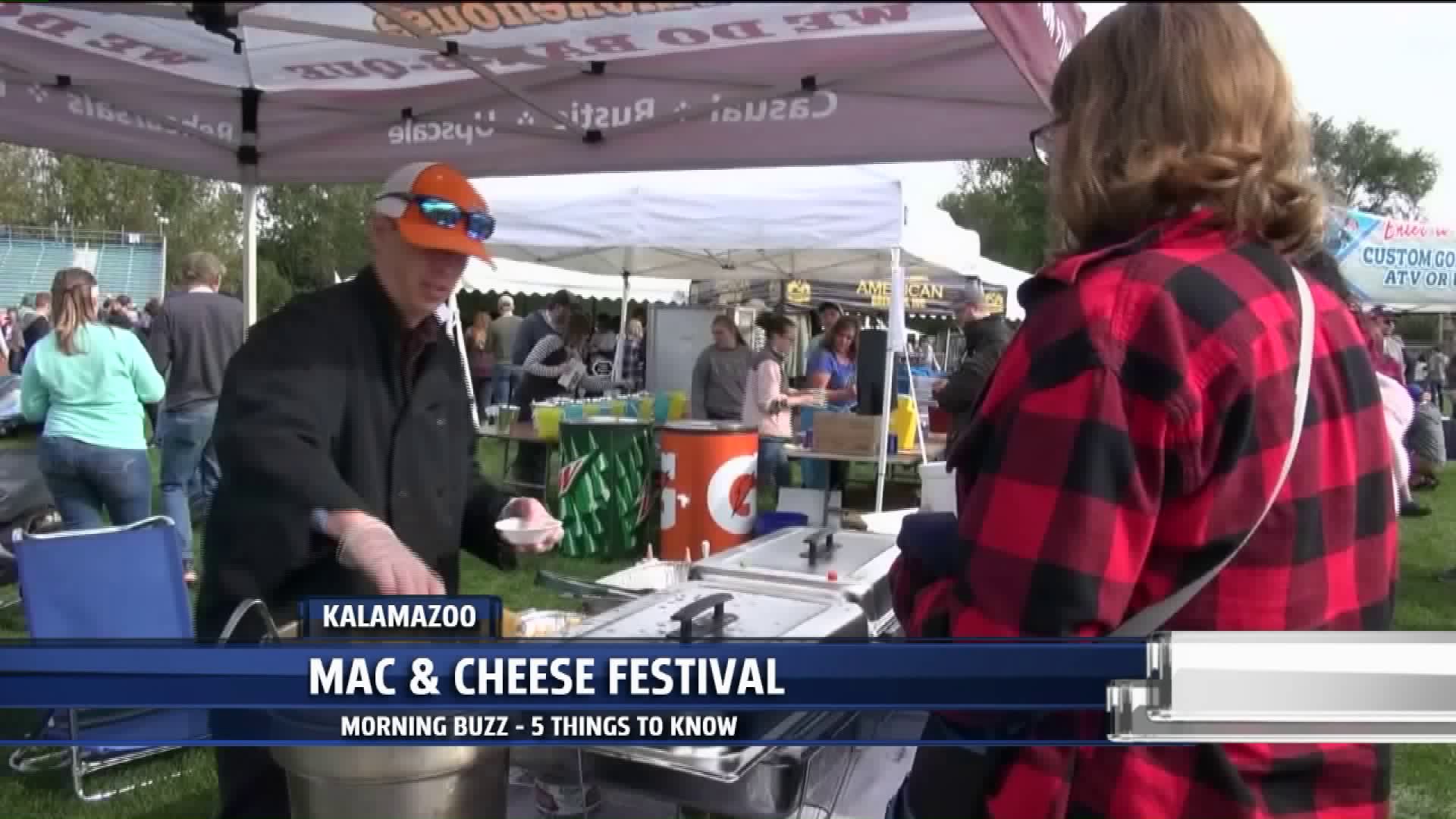 1. An out-of-this-world event will soon be making NASA history! The space agency confirmed the first all-female spacewalk is happening on Monday, October 21.

Michigan astronauts Christina Hoch will join her colleague, Jessica Meir, for the walk.

NASA's first attempt got canceled in March due to a lack of available spacesuits. Only one medium-sized suit was aboard the International Space Station at the time.

Koch and Meir will be upgrading the power systems on the ISS.

2. Thousands came out to enjoy one of West Michigan's Cheesiest events for a good cause.

Mac and Cheese Fest at Homer Stryker Field in Kalamazoo brought in tons of vendors. The event was so popular, it sold out the Tuesday before the event.

3. Some writers work their whole life to get published, but one girl in Flint got published at 9-years-old.

Tayler Williams created Tayler's Lip Balm, a homemade lip balm business. She says it started as a science project and everybody at school like it so she continued to make it.

She later wrote a children's book, "I Like My Lip Balm," with her mom.

If you'd like to read Williams' book, it's for sale on Amazon . The paperback costs $12.

The bears vary in price, and costumes are also available.

Build-A-Bear will donate a portion of the proceeds to charities and to organizations like "Toys For Tots."

"Frozen 2" makes its way to theaters on November 22.

5. If you love cool mint with your chocolate, you'll want to check out this new treat. It's a new hot chocolate out this fall featuring York Peppermint Patty mint flavoring in the hot chocolate.

The drink mixes can be purchased at Walmart in pouches at just under $3 for six of them, or you can buy it in Keurig K Cup pods.

Peppermint Patty Hot Chocholate may end up being a seasonal drink, so, supplies in stores may not last long.