Kelloggsville to drop varsity football for remainder of 2019 season 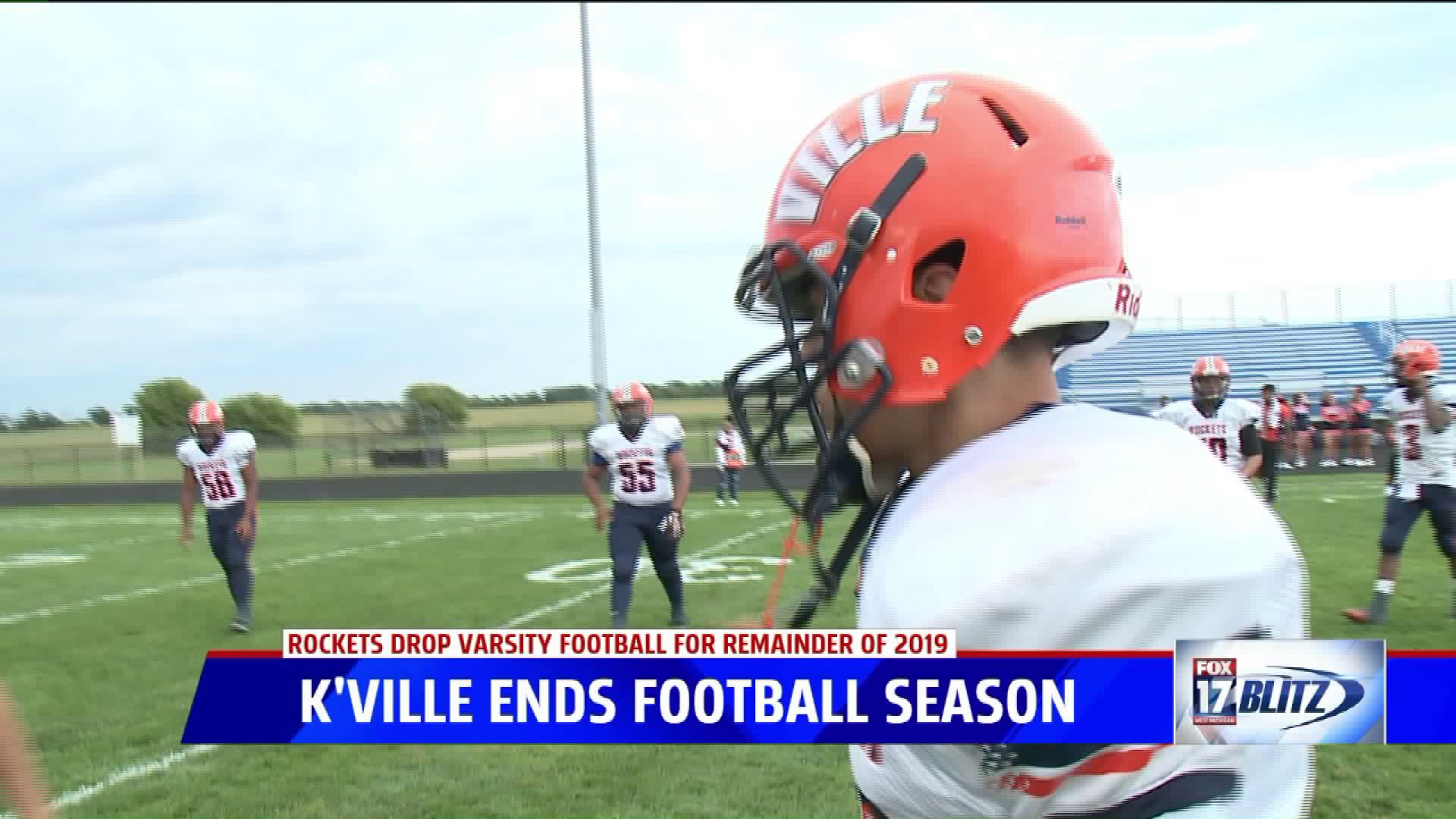 WYOMING, Mich. -- Kelloggsville is dropping varsity football for the rest of the 2019 season.

In a release, the district said the decision was made out of concern for the players' safety. The team has 12 players who are able to play, which won't change for the remainder of the season.

"We have been monitoring our low numbers since the beginning of the season and have tried a variety of strategies to boost those numbers up, but because of recent injuries and other unforseen events, we are left with no options," the district said.

The Rockets were 0-6 on the season, with remaining games against Godwin Heights, Hopkins and Belding, who are now left with an open week and are reaching out to other programs who are also off.

The OK Silver is now down to three teams after NorthPointe Christian, Wyoming Lee, and Calvin Christian went independent for this season.