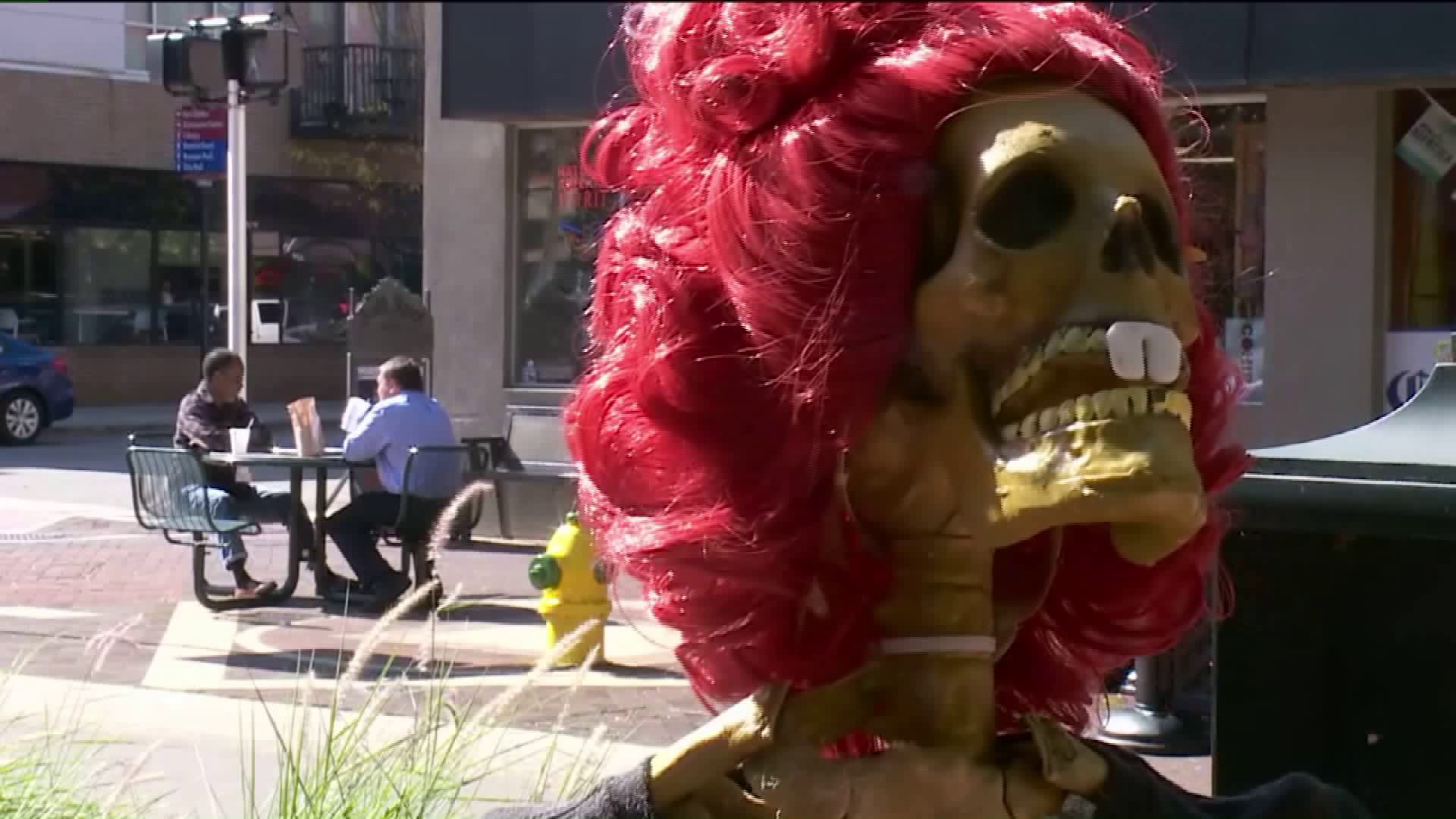 Take a `skelfie` on the `Skeletour` in downtown Kalamazoo

KALAMAZOO, Mich. — Holly Eakes said she and a friend were walking on the Kalamazoo Mall shopping for crystals and healing stones when she came across a skelton.

So, she decided to take a picture with it.

“We were not aware that they were going to be here and we found them quite interesting,” she said during an interview with FOX 17 Monday afternoon. “We’ve had a fun photo shoot with a few of them.”

She said so far it’s been a big hit.

“We installed them on Thursday this past week and even as we were installing them people were taking 'skelfies' with the skeletons and asking us questions,” she said. “It’s been wonderful.”

Huggett said the skeletons were scattered along the Mall, Michigan Avenue and near the Kalamazoo Public Library. Passers-by have been checking them out, taking skelfies and posting them social media with the hashtag #skelfie.

“If you snap a photo through Nov. 2, a skelfie with one of the 35 downtown skeletons, and tag 'DwntwnKalamazoo' on Instagram, you’ll be entered to win up to $300 in downtown dollars,” said Meghan Behymer of Kalamazoo Downtown Partnership. “The more times you submit a skelfie the more times you’re entered.”

Huggett said each of the skeletons are decorated differently. Thirty-two businesses and organizations in the area sponsored a skeleton and fashioned it to reflect their work. Western Michigan University’s skeleton has on a cap and gown and the KWings skeleton wore a hockey jersey.

Skeletour kicked off on Saturday with hundreds of people checking out the different skeletons and it immediately had an impact on the local economy.

“Just in the last few days we’ve seen an incredible increase in foot traffic everyday of the week,” Huggett said. “We had one business report that all three days this weekend — Friday, Saturday, Sunday — they were very busy and that’s what we want to hear.”

She said Skeletour ends on Nov. 2. However the displays have been such success that they’re already planning for next fall.

“Oh we’re already talking about ideas for next year,” laughed Behymer. “We really are. Plenty of ideas on how to make it bigger, better, how to engage the community more in it. Yup, we’re ready.”