Infamous 100th Street overpass to be replaced in 2020 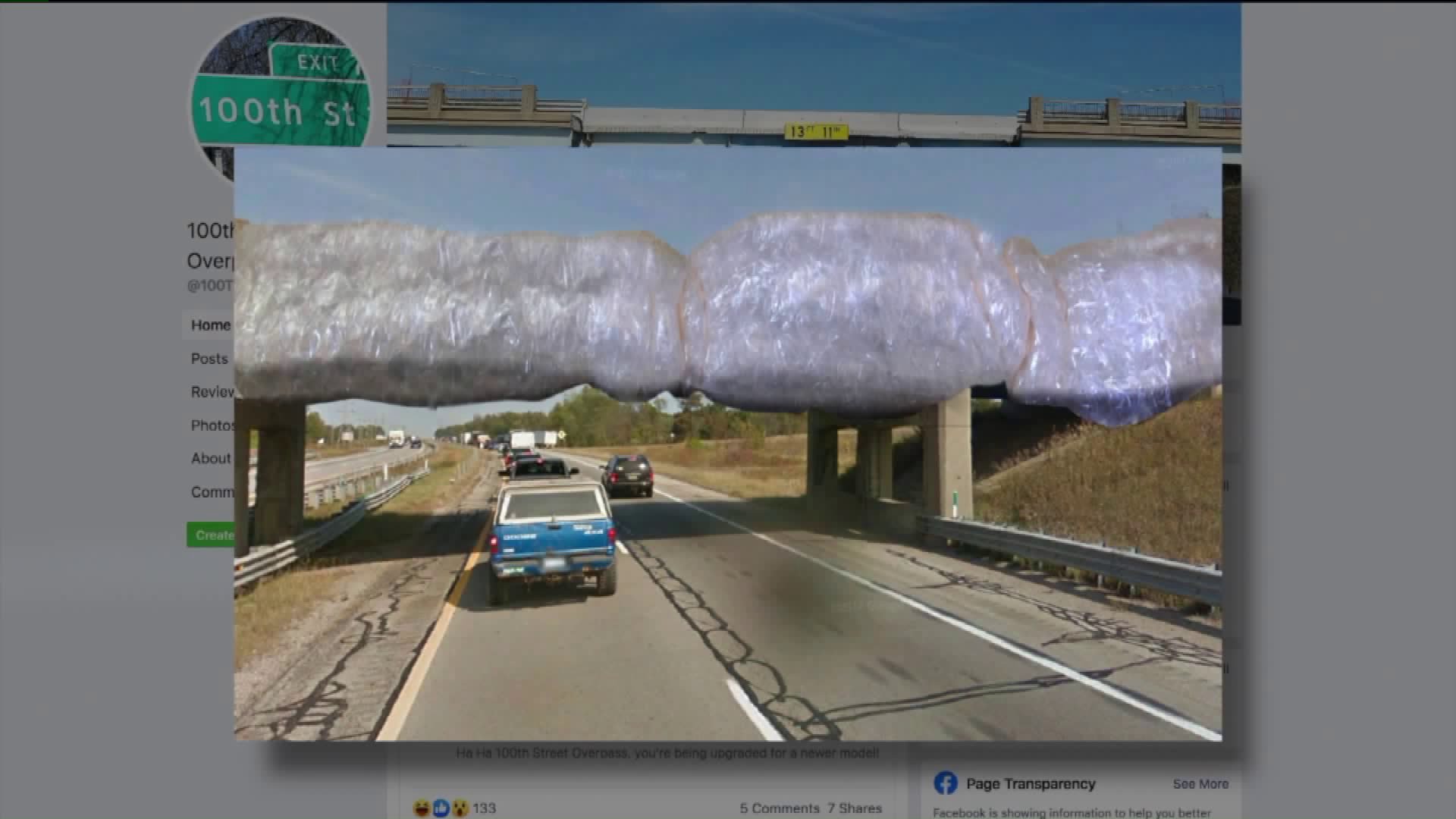 BYRON TOWNSHIP, Mich. -- A bridge that gained notoriety last year for being repeatedly struck by motorists is set to be

After being hit 13 or 14 times in 2018, the 100th Street overpass has become a thing of legend to the people of West Michigan. The bridge hasn't been struck since the Michigan Department of Transportation added 4 inches of clearance by resurfacing a portion of the roadway last summer, but they are eager to replace it entirely.

MDOT is hosting a public information meeting about the project from 4- 6 p.m. on Tuesday at the Byron Township Hall.

Speaking to FOX 17 Tuesday morning, MDOT spokesman John Richard recalled the repeated incidents, "I was losing sleep. I was dreaming about it getting struck. I mean, I would wake up and there would be another closure because of a bridge struck. I’m like. are you kidding me?"

The 2020 construction is scheduled to last from March until September. US-131 will remain open during that time, though 100th Street will be closed.

J&H Family Stores have a location just off the highway on 100th and worry about how the project might affect business.

"Obviously it is a deterrent for business, as this is the second or third time the bridge has been closed. But we are hopeful that this will be the last time and that this repair will be a long lasting and effective repair to this bridge so we don't have to continue

to deal with these issues," a company spokesperson said.

One fan of the bridge started a Facebook page for the structure, imagining the thoughts of a sentient bridge that just wants to be left alone.

After the plan to replace the original was revealed by MDOT, a Facebook page for "the new 100th Street Bridge" popped up and started antagonizing the original.

And then, about 4,000 people RSVP'd to a satirical Facebook event to bubblewrap the bridge. Though the event was created in jest, Michigan State Police released a statement advising people not to attempt and wrap the bridge, saying at the time, “strict enforcement action will be taken if necessary.”

This prompted 5 Lakes Brewing Company in Dorr to create their own beer inspired by the bridge. The tap handle for their '100th Street Bridge Wheat' was, of course, wrapped in bubblewrap.

On Tuesday, FOX 17 spoke to Mike Niemchick, the man who created the facebook event to wrap the overpass. Niemchick has high hopes for the replacement bridge, saying, "I’m hearing they are going to raise the bridge and widen it up, hopefully that does something. I don’t think we’re ever going to need to play heroics with bubblewrap ever again."