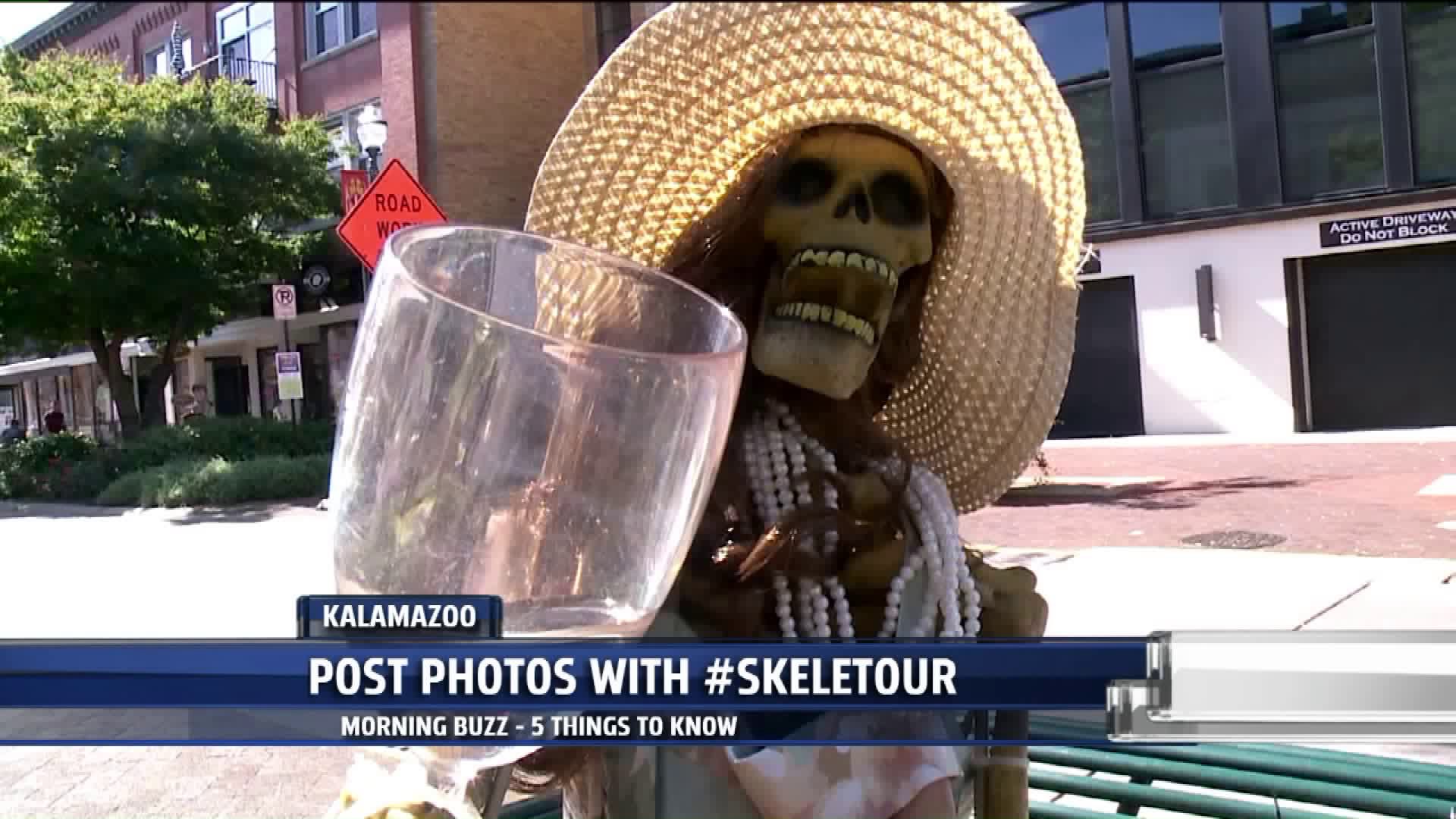 1. Mary Free Bed is expanding to serve more patients, all across the state.

The organization's facility in Saginaw will now include outpatient rehab services. It's on Covenant Healthcare's main campus.

The partnership began last year, with dozens of inpatient beds.

They'll also be adding orthotics and prosthetics services, as well as a center for autism.

2. First responders at Ford Airport along with the Kent County Sheriff's Department are taking part in the Pink Patch Project.

Airport police and firefighters designed their own pink patches, and the community can show their support by buying one.

Patches are just $10 each, and the money benefits both Gilda's Club and the department's Benevolent Fund to support officers and their families.

They're available at the department on Ball Avenue, or in the Grand Hall of the airport on October 18.

3. Kalamazoo Downtown Partnership is hanging skeletons all around the area just in time for the spooky season.

Local businesses sponsored different skeletons, so there are all different styles on this Skeletour.

People are encouraged to take a selfie with one, and post it to social media with #Skeletour for a shot at $300 "Downtown Dollars."

Those bones will be laid out until November 2.

We were not aware that they were going to be here. And we found them quite interesting. We`ve had a fun photoshoot with a few of them

4. Instead of naming a star after you, how about adding your name to a moon? Scientists are giving people the chance to name one of the 20 newly discovered moons around Saturn.

The Carnegie Institution for Science kicked off its naming contest this week. The rules specify that the names must come from either Inuit, Norse, or Celtic Mythology.

To enter the contest, just Tweet your suggested name to Saturn Lunacy with #NameSaturnsMoons. The contest ends on December 6.

5. There's a video stirring quite a "buzz" on social media. How would you like to see a swarm of hornets waiting outside your door?

A video was captured from a Ring doorbell in Pinckney, Michigan of a swarm of hornets hovering around a homeowner's front porch.

According to the homeowner, they think these came from a nest of Bald Faced Hornets about 30-feet from their front door.

Ring's motion-sensing technology initiated HD video recording as soon as the bees started swarming and sent a notification to the homeowner's mobile devices. They then posted their videos to the Neighbors App, used to help neighbors stay up to date on local crime and safety information.