MSP warns of more deer on the roads 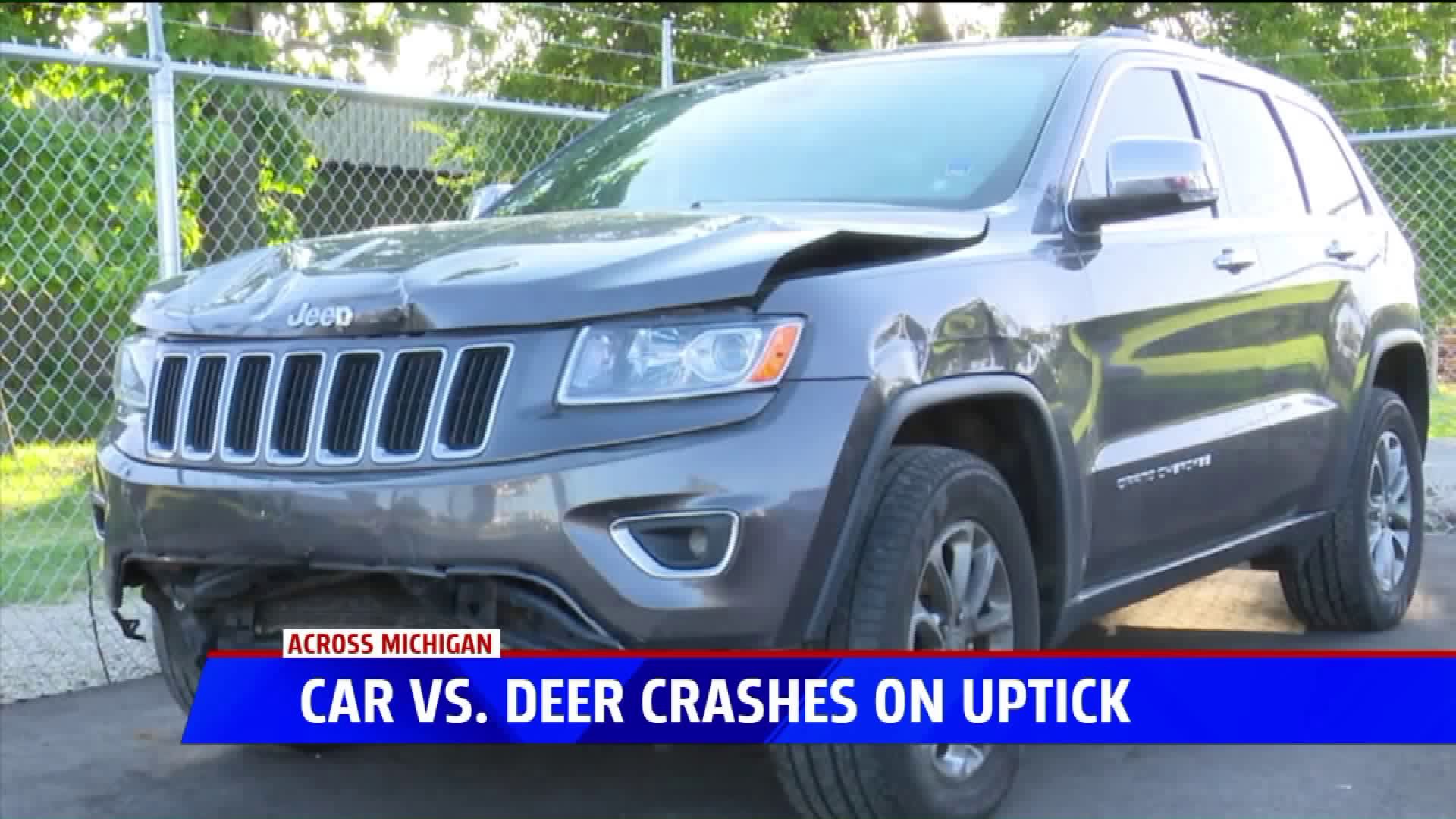 GRAND RAPIDS, Mich. -- October is considered the month when more deer start to roam near the roads. The trend continues through November and December, as deer become more mobile and scattered.

According to the Insurance Alliance of Michigan, Oakland County had the most deer versus car crashes in 2018 with 1,851. Kent County came in second with 1,837 throughout the year.

Paul Brand, owner of Maaco body shop in Grand Rapids, says he has already noticed in uptick in accidents in the past two weeks.

"Deer collisions are a part of life," said Brand.

Currently, Brand is repairing a Jeep with more than $7,000 of damage as a result of a deer.

"Deer are obviously up and moving," said Brand. "They're in the rut now, so people are having encounters with them."

Brand says most deer crashes result in an average of $2,000. Although, some accidents can be fatal or with many serious injuries.

On Tuesday morning, WDIV-TV reported a Macomb County dispatcher died when an SUV hit a deer near Ray Township. The deer was then thrown into traffic and smashed into the dispatcher's windshield, which caused him to crash into a tree.

If you do happen to crash into a deer, the Insurance Alliance of Michigan reminds drivers to avoid swerving. IAM recommends braking and holding onto the steering wheel.

If you are driving through a woodsy area where deer may be populous, slow down. IAM  is also reminding drivers that if you see one deer, they typically travel in groups.