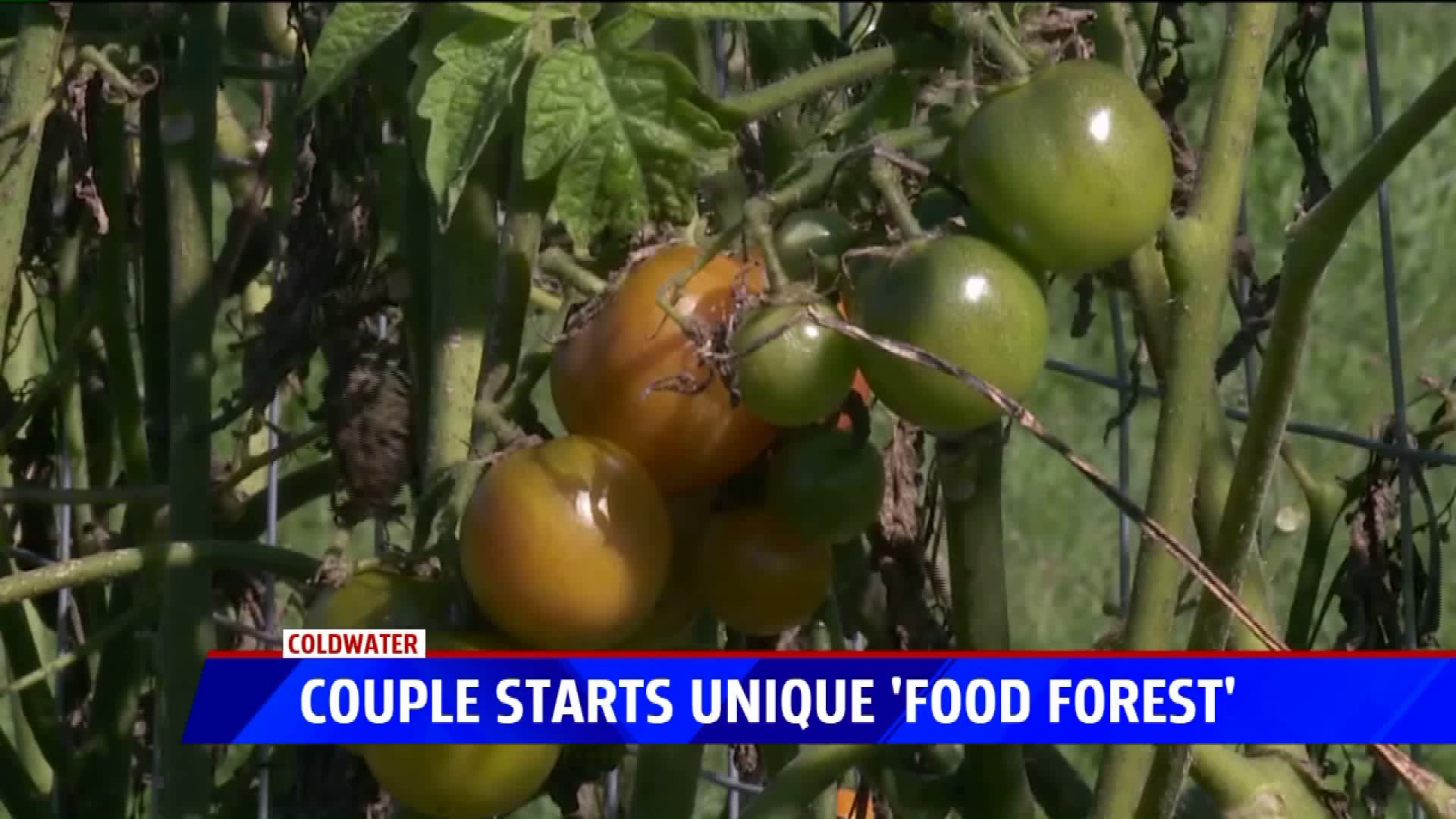 “We’ve got about a hundred varieties of different types of nuts, fruits, bush tree,” said Skip during an interview at the farm. “Some of the oddball ones we have is gooseberries, Pawpaw trees, goji berries. You know, stuff you’re not going to find at a supermarket traditionally.”

Skip said the food grows on two acres of land next door to their home and they call it a forrest farm. They have tall trees mixed with moderately-sized trees, which produces a variety of fruits and vegetables.

“Then finally at the very bottom you’ll have say strawberries or mint or thyme as a ground cover,” he said. “So you can make, in our case, about two acres behave and produce like six or eight.”

Two years ago, the Uldricks opened the farm and called it 558 Food Forest Farm and Nursery.  Since then they've been using it as a way to introduce residents to a new way of farming.

“Branch County lost about 300 farms in the last decade,” said Skip, who has a background in forestry. “Ten years ago, a typical farmer was making about $40,000 a year. Today that’s down to $20,000. And half the farms in Branch County are underwater.”

Farms in the area aren’t making as much money as they used to, he said. He believes creating a forrest farm, or a micro-farm, will help them turn a profit.

“It’d double their income and not have any increase in labor and they don’t need a tractor,” he said. “So it’s just sort of a demonstration of another option, you know, for growing food.”

And it’s all organic too, Skip said. They don’t spray pesticides so they don’t lose their pollinators.

Jennifer said they recently got their nursery license and may use it to make additional income. They’d ultimately like to open a year-round farmers market in a nearby town. For now, they’re going to focus on helping people help themselves.

“We’re kind of just going to use this as a garden to show people this is what you can do in a very short period of time,” Jennifer said. “You can do exactly what we’re doing and make your own little patch of eden.”