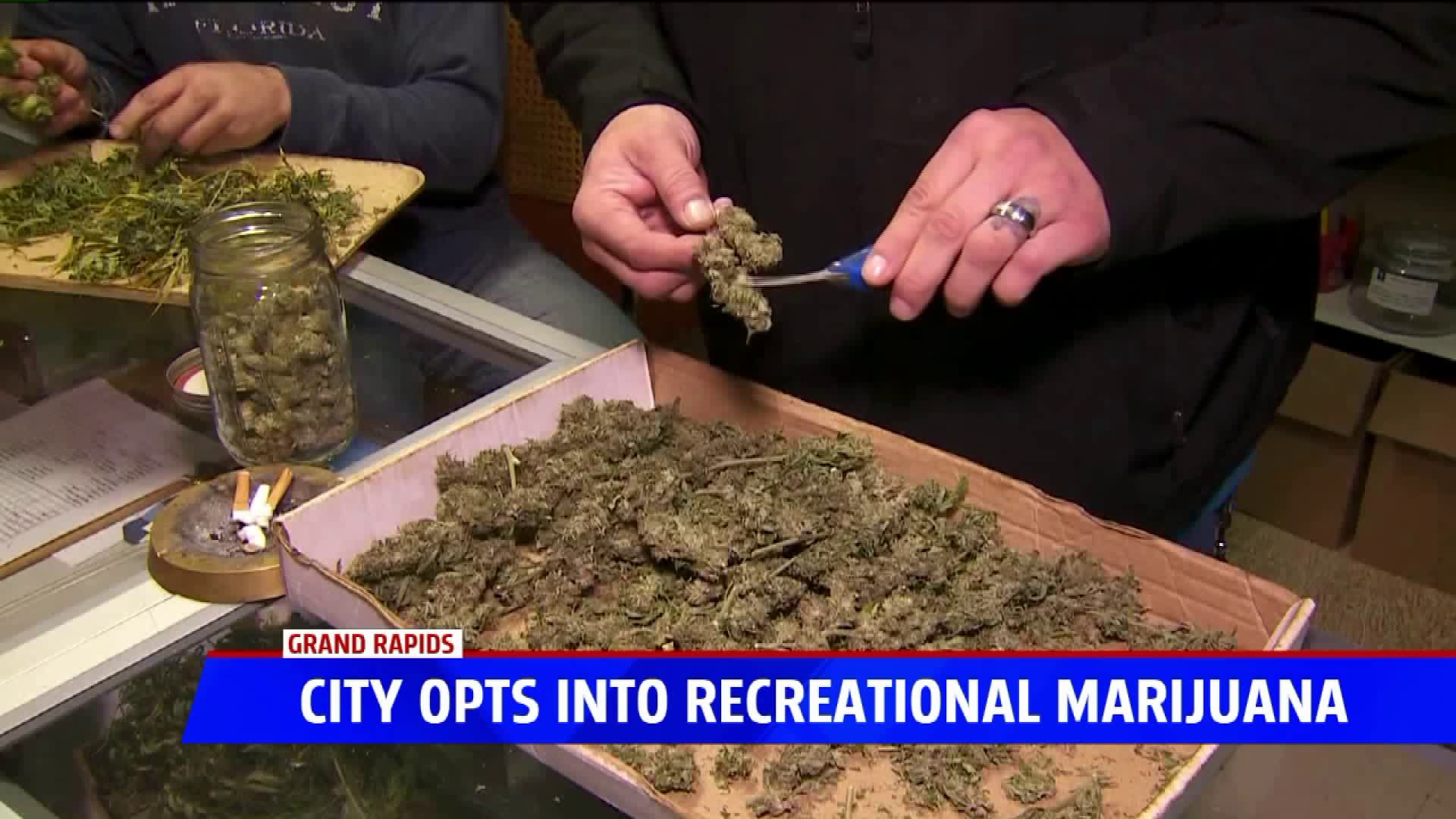 GRAND RAPIDS, Mich. -- The City of Grand Rapids effectively opted in to recreational marijuana facilities opening up in the city, but there's a long way to go.

The city commission unanimously voted to adopt an ordinance that says businesses need a license to sell marijuana in the city, whether it be recreational or medical.

There is no recreational license on the books. At least, not yet. The city planners are still working on that. The point of Tuesday night's vote was to opt-in to recreational marijuana at some point when that license is ready.

The license would regulate land usage. Such as how, where or when marijuana businesses can be open.

The city needed to do this soon, because on Nov. 1 the state starts accepting recreational licenses. If the city didn't have an ordinance in effect, it would be opted in with no official regulatory control.

“This ordinance essentially gave us about six months to develop a land use ordinance for recreational marijuana uses,” said senior planner Landon Bartley.

Basically, Grand Rapids is still writing the rules for recreational licensing in the city but delaying the process until they have a more definitive plan in place.

“The city commission wants to approach this carefully, we have other communities watching us from around the state," Bartley said. "I think they generally want to respect other voters requests."