Mom warns about RSV after daughter is placed in coma 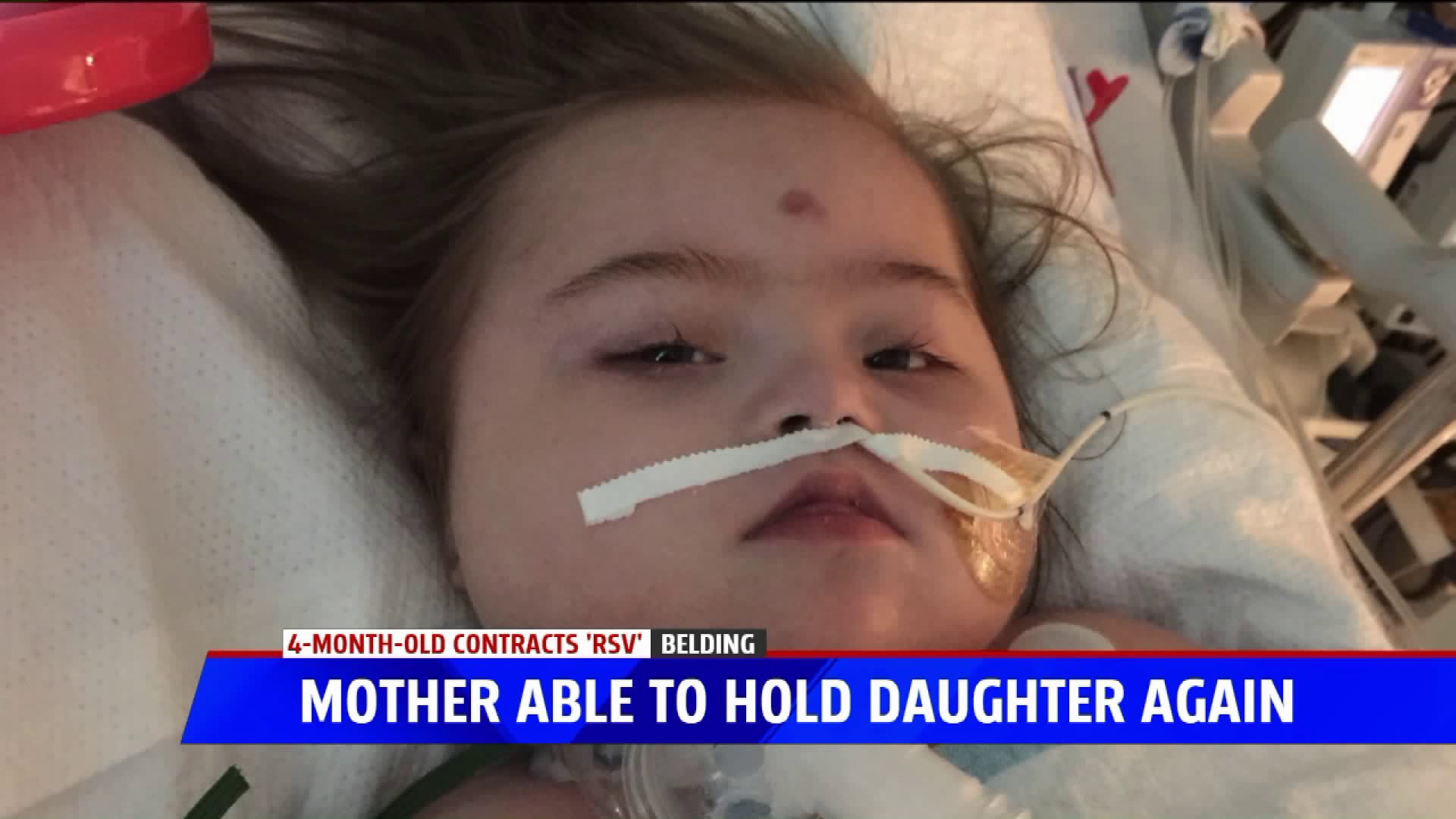 BELDING, Mich. -- A mother from Belding is warning others about a type of respiratory virus, known most commonly as RSV. It stands for Respiratory Syncytial Virus, which causes more infants to go to the emergency room than any other condition, according to doctors.

In healthy adults, RSV presents itself as a common cold. When infants contract it, the virus can cause difficulty breathing, wheezing, coughing and a high fever.

Crystal Lovell's daughter, Hazel, contracted RSV when she was 1. At 4, she has since recovered but still dealing with the after-effects of the virus.

Doctors had to place Hazel in a medically-induced coma and intubate her with a breathing tube.

"I couldn't hold her or anything like that because babies that are that small, if you move them while they are intubated, you can risk rupturing their airway or causing a lot of damage inside," said Lovell. "So I didn't hold her, but I never left the side of her bed for almost four months."

Shortly after contracting RSV, Hazel developed pneumonia as a result of a weakened immune system. Today, Hazel still has a permanent tracheostomy, which allows Hazel to breathe if she can't on her own. She also has a feeding tube. Both are needed after the RSV diagnosis.