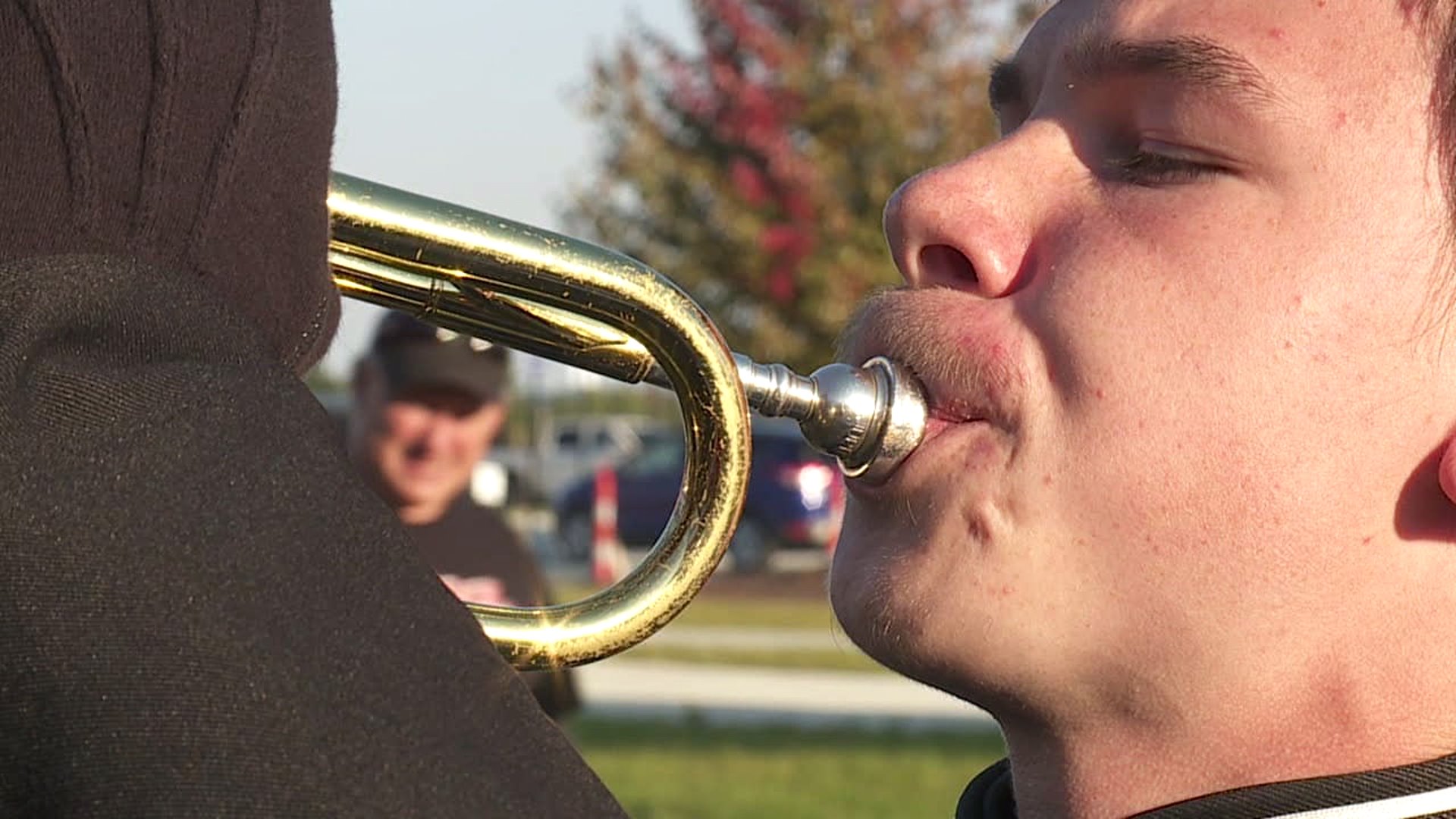 SPARTA, Mich. — It's been a long road to the 50-yard line for Aaron VanKampen.

At just one year old, he was diagnosed with cerebral palsy. But Aaron hasn't let that stop him from his dream of being in the marching band.

We first introduced you to Aaron back in 2007. That's when he got a breakthrough surgery that made it possible for him to walk. By 2013, he was walking on his own.

"Usually, it’s the only thing I’m looking forward to every day, is coming here."

Now, Aaron is a senior in high school. For the last three years, he's played his trumpet from the sidelines as a member of the Sparta Marching Band.

All the walking and standing was too tiring.

“For rehearsal, I didn’t sit down for a good three hours,” Aaron said.

His band director had to make him sit down.

“Because I’m stubborn,” VanKampen said, "and because we have to learn sets, and I wanted to learn them. I don’t want to be sitting out trying to learn them later. I want to learn them now."

Aaron's stubbornness works in his favor. It's pretty clear that he never doubted he would be able to march.

For his mom, Heather, watching Aaron is a miracle.

“You get teary eyed. Like I am now,” Heather VanKampen said. "It’s pretty special because everyone told us he wouldn’t be able to do it. So it’s pretty neat to see him do it."

For Aaron, it's a way to feel a part of something bigger than himself.

“It just helps a lot,” Aaron said. "Usually, it’s the only thing I’m looking forward to every day, is coming here."