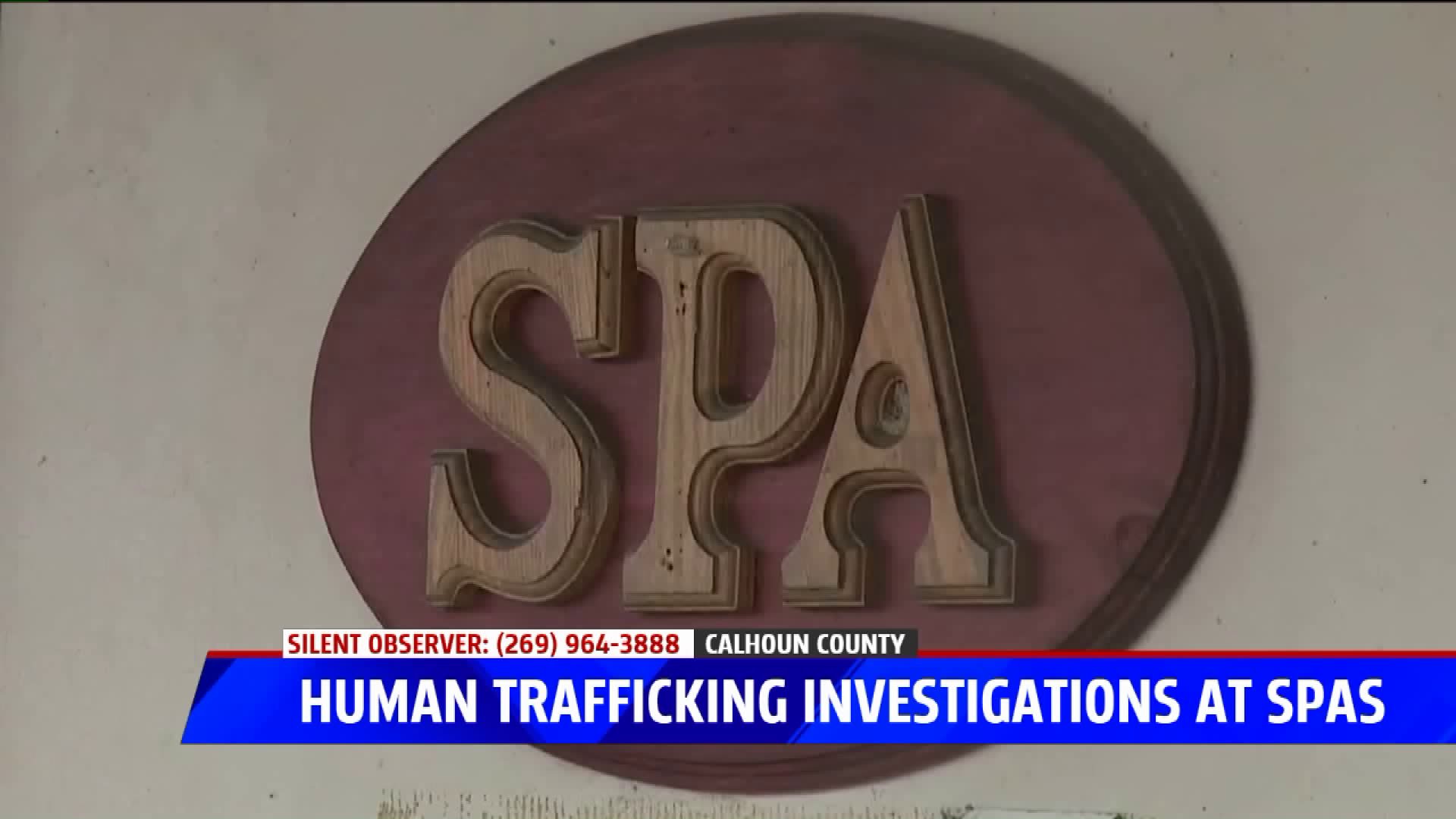 CALHOUN COUNTY, Mich. — The Calhoun County Sheriff’s office is investigating two spas in connection to a human trafficking complaint, stated the department in a press release.

“It’s been an ongoing investigation for a little over a year,” Sheriff Saxton said during an interview at headquarters in Battle Creek. “Through that investigation, we were able to get the search warrants yesterday for documentation and paperwork.”

When the detectives entered both locations, they encountered several people, he said. The detectives seized documents, cell phones and camera equipment.

“Two females where arrested on outstanding warrants,” he said. “Nobody was arrested in connection with this case.”

The investigation is on going, he said. Anyone with information is asked to call the Silent Observer at 269-964-3888.