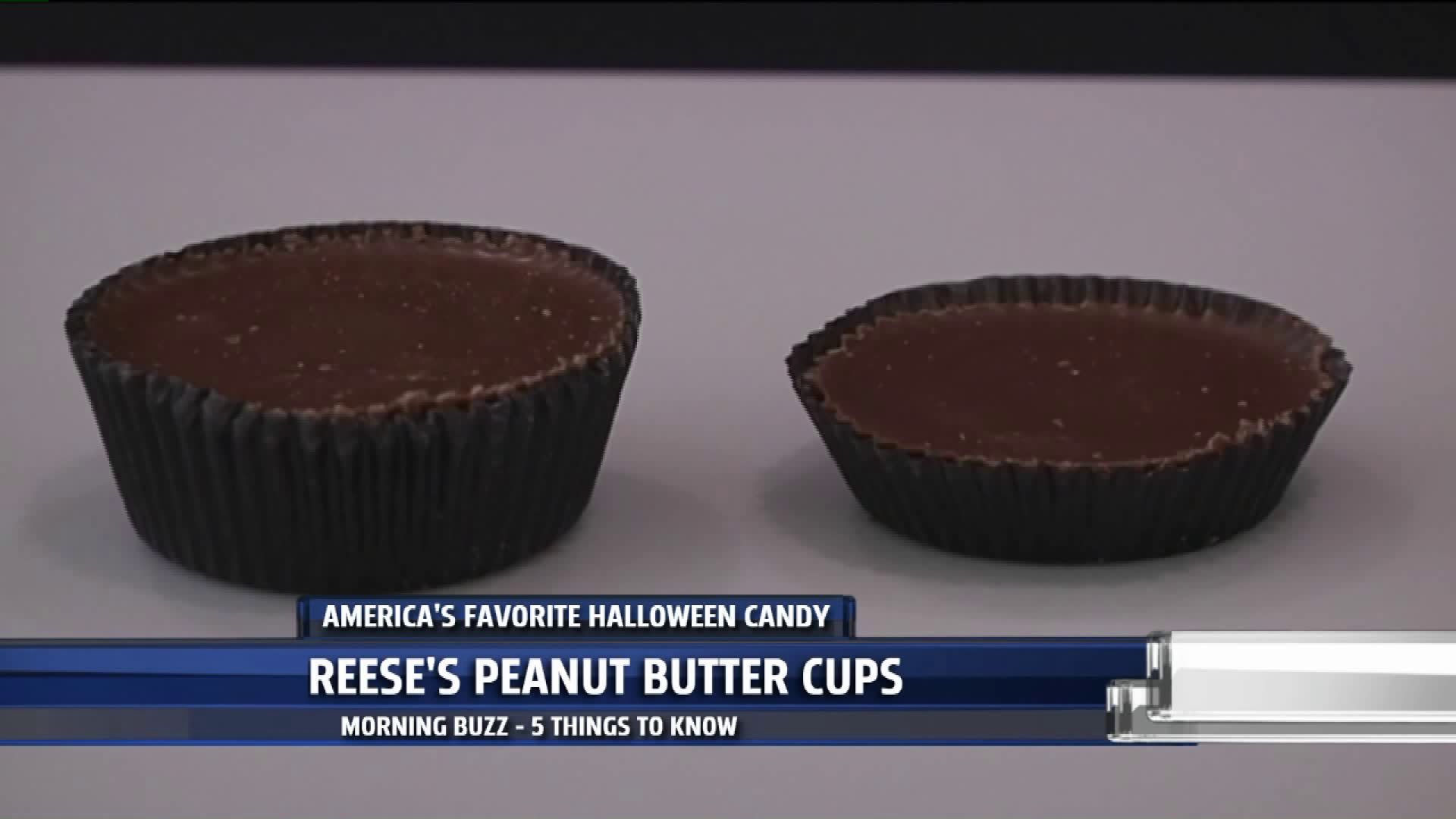 1. Major renovations at Woodland Mall are just about done and they're opening nine new stores this weekend.

After the mall purchased the old Sears property back in 2017, they tore it down and expanded. The new wing includes outlets like Von Maur, Urban Outfitters, Paddle North, and the Black Rock Bar and Grille to name a few.

The new stores open Saturday, and looking ahead, the Cheesecake Factory opens on November 5.

2. West Michigan has a special visitor, Darrel The Barrel.

He's a construction barrel that floated to Muskegon all the way from Milwaukee, Wisconsin, and he's used every second since his arrival to explore the beauty of Muskegon.

Darrel has been downtown to the art scene along with grabbing some candy and cannolis.

3. The results are in for the most popular Halloween candy, and a classic combination takes the cake. Reese's Peanut Butter Cups are officially America's top trick-or-treating treat according to a new poll from Monmouth University.

18 percent prefer Snickers, and 11 percent like M&M's the best.

4. A historic piece of Michigan Architecture and award-winning home is now on the market.

The Balogh House in Plymouth, built in the late 1950s and designed by Michigan architect Tivadar Balogh, is for sale at the price of $750,000. This is the first time the house is leaving family ownership.

Balogh was a professor at the University of Michigan's College of architecture, and the design rendering of the home won a progressive architecture award in 1957 before it was built.

It was listed on the national register of historic places in September 2013.

5. Benjamin Moore is revealing its color of the year for 2020, it's called First Light.

The company describes the color as "a soft, rosy hue blooming with potential.

The Benjamin Moor team says they tried to think of a color that would reflect their excitement for the upcoming ten years.

They also created a larger group of nin hues that go well with first light including Cushing Green, Blue Danube, and Golden Straw.