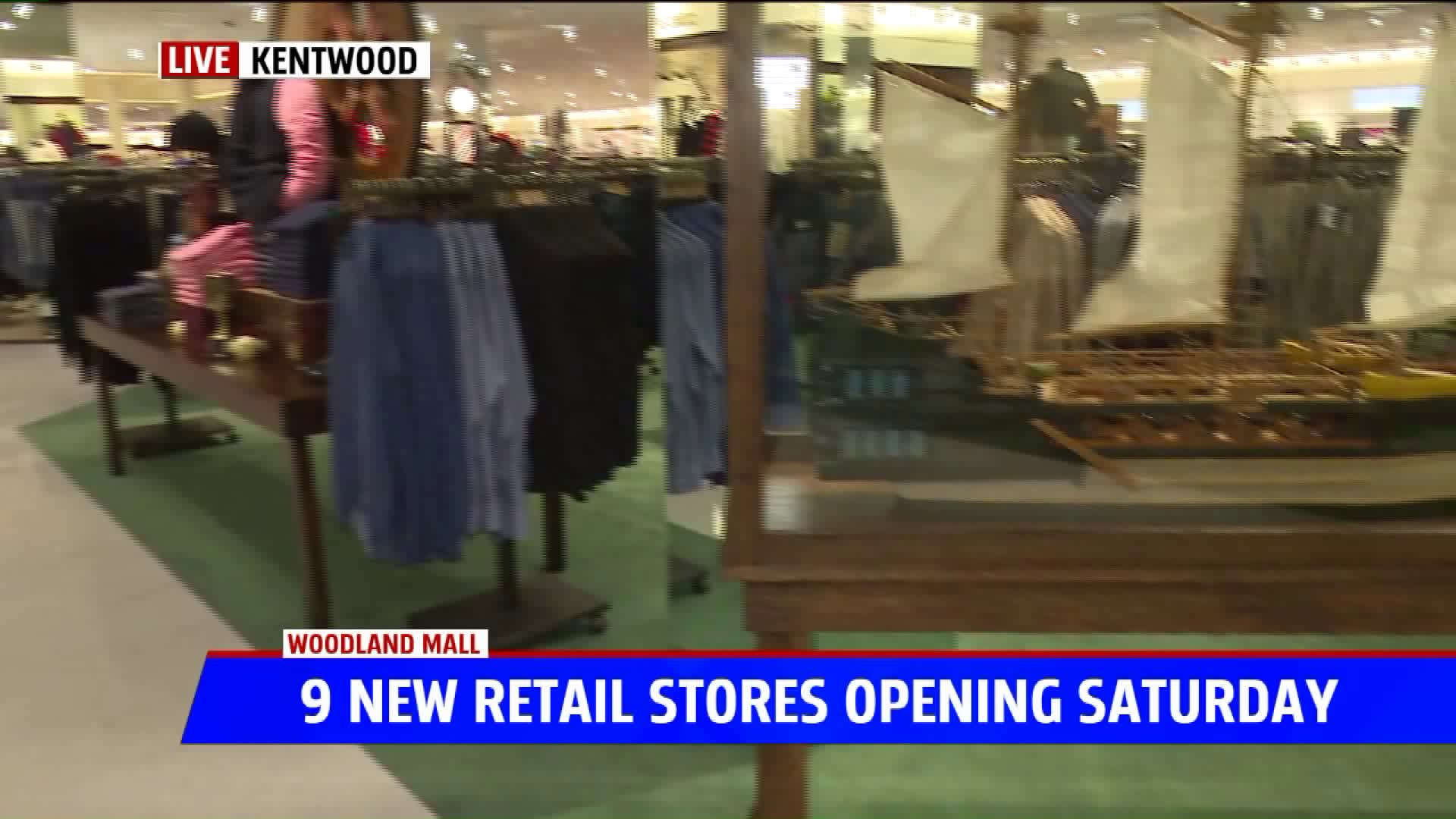 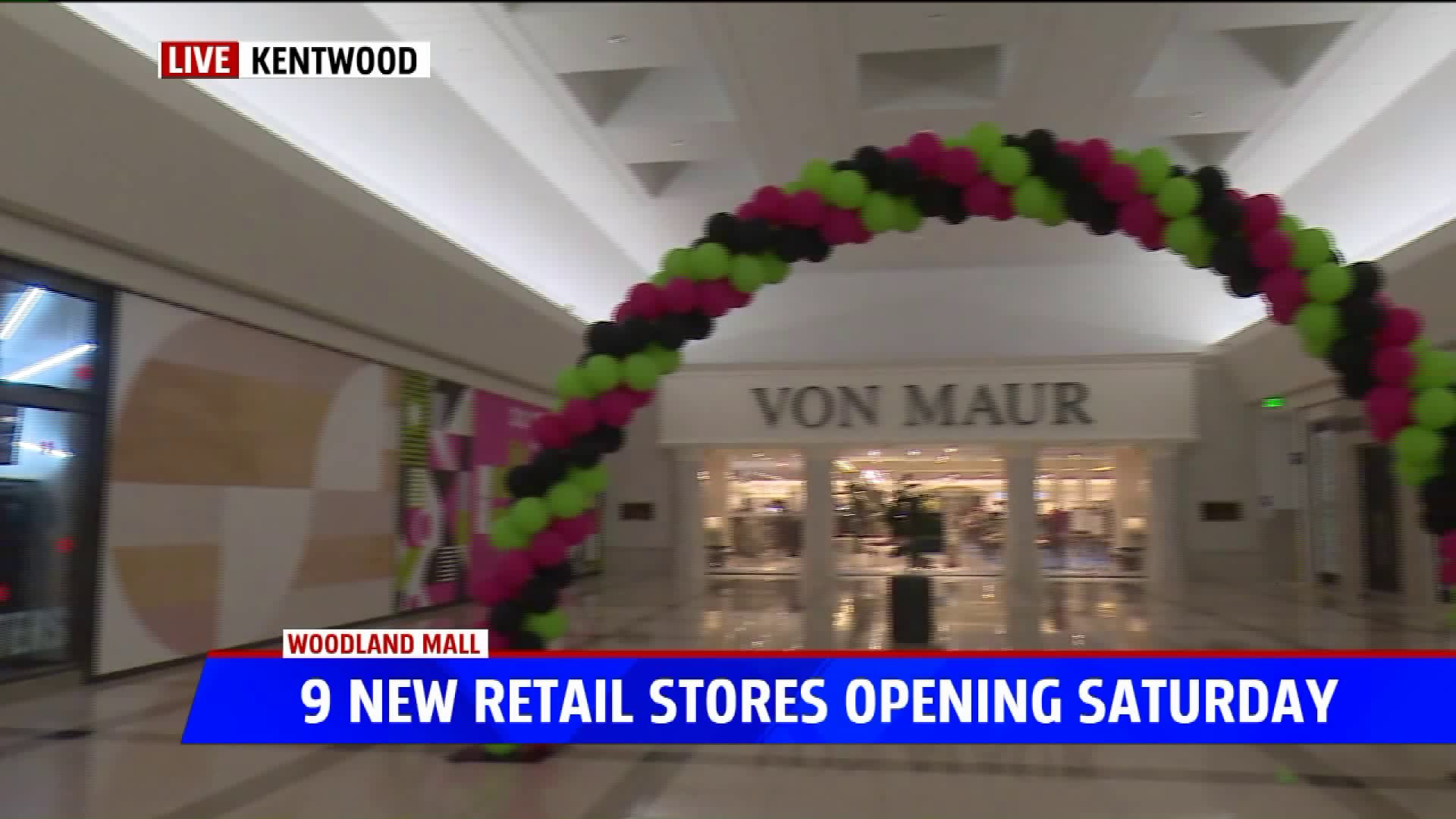 KENTWOOD, Mich. — A total of nine retailers will open this weekend inside the redeveloped Woodland Mall in Kentwood.

The $100 million makeover includes the opening of Von Maur, a new department store.

“Over the past two years, we have invested $100 million in order to continue to create a premium shopping experience in the changing retail environment,” said Cecily McCabe, Woodland Mall marketing director.

“Many of our major redevelopment efforts will soon culminate with the opening of the Von Maur wing and The Cheesecake Factory, along with a number of other destination retailers and an experiential dining offering," she said.

Saturday, Oct. 12 will be an important date to save as several retailers plan to host grand opening events, including Von Maur, Urban Outfitters, Williams-Sonoma, Tricho Salon and Paddle North. The Cheesecake Factory is set to open Tuesday, Nov. 5.

The award-winning steakhouse and another first-to-market restaurant Black Rock Bar & Grill will open in mid-October in the expanded Von Maur wing. As part of its immersive dining experience, guests sear their selection of meat or seafood on hot volcanic granite at their tables. This will be the Michigan-based chain’s first location in West Michigan and its ninth in the state.

Complementing these diverse retailers and restaurants will be Tricho Salon, a best-in-class salon offering a personalized experience with talented stylists and the top hair styles, designs and products, as well as makeup and waxing services. An innovator in the salon business since 2003, Tricho Salons operates 12 locations in the most sought-after markets across the United States.

In addition to welcoming new retail offerings, the mall has had several retailers relocate and/or expand within the mall over the past year, including Apple, Chico’s, Hollister, J.Jill, LUSH, Shoe Dept., Sleeping Tiger, Torrid, Vans and Victoria’s Secret.

Woodland Mall also features an exclusive line-up of other retailers, such as Pottery Barn, The North Face, Dry Goods and H&M, along with several other dining establishments and Celebration! Cinema.

Shoppers can anticipate more new and seasonal store announcements throughout the year as part of its $100 million redevelopment.