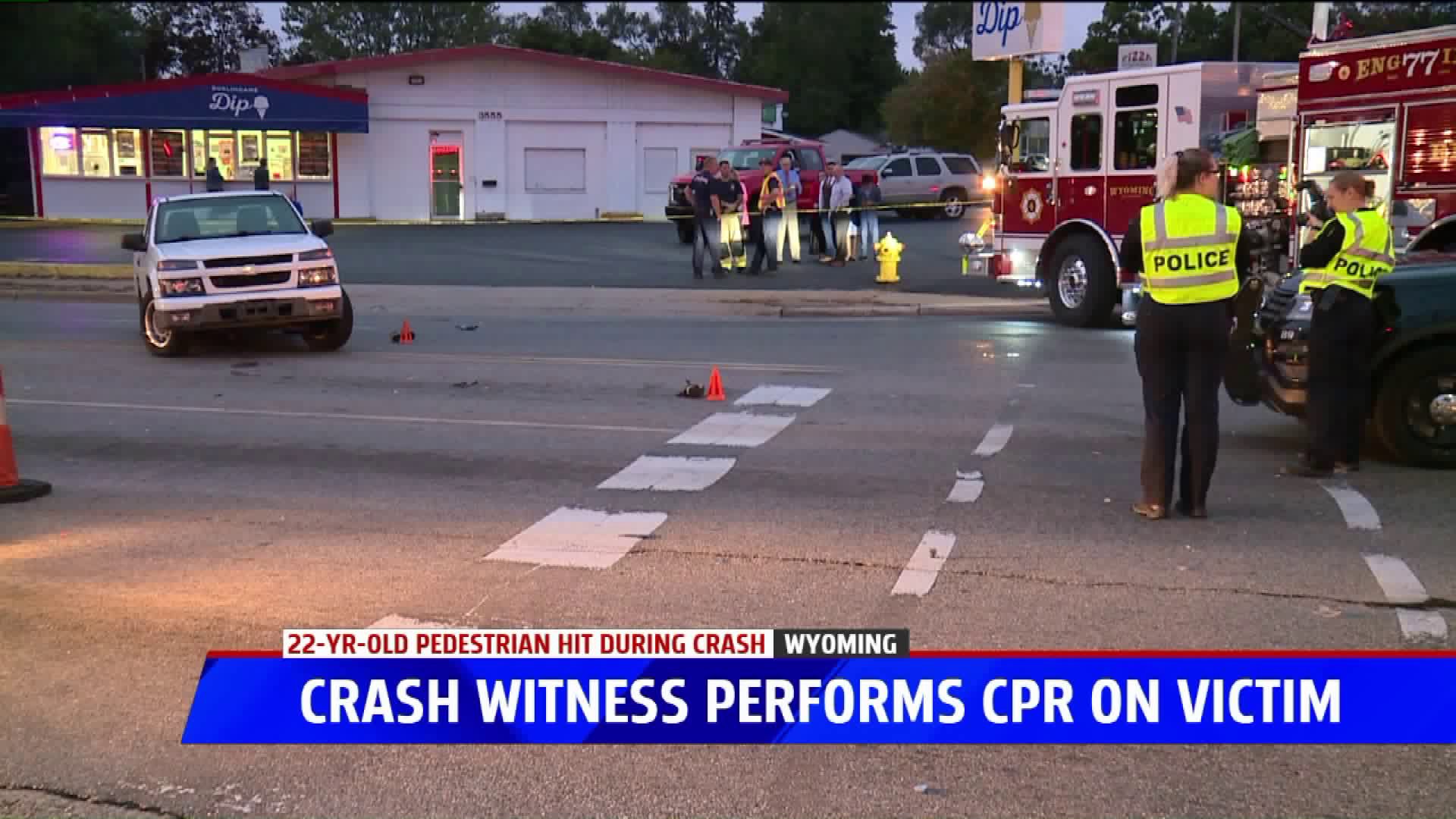 WYOMING, Mich. — A Wyoming woman remains in critical condition after being hit by a car while walking in the crosswalk.

The crash happened at 36th Street and Burlingame Avenue in Wyoming Thursday night.

Police say two cars collided at the intersection, sending one into the crosswalk where a 22-year-old woman was walking.

One of the reasons she ended up making it to the hospital alive is because of some quick, heroics on scene.

A young woman that works at Burlingame Dip, heard the crash and sprung into action before first responders got to the scene.

Eighteen-year-old Makenzie Masunas was working her normal shift at this local ice cream shop, when she heard the crash and without thinking twice she ran to help.

"Immediately I knew once she was unconscious make sure the scene was safe, go in there, start doing compressions, clear her airways," Masunas said.

"I grabbed my phone, called 911 and because she was unconscious I started CPR and that was going well and somebody else took over for compressions, and I was just holding her in my lap and a couple people came into help with compressions too and we got her pulse back," Masunas explained.

Masunas says they got the victim's pulse back right before EMTs arrived and took over, they rushed her to the hospital where she remains in critical condition.

That help turned out to be invaluable and why she's urging others to get CPR training.

Police have not yet released the victim’s name.

Right now, it’s unclear if any of the drivers in this case will face charges.