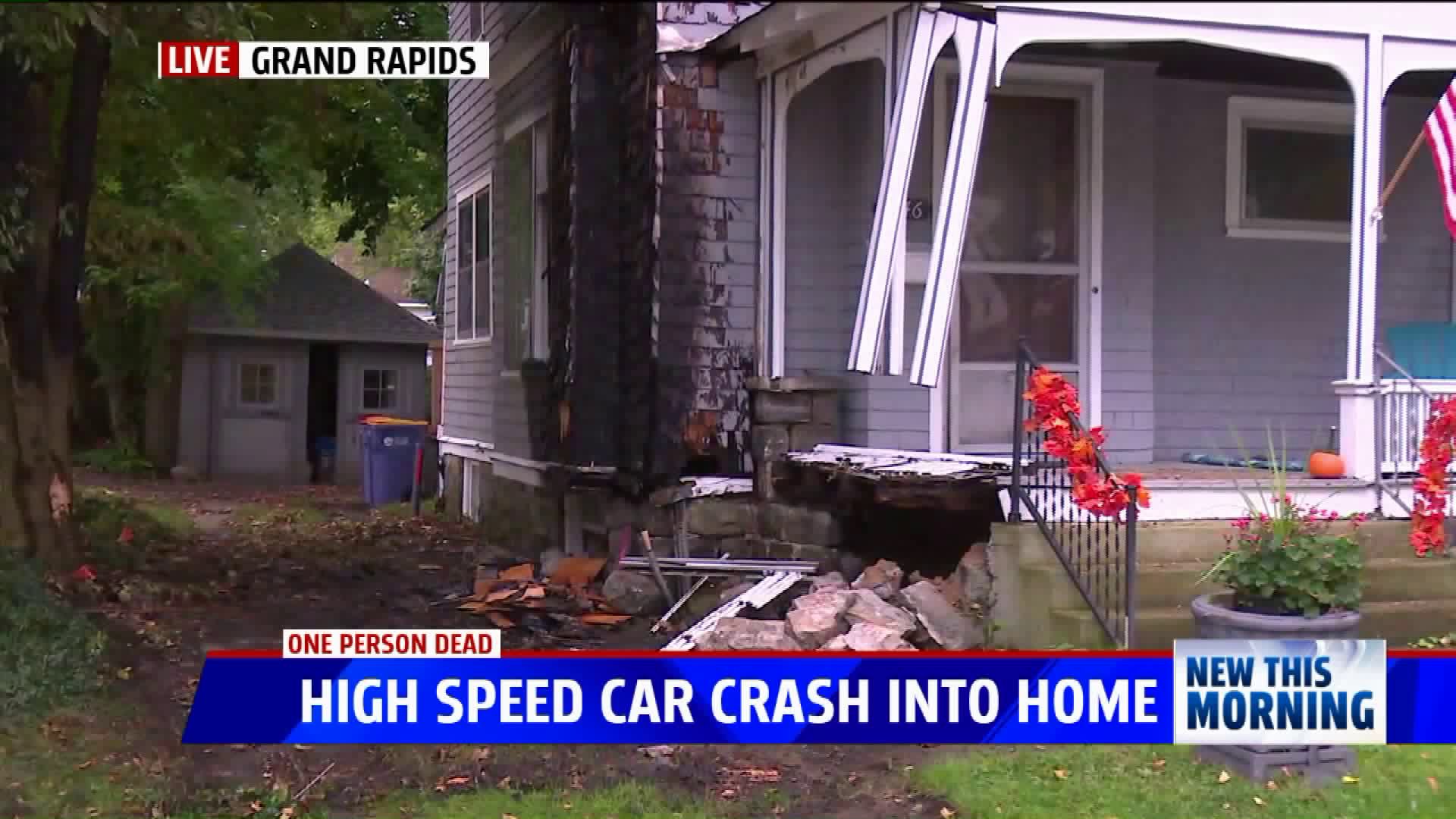 GRAND RAPIDS, Mich. — A driver died early Sunday morning after they crashed into a home at high speed, setting their vehicle on fire.

The crash happened at a house near Lake Drive and Fuller Avenue around 2:30 a.m., according to the Grand Rapids Police Department.

Officers responded to the scene, where they found the vehicle engulfed by the flames.

First responders found a natural-gas line had been damaged in the crash, and is believed to be the cause of the fire.

GRPD has not identified the driver.

Fuller Avenue was closed between Hope Street and Lake Drive but is now open again to the public.

Officials are still investigating the case.